According to a new report, Tempe is ranked the number one safest city for cyclists in Arizona. It's ranked 19th safest overall in the U.S. 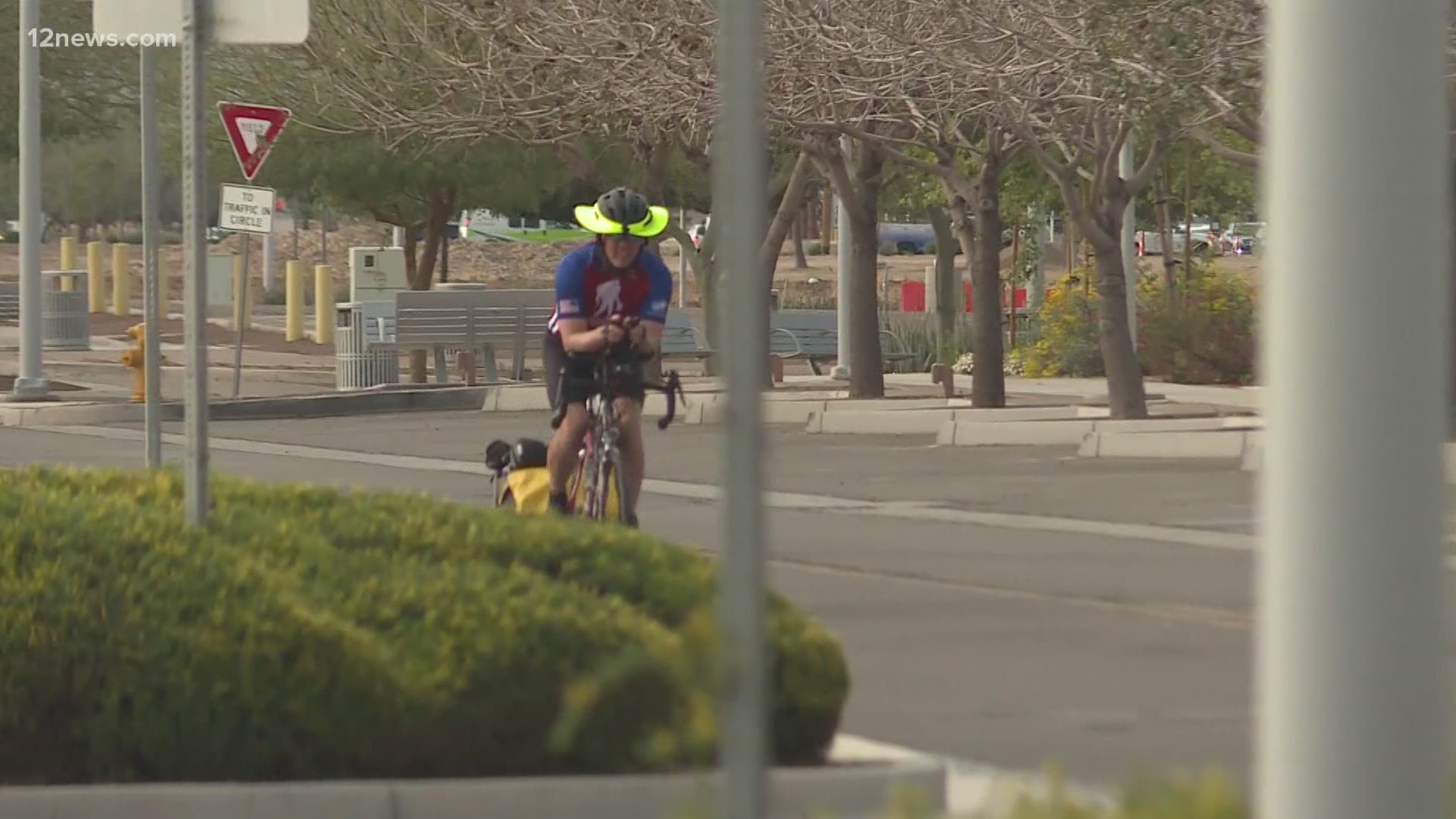 TEMPE, Ariz. — May is National Bike Month, a time to remind ourselves to pay attention to the roads and keep bicyclists alive.

Nearly 1,000 bicyclists were involved in crashes in 2019 in Maricopa County alone. Of those hundreds of bicyclists crashes, 19 people died.

In Tempe, there's an ongoing effort to protect cyclists. According to a new report, the city is ranked the number one safest city for cyclists in Arizona. It's ranked 19th safest overall in the U.S.

The report from Your Local Security looks at data from census.gov, the National Highway Traffic Safety Administration, and more.

The City of Tempe's TaiAnna Yee, said when the city is planning bicyclists are at top of mind.

"We know that streets aren't only for vehicles," Yee said. "You have pedestrians and transit users and bicyclists on them, so when we plan new projects we try to plan for everyone who will be using it."

There are more than 200 miles of bike-way in Tempe, and bicyclists like Stevie Milne love pedaling their way through town. Milne is the president of the Tempe Bicycle Action Group.

"They've reached out to the Tempe Bicycle Action Group multiple times to do city studies to get feedback from us, and I think that's so important," Milne said. "It shows they actually care."