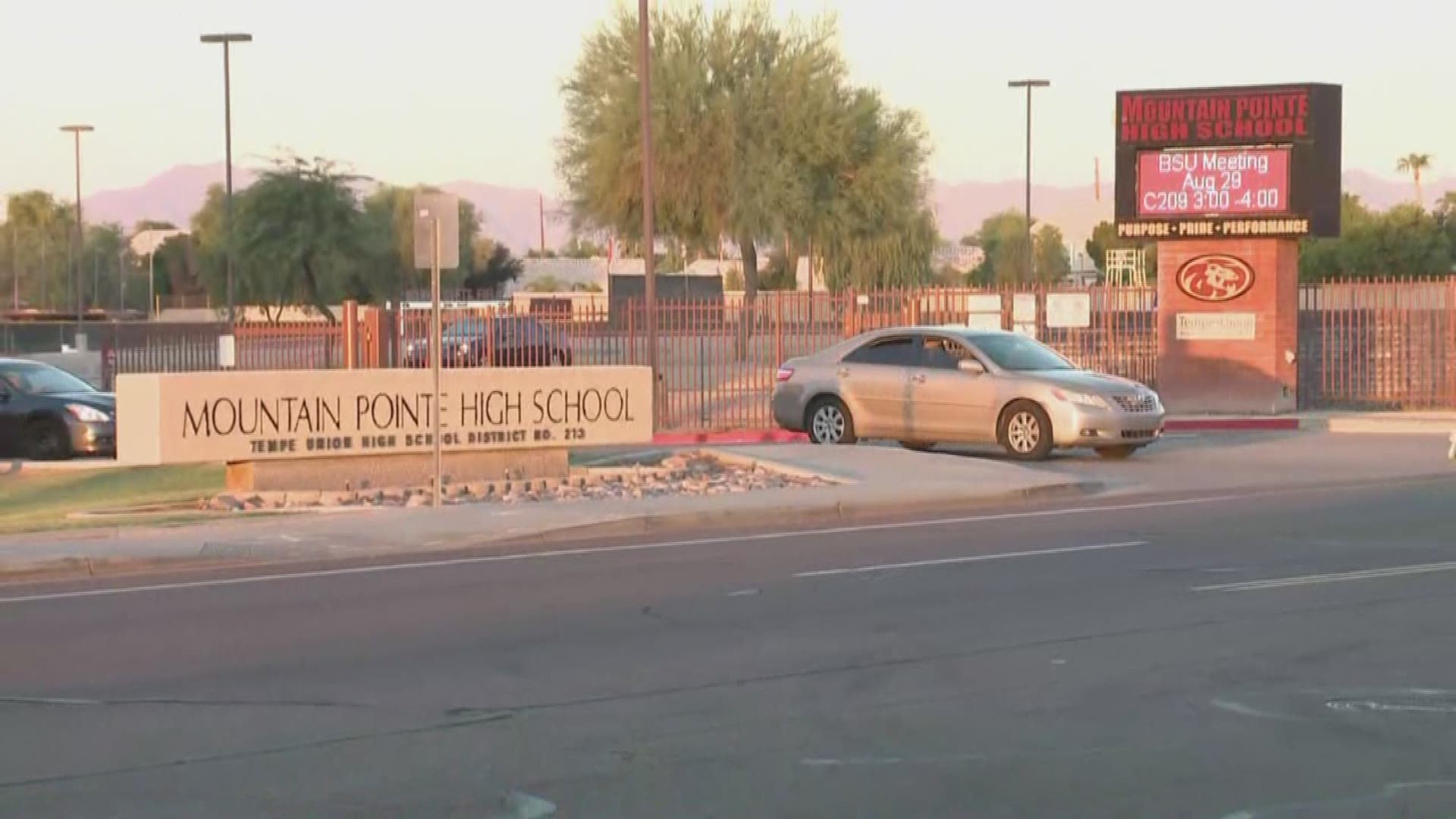 A 14-year-old boy was arrested late Thursday after posting threatening messages on social media, according to the Tempe Police Department.

He faces charges of interfering with an educational institution, a Class 6 felony that could put a teenager in the juvenile corrections system, according to Detective Natalie Barela, a Tempe police spokeswoman.

He faces an additional charge of using an electronic device to terrify, intimidate or harass - a Class 1 misdemeanor.

"Every kid is on a phone, every kid is on social media, and you want them to understand there are significant penalties when making these kinds of threats," Barela said Friday.

A message sent to parents of Mountain Pointe High School students Thursday evening from the school asked parents not to share the threatening post. It also asked parents to stop their children from sharing it.

The school's original message said the administration was aware of the threat which was already being shared on social media by students. According to the school, the threat implied there would be a school shooting.

According to the school's message, there is no reference to Mountain Pointe in the original threat and "several other Valley schools" had students reporting and sharing the post.

The school sent out a followup message just before 10 p.m. Thursday saying there was no threat to the school and "we look forward to welcoming all students to campus" Friday.

Tempe PD said it would work with the Phoenix Police Department Friday to provide an "additional police presence" around campuses.