Eric Reyes, a California resident, was injured in an ATV accident Saturday in Tonopah, Arizona. 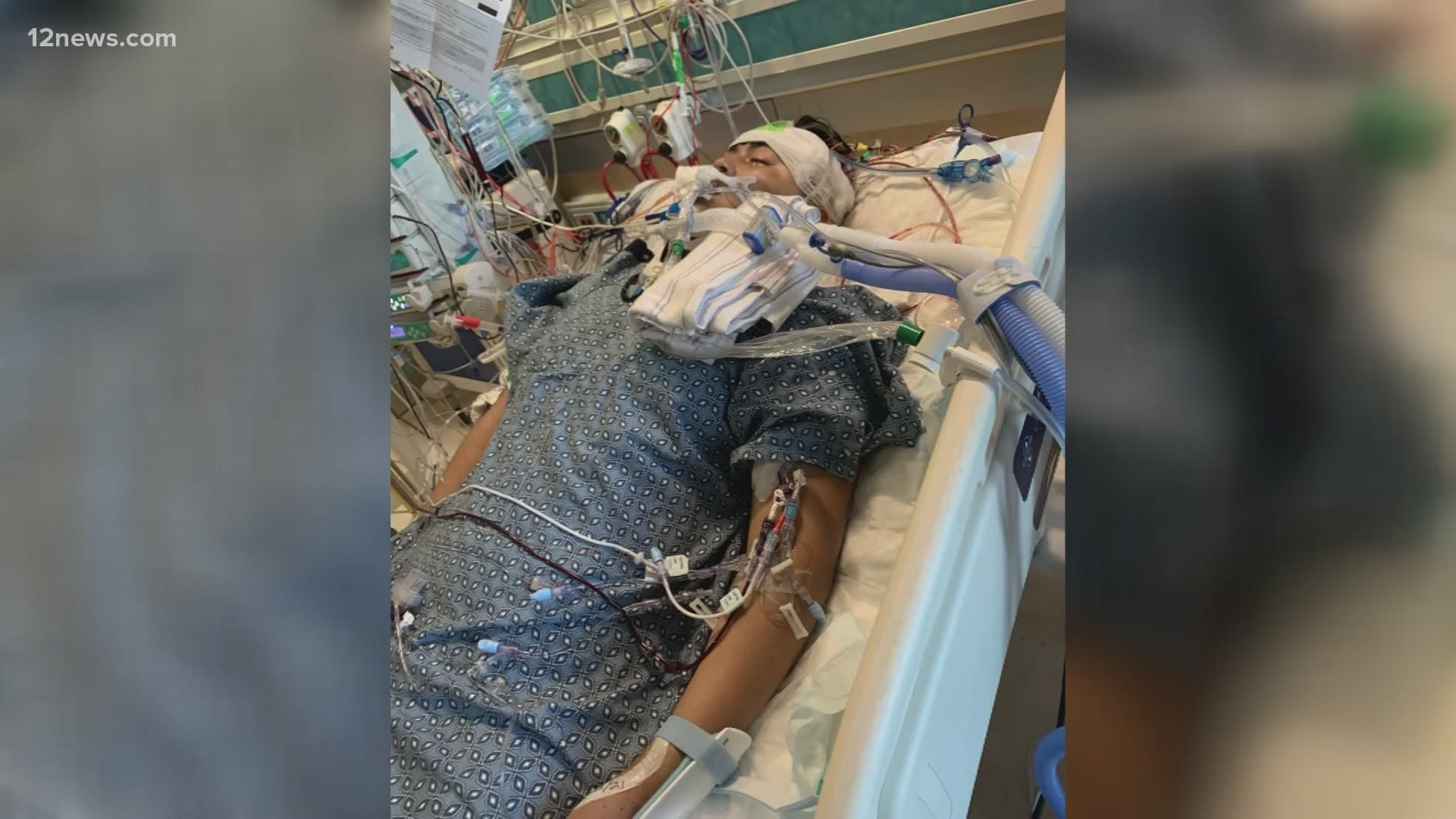 TONOPAH, Ariz. — A 17-year-old teen is fighting for his life after an awful ATV accident.

Eric Reyes, a California resident, was injured in an ATV accident Saturday in Tonopah, Arizona. His family says he is in critical condition and unresponsive.

Eric spoke to his sister just days before, telling her he was going to ride an ATV for the first time.

“I walked in and I saw him. I just started crying,” said his sister Gabby Reyes.

Eric went on the trip with a group of friends.

“I just saw the ATV it was like on the dirt road and then he was laying there on the ground, and we were just calling his name and called 911,” said Bryan Ramirez a friend who was also on the trip.

Doctors say injuries to Eric’s brain may make it hard for him to use the right side of his body.

“There is a possibility that he might not even make it,” said Gabby.

His head took most of the impact. He wasn’t wearing a helmet. None of his friends were. His friends now regret that decision.

“I recommend you wear your helmet at all times because again there could be an accident,” said Ramirez

Now, Eric’s family is just hoping he wakes up.

“He’s what makes us us and without him nothing would be the same,” said Gabby.

The family has set up a GoFundMe to help out with his medical expenses.