The Peoria High School freshman was hit by the car while crossing the crosswalk right in front of his school. 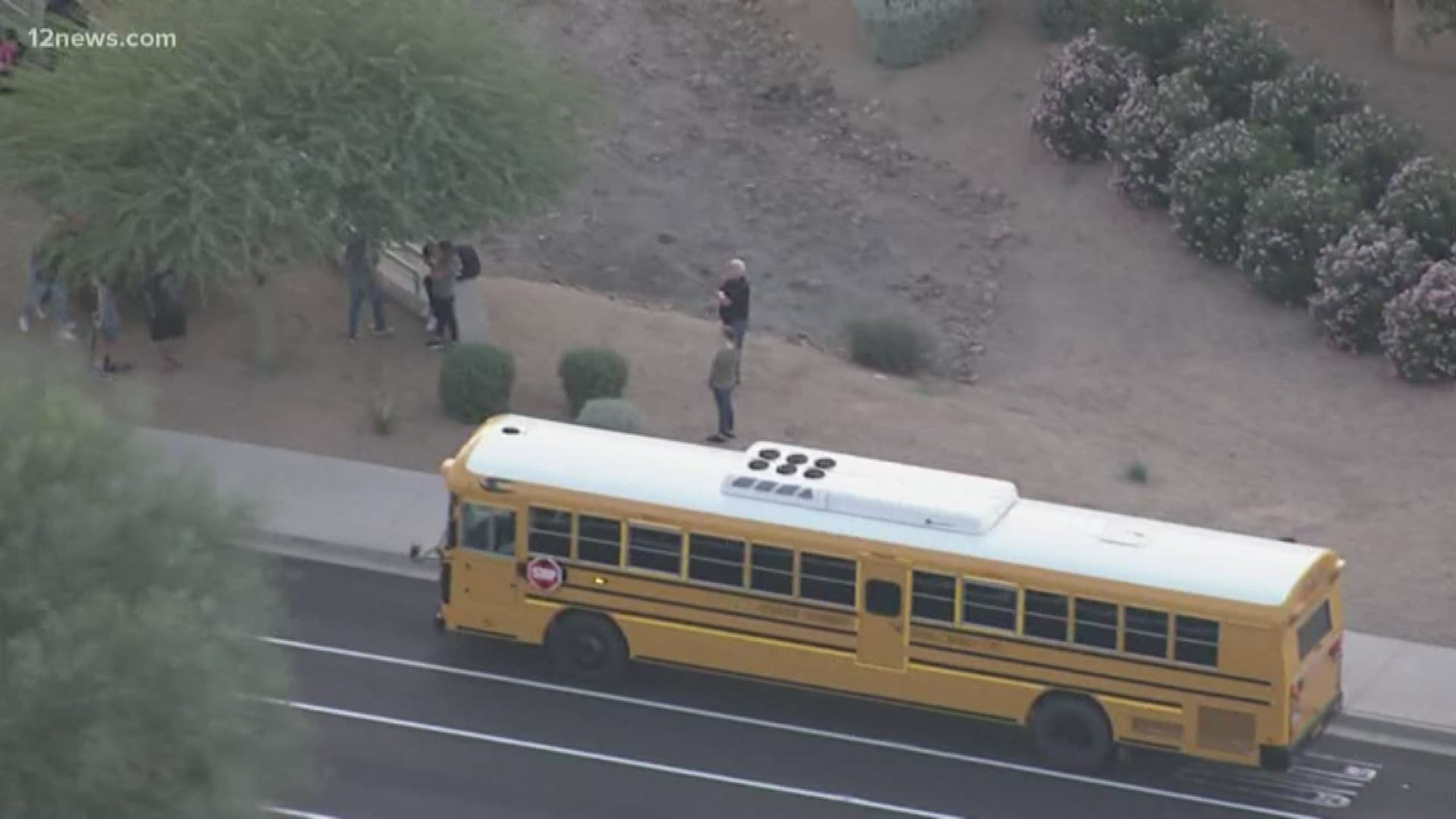 PEORIA, Ariz. — A 14-year-old Peoria High School freshman died of his injuries after he was hit by a car while crossing the street on his way to school early Friday.

The Peoria Police Department said the student was crossing 83rd Avenue in the crosswalk just south of Shangri La Road around 8 a.m. when he was struck by a driver who was driving northbound on 83rd Avenue and failed to yield to him.

The crash occurred right across the street from Peoria High School. The crosswalk lights were flashing when the student was crossing the street, police said.

The teenager sustained "extensive injuries" and was transported to a local hospital with life-threatening injuries. He died just before 9 a.m.

It was the second car accident that killed a pedestrian or bicyclist in the Valley on Friday.

The driver was not injured in the crash and has fully cooperated with the investigation.

Impairment does not appear to be a factor in the crash, but speed and distraction are still being investigated.

No arrests have been made or no citations issued as of Friday afternoon, police said.

The roadway was closed for several hours but has since reopened.

In a statement, the Peoria Unified School District said students were informed of the tragedy and the Crisis Response Team is on campus helping students and staff "work through their grief.

"We would like to extend our sympathies to the family and all who knew and loved this child. We are truly devastated by this loss, and we send our heartfelt condolences out to the entire Panther family," part of the statement read.

• Pedestrian hit and killed in Phoenix

• More than 110 pedestrians were killed in Phoenix last year. The city is working to change that.