The hotel says it is halting reservations until further notice after Friday night's storm caused flooding and generators to breakdown. 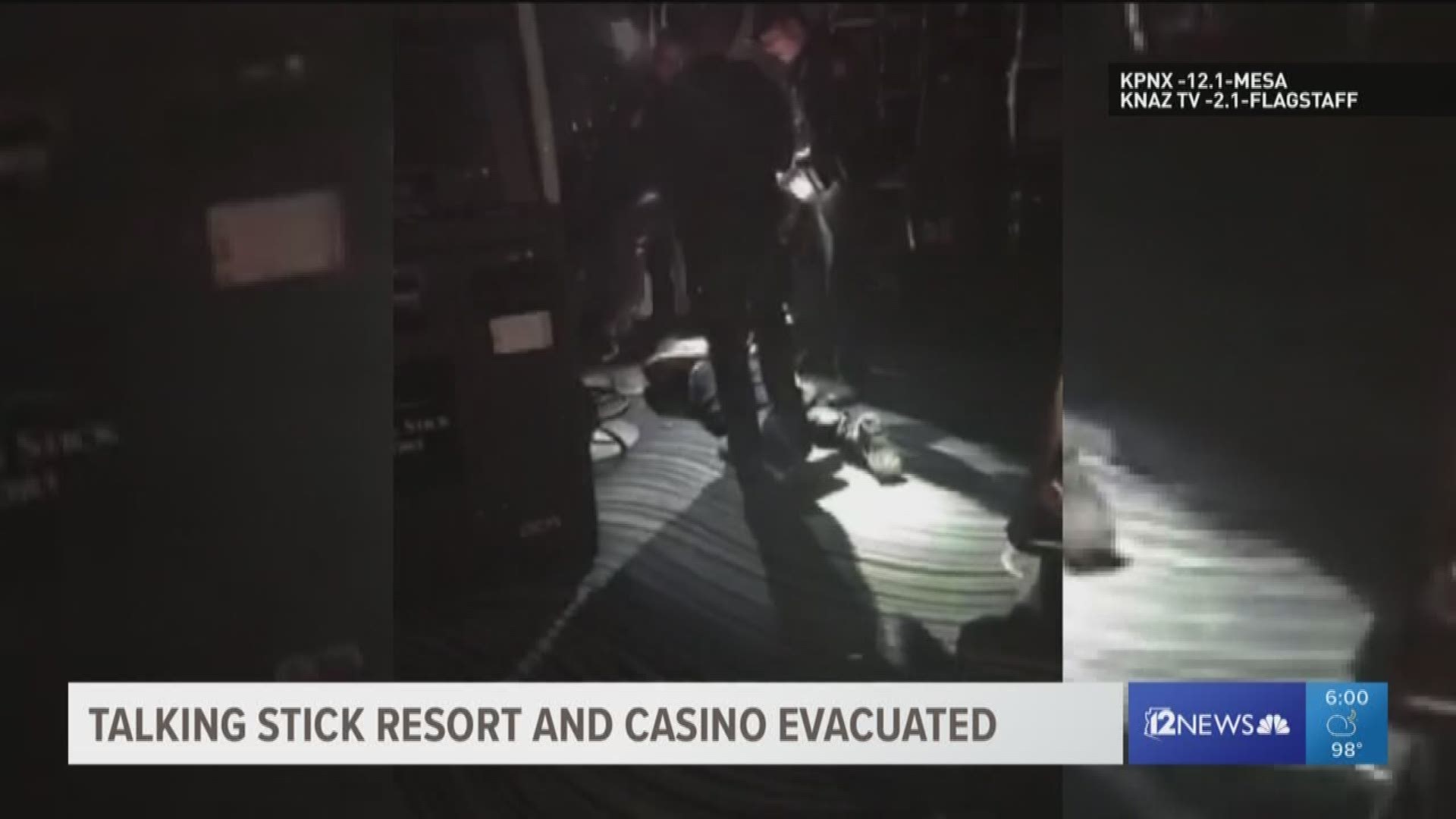 The hotel and casino will remain closed Saturday. Hotel reservations have been halted and all property events have been canceled until further notice, a press release read.

Mike Pamula, a casino guest, said the power went out around 2 a.m. He says he was in the casino at the time and was terrified.

“I sat there in terror hoping to not get robbed or the place, to not be held up or something. People were moving around frantically.”

Pamula said the employees had no idea of how to handle the situation and they kept saying they’ve never been through a similar situation.

Scottsdale and Salt River police departments showed up and asked people to leave the property due to the power outage.

He said he had put a “significant amount of money in the machine” and decided to stay until they had a resolution.

“Two hours later, they finally took down my info and machine number in a picture. But that was about it, no assurances what so ever [about the money]”, Pamula said.

The Salt River Police Department said no one was hurt.

The outage happened is interrupting the 14th Annual Arizona State Poker Championship. The tournament started Friday and was scheduled to end Tuesday. It will be postponed trough Monday.

The hotel is asking anyone with hotel reservations to contact the resort at 866-877-9897 to receive further information.

Last night’s severe storm and flooding caused Talking Stick Resort’s main generators and back-up generators to malfunction, resulting in the complete loss of power across the property. All guests were immediately evacuated and we initiated our temporary closure protocols.

Hotel guests are currently being provided transportation and relocation to nearby hotels at no cost to them. Reservations have been halted and all property events have been cancelled until further notice. Individuals with existing hotel reservations should contact the property at 866-877-9897 to receive further information.

Steps to address the individual circumstances of the guests who were on the gaming floor at time of the evacuation are also being implemented. Individuals who exited the property with gaming chips can exchange their chips for cash the moment the hotel reopens. Slot machine players who were unable to redeem slot tickets can also come to the property upon reopening and contact a slot shift manager on duty.

The safety and comfort of our guests is our top priority and we apologize for any inconvenience. We are working through the impact of the storm as quickly as we can. Our intention is to have Talking Stick Resort fully operational as soon as possible. Our website, www.talkingstickresort.com, will provide ongoing updates as they are available.