Suspect bailed out of stolen SUV before it flew 500 feet off cliff, DPS says

DPS says 29-year-old John Felipe Jaimes jumped out as the SUV was going over the edge and was found in a tree on the canyon's rim. 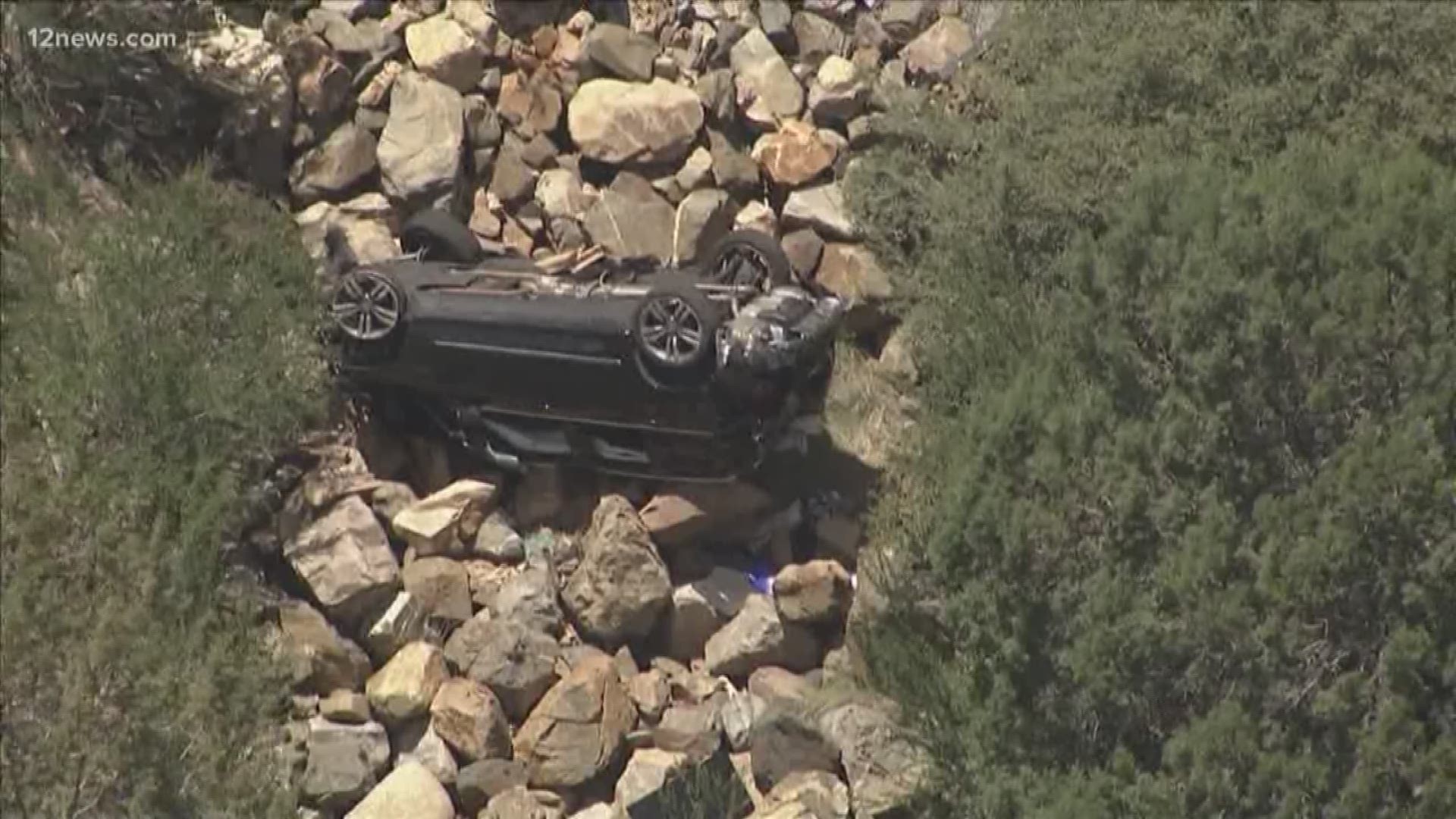 A hot pursuit, with speeds hitting 100 miles an hour and several close calls, ended with a suspect’s stolen SUV flying 500 feet off an Arizona cliff. Police said the man on the run bailed right before that and was later found in a tree.

The 29-year-old suspect, John Felipe Jaimes, is now behind bars facing a slew of criminal charges, including failure to comply with a police officer, endangerment, false reporting, two counts of aggravated DUI and criminal damage.

According to the arrest report by the Arizona Department of Public Safety, troopers were searching for a vehicle reported stolen on State Route 74 near Interstate 17 Monday night.

They located an SUV matching the description and started to follow it, but it sped up and ran through a red light, the report says. A pursuit started.

Jaimes allegedly reached speeds of more than 100 mph. At one point, the suspect got on the wrong side of the road and nearly missed hitting a state trooper by less than five feet, DPS said.

The arrest report also states that the Las Vegas resident tried to highjack two other vehicles but was unsuccessful.

The suspect would get on the wrong side of the road again, according to the report. Troopers said they used spike strips to stop Jaimes and were able to blow off one of his tires, but he still kept going.

According to court documents, shortly after 10 p.m., the stolen SUV ran off the road and flew off a large cliff into a canyon off US-89 near milepost 303. Jaimes jumped out as the vehicle was going over the edge of the cliff.

DPS said Jaimes was found hiding in a tree on the canyon's rim and was treated for minor injuries.

Troopers arrested him and said the suspect would not identify himself at first.