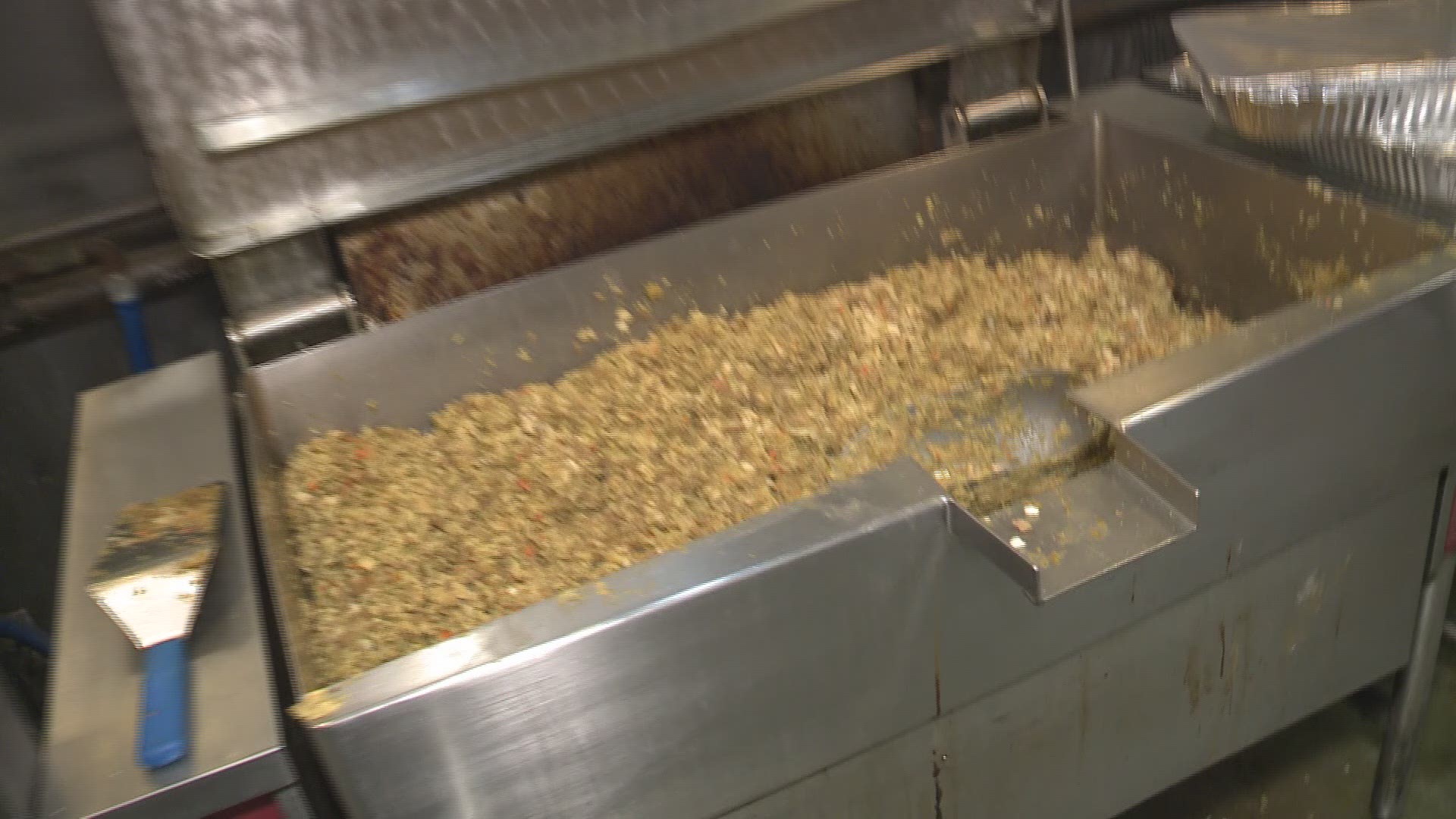 PHOENIX, Ariz — St. Vincent de Paul staff and volunteers have been working hard for a week to make sure 5,000 people in the Valley eat a good Thanksgiving meal.

"We did about 500 turkeys, cooked them, sliced them, got them all ready for today," Chef Chris Hoffman said.

The smell of herb-rich stuffing was in the air Thursday morning at the downtown Phoenix campus. Staff was still hard at work in the industrial size kitchen as they cooked mashed potatoes and gravy in four 100 gallon kettles.

"We figure if they come out to eat at our dining rooms we can make them a nutritious meal using good products," Hoffman said, "So they have a little eat with dignity so they're not eating out of a trashcan."

More than $300,000 raised on Turkey Tuesday this year is helping fund the meals.

St. Vincent de Paul estimates hundreds of volunteers are helping prepare and serve meals in the five dining halls across the Valley Thursday.

Many arrived early to the downtown location, spending time cutting vegetables, and laying out food on trays.

Tamika Walton, a volunteer, spent part of the morning quickly cutting through a box of potatoes.

"It's a time for family, fun, food, so for anybody that doesn't have that I'm more than happy to come out and volunteer my time, my food is all done at home," Walton said.

Volunteer Joci Pastrana came to the kitchen to help out as her family doesn't live in Arizona. She said helping make food for others helps her find a connection on the holiday, both emotionally, and literally a connection for dinner.

RELATED: Thanksgiving may be here, but you can still donate

"No matter where you go, and where you're at, you can always find someplace and meet cool people like Loraine who invited me to her house," Pastrana said.

"I grew up in a big family we're all very welcoming, my husband used to collect strays, not like you're a stray," Loraine Ortega said to Pastrana. "But I enjoy that."

The main hope of working hard for a week straight, and getting up early on the holiday is that more people can share a hearty meal.

"Hopefully they'll leave with a smile on their face and a full belly," Hoffman said.