12 News obtained handwritten notes taken by the school principal as he separately interviewed four students about the relationship between the former sixth grade teacher and the 13-year-old boy. 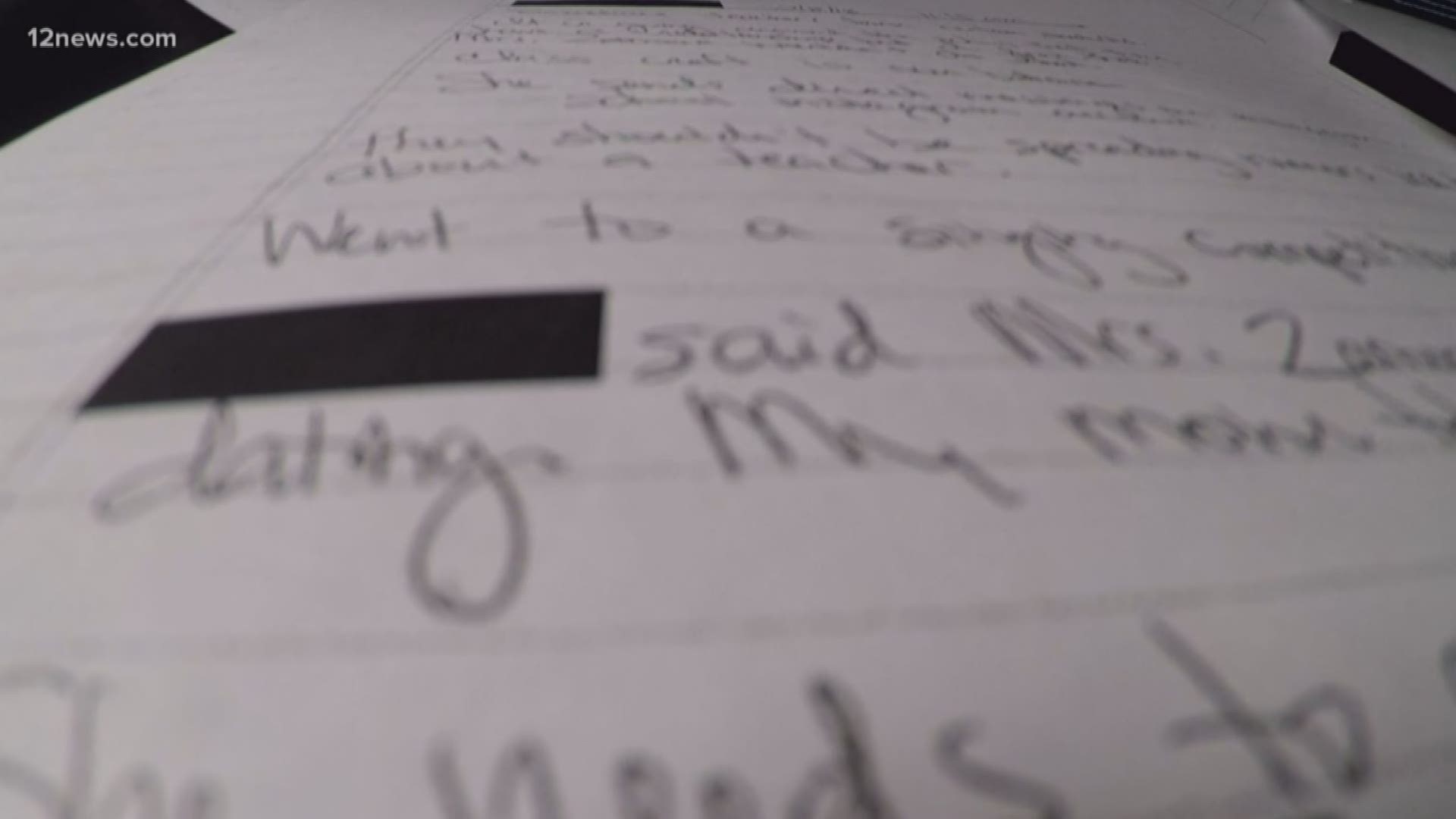 GOODYEAR, Ariz. - New documents obtained by 12 News reveal that students at Las Brisas Academy came forward to the school principal more than a month before former sixth grade teacher Brittany Zamora was arrested. They said they believed she was dating the student she is now accused of molesting.

12 News obtained handwritten notes taken by Principal Tim Dickey as he separately interviewed four students about the relationship between Zamora and the 13-year-old boy.

The documents are dated Feb. 8, which is well over a month before Zamora was arrested for allegedly having sex with the teenager.

According to Dickey's notes, students told him alarming things about the student-teacher relationship in question:

"Mrs. Zamora and [redacted] are in a relationship."

"He doesn't do any work and gets straight A's."

"It is going around the school that they have a relationship, but I feel that Mrs. Zamora wouldn't do that."

"I've heard other kids in my class say that they think they are dating."

"Everyone talks about them having an inappropriate relationship outside of class and at recess."

"There were some rumors. He looked into those rumors but he felt like in the long run, this was information that you might typically hear from sixth graders," said Rundhaug.

The principal said there was evidence to show that Zamora was possibly favoring the student but nothing more.

A month and a half after that conclusion was made, the student's parents brought the principal sexually explicit messages and photos between Zamora and their child. She was arrested the next day.

Zamora has pleaded not guilty to multiple counts of sexual misconduct with a minor and molestation.

12 News reached out to the school district after receiving the notes. They had no comment.

You can read all the notes here.