'Thank you for being you': Struggling Phoenix server gets loving gift from coworkers, customers

Misty Morrison is a single mom working two jobs hit by a series of tough events in 2020. 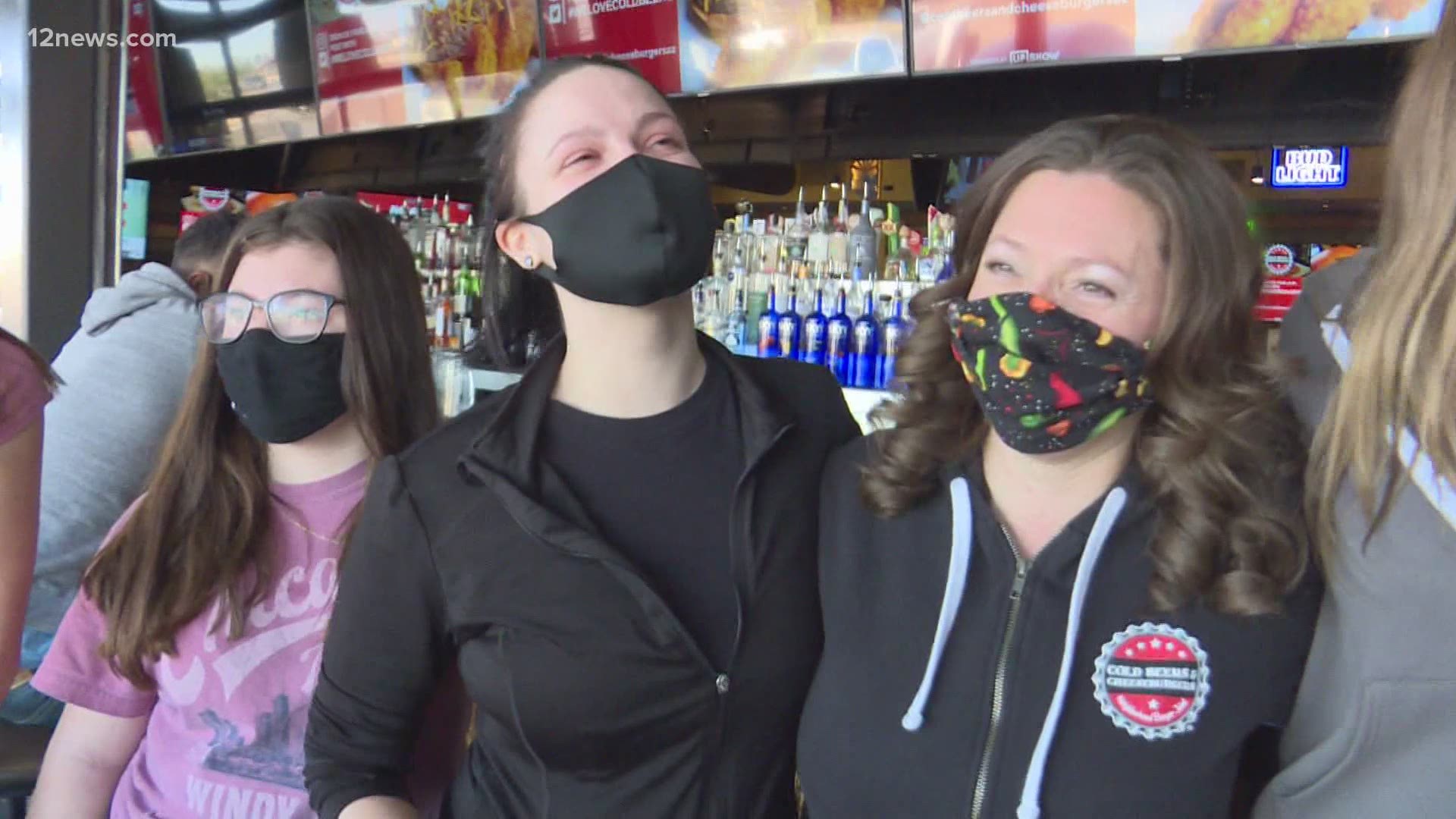 PHOENIX — A video circulated on social media shows a restaurant server being surprised by her co-workers and customers with a cash gift, but the story behind the video puts into context the enormity of that gift.

“They all circled around me and handed me a bag,” Misty Morrison describes the moment when a group of co-workers and customers at the restaurant, Cold Beers & Cheeseburgers, surprised her with the gift.

Misty was called out to the patio area to help a co-worker when the surprise happened. On the table was a bag and a card.

“I opened the card, and as soon as I opened it, there was money in there and I started crying,” she said through tears, feeling the overwhelming emotions again.

K.J. Jordan and Lauren Barkus spearheaded the effort, as employees of the Ahwatukee location, where Misty works, donated to her.

Customers that Misty has formed relationships with also pitched in.

To understand how much this helps Misty, you must understand the year that she has gone through.

In the past year, Misty, a single mother of two, started experiencing dizzy and fainting spells.

After initially checking for blood clots, doctors implanted a Loop Recorder in Misty’s chest. The recorder monitors heart rhythms to help doctors figure out what was causing her low heart rate.

While dealing with her heart issues, her youngest daughter was diagnosed with Lymphopenia, a condition that affects white blood cells.

“A couple of months ago she had some shots, some treatments and we just went in yesterday for the blood work to see that helped,” Misty explained.

“They can’t figure out what is causing it, so that’s been a big stressful thing.”

On top of the health issues, Misty spent time off work due to the pandemic and the state’s lockdown. Through all of it, her co-workers say she never lost her spirit.

“She has a very beautiful soul, she’s very kind; she’ll go out of her way to help anybody,” said K.J. Jordan, a fellow server at Cold Beers & Cheeseburgers.

“She’d do anything for them, and I just wanted to return that.”

Jordan and Barkus collected donations from the staff at Cold Beers & Cheeseburgers, who unflinchingly gave. They say Misty is the type of person that would bring light into any room.

“She’s always here with hugs, smiles, makes my day go by a lot quicker,” said Corey McDougall, who works in the kitchen at Cold Beers & Cheeseburgers.

“I really admire her relationship with her daughters,” offered Karli Beasley.

“No matter what happens to her in her life, she always remains positive, always comes in with a good attitude, she’s nice to all of us, no matter what’s going on in her life.”

On Sunday, staff and customers gathered with Misty to present the gift.

On the table sat a bag with a stuffed animal for her dog and a card. Inside the card read, “Just a note to say thanks so much. Thank you for being you.”

The card was stuffed with $1,000. As needed and as appreciated as the money was, the gesture struck Misty just as deep.

“For them to think of me rather than keep that money for something for them or something they need, I think that says a lot about them and the kind of people they are,” Misty said through more tears.

“I get a lot of things thrown my way and I’ve always kind of had that faith where if you just be positive, good things will come back to you. This was a very true testament to that.” 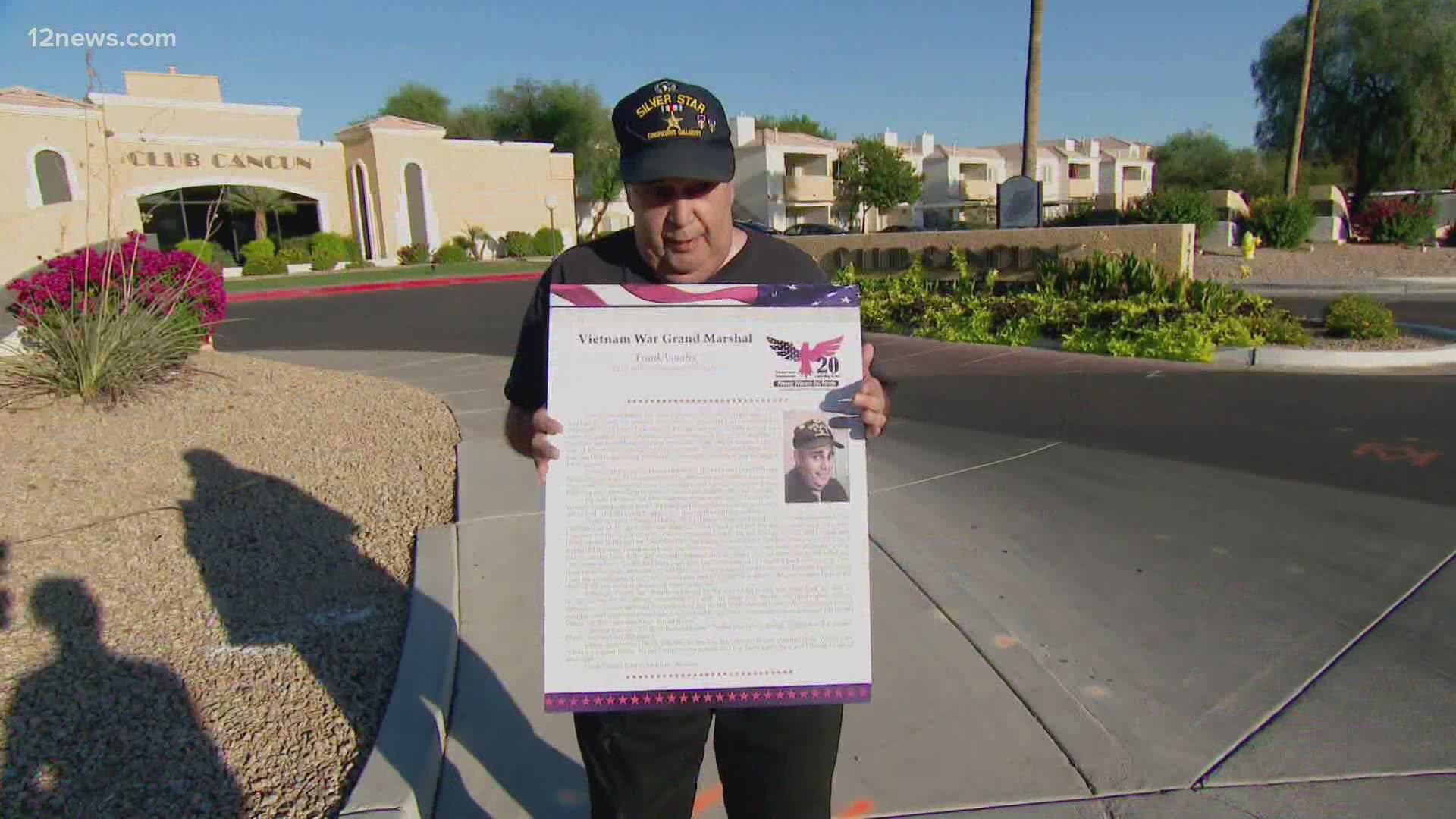