According to the airport, the nursing suites are "self-contained" and have benches, a fold-down table and an outlet where moms can plug in a breast pump. 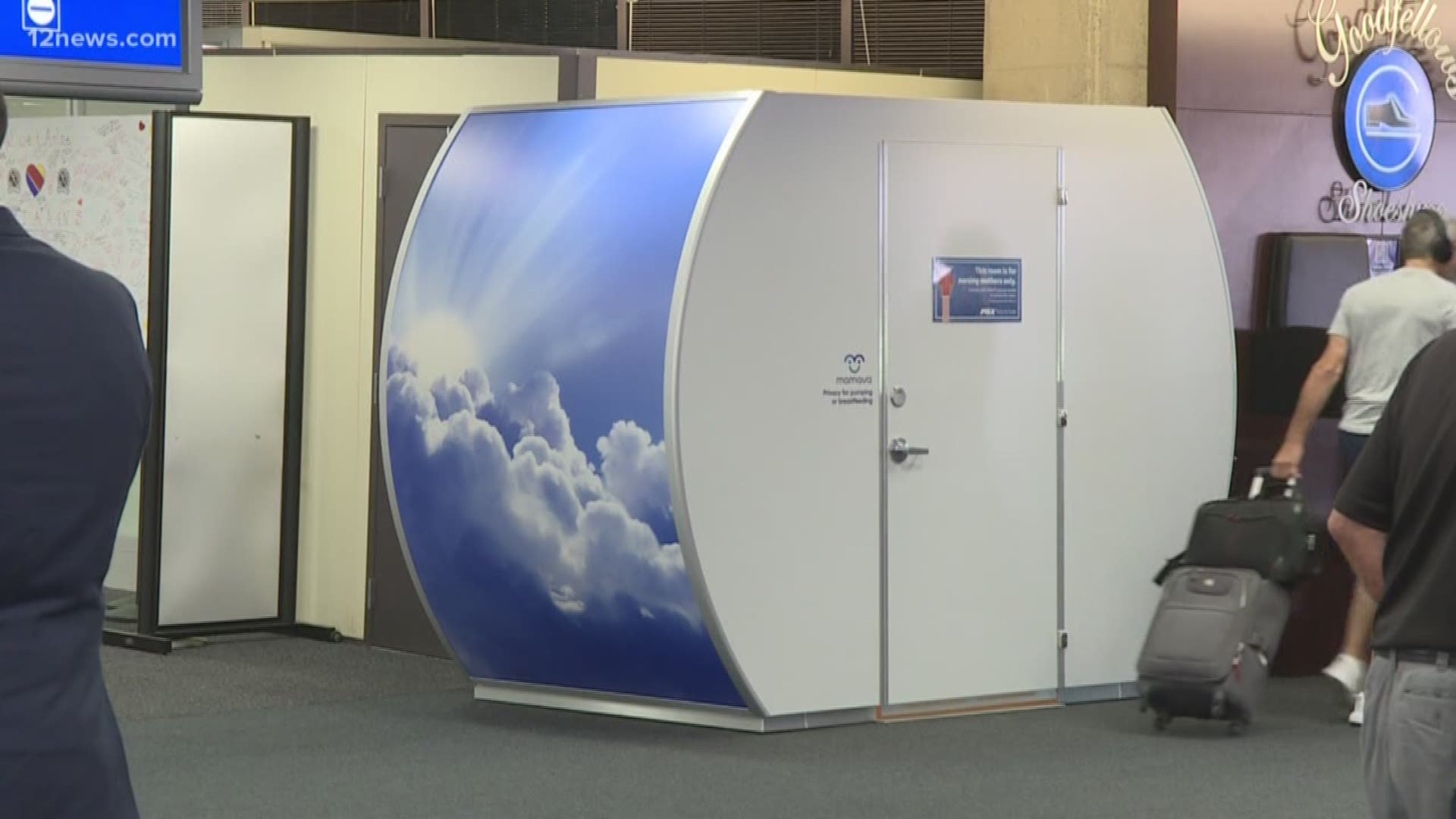 PHOENIX — Nursing moms traveling through Phoenix Sky Harbor will have a couple more options to choose from when it comes to finding a place to feed their babies.

The airport has installed two Mamava nursing stations behind security in Terminal 4.

According to the airport, the nursing suites are "self-contained" and have benches, a fold-down table and an outlet where moms can plug in a breast pump. The door also locks for any mom looking for privacy.

Terminal 4 also had two nursing rooms for families. One is located before security and one is located after, according to the airport.

The nursing suites are also wheelchair accessible and have enough room for a few little ones to join mom, if needed.

The estimated cost of each pod is around $23,000 and Mayor Gallego says the City of Phoenix has voted in favor of five of them. Gallego added that they'll vote to bring the nursing pods to the Phoenix Convention Center next.

RELATED: Up to 6 new nursing stations to be added in terminal 4 at Sky Harbor Airport

Mamava has a free app to help traveling moms find a pod. For more information, click here. Other pods are located across the country in colleges, other airports and more.