"The Phoenix" mural will remain, but it's being moved to the rental car center. 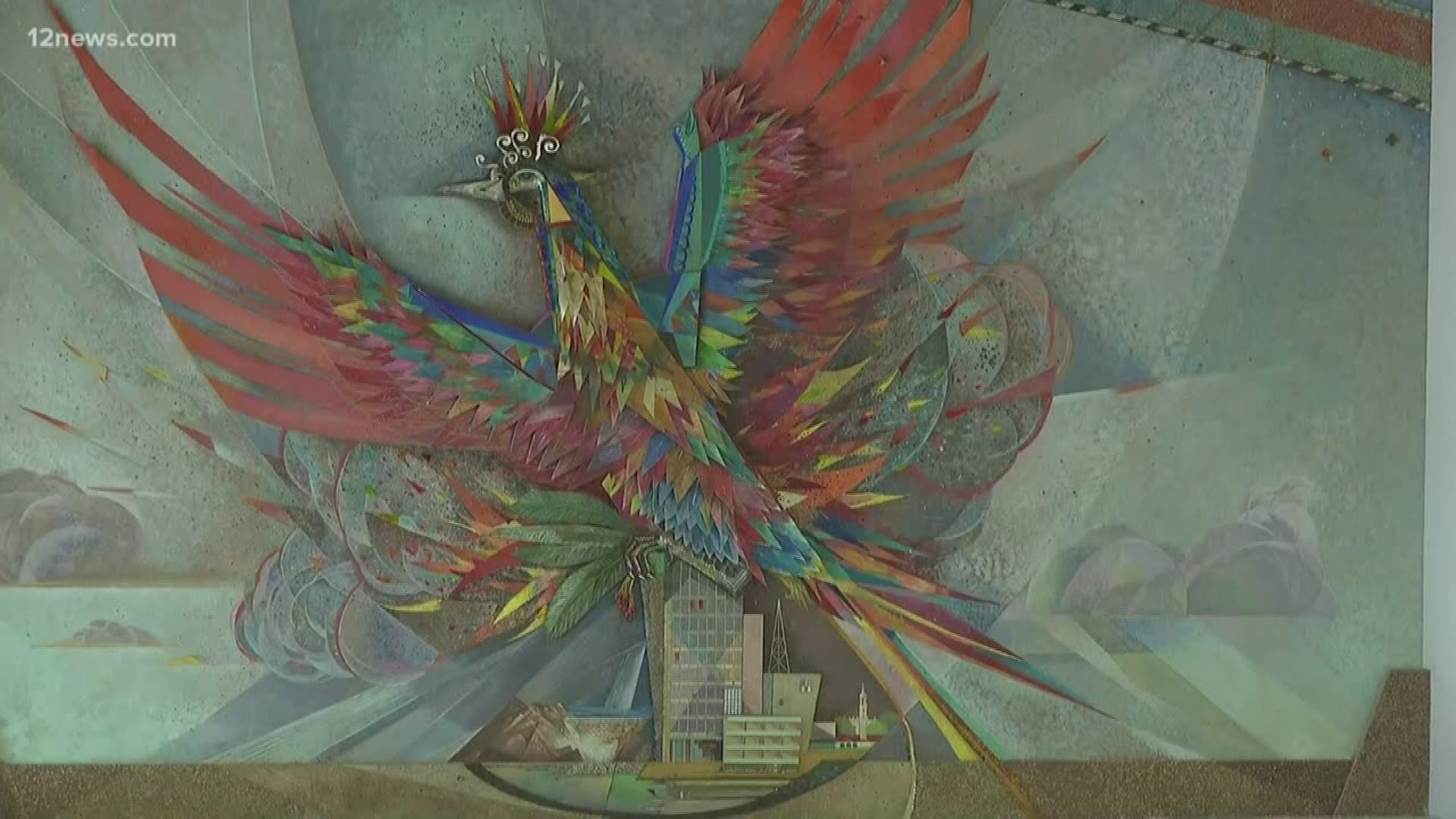 PHOENIX — It’s the end of an era at Sky Harbor Airport. Terminal 2 – the oldest in the airport – is closing.

“We’ll have members of the community out here, and they’ll be able to wish the travelers well as they fly out of the terminal the last time as well as welcome this last flights that are coming in,” said Heather Shelbrack, the public information manager for Phoenix Sky Harbor.

Locals know the terminal at least in part for its large mural, “The Phoenix.”

Artist Paul Coze created it using 52 different materials. The work oversees all who travel through or work at Terminal 2.

The mural will remain, but not here. It is being relocated to the rental car center in 2021. Terminal 2 is slated to be demolished.

Steven Runyan, a traveler, said, “What I’ll miss about it is that it reminds me of home. The ease at which I get in and out of it and it’s just kind of funky and it’s unique in that regard.”

Ironically, the person who may have been the oldest in the terminal may also be the one most ready for the future.

Dino DeConcini said, “I don’t think [I’ll miss it] having landed as a passenger and come through Terminal 3 a couple times...a little nostalgia maybe. But the service and the beauty of the new construction there will help me forget it.”

The terminal was expected to serve the airport until 2000.