The victims were identified on Tuesday as Peoria resident William Engel Bell, 34, and his 8-year-old daughter Amira Caballero. 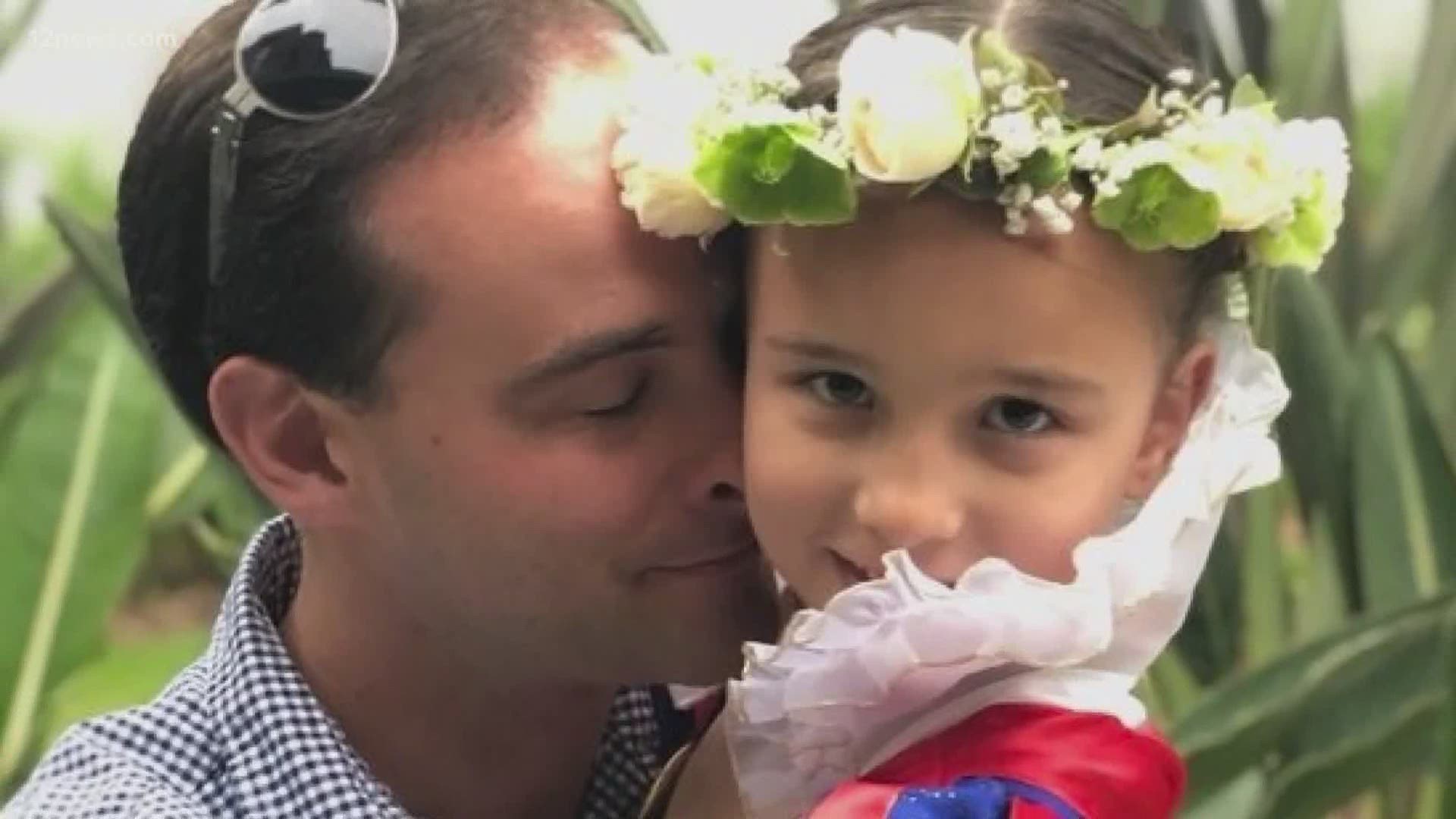 YAVAPAI COUNTY, Ariz. — Two people are dead after their plane crashed near Bloody Basin Road and the northbound lanes of Interstate 17 over the weekend, officials said.

Authorities say the small plane took off from Deer Valley Airport on Saturday and was heading towards Page, but the pilot and one passenger never arrived.

They were identified on Tuesday as Peoria resident William Engel Bell, 34, and his 8-year-old daughter Amira Caballero.

A search was launched after they were reported missing on Sunday.

Violeta Facetimed with Amira that Friday night and typically follows her when she flies with her dad through their phones. When the signal dropped and Amira wasn’t responding text messages, she thought it could be Amira’s phone or lack of service.

It wasn’t until the following Monday when she received and automated message from school officials with Waggoner Elementary School to let her know Amira did not show up for class.

“I went into freak out mode. Where is my child? What’s going on?,” said Violeta.

The downed aircraft, reportedly five and a half miles southeast of Cordes Lakes, was located by the Arizona Department of Public Safety's Ranger helicopter unit just afternoon on Monday.

“Two days go by; they’re missing and what happen was they crashed, and nobody knew for two days. They weren’t found for two days,” said Violeta. “I kept thinking oh it’s not them. It’s not going to be her. It’s not her. But they were able to at least have her hand out for me and just seeing her hand, I’m like that is my kid. That is her.”

Her daughter now gone, Violette is doing her best to hold on to the memories Amira.

“She was always warm, always laughing always wanting to be silly. You had to have known her to just understand how warm and inviting she was all the time to everybody," said Violeta.

There is no word yet on how or why the aircraft crashed.

According to a National Transportation Safety Board preliminary report, radar data shows Bell and his daughter in the air for a total of 36 minutes.

Preliminary radar data provided by the FAA showed that the airplane had departed DVT at 10:02, turned to a northerly heading and ascended to an altitude of about 7,600 ft mean sea level (msl). The data showed that at 10:28:08, a slight right turn was initiated along with the start of a descent from 7,600 ft.

The cause of the crash is under investigation by the National Transportation Safety Board.

Family members were using GoFundMe to raise money for the girl's memorial.