Sick and grieving, Daniel the orangutan saved by an unlikely hero

To save a beloved orangutan's life, zoo officials had to resort to a surgery that had never been performed in the U.S. -- done by a surgeon who's never worked on animals before. 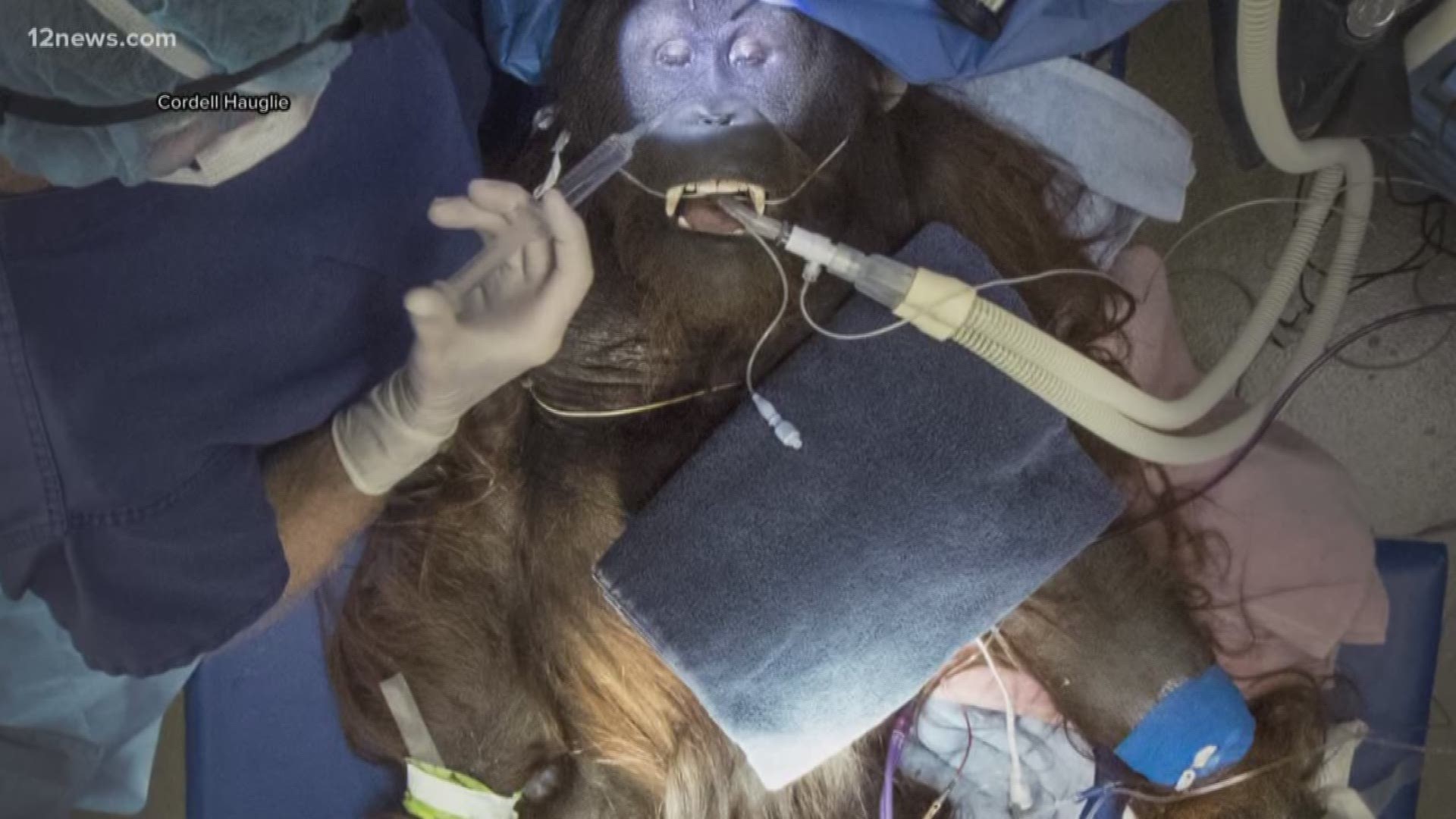 PHOENIX – When the Phoenix Zoo reached out to Dr. David Simms, he thought it was a prank.

The chairman of the ear nose & throat (ENT) section at St. Joseph’s Hospital is one of the top sinus/nasal surgeons in Arizona, but this was different.

“I thought it was a joke my buddies were playing on me,” Simms said.

It was no joke. Dr. Gary West and his team at the Phoenix Zoo were running out of options while also running out of time. Their 11-year-old Bornean orangutan named Daniel was suffering from a potentially deadly respiratory disease.

“We obviously love him. He’s part of the zoo family, so it was very concerning to see him not feeling well,” West says.

The only potential fix to Daniel’s medical issue was a surgery which had never been performed in the United States.

This didn't leave Dr. West with many options, and absolutely no surgeons available with any experience. That’s when the phone rang at Dr. Simms office, starting a chain of events that might prove to be the basis for treating one of the most common causes of mortality in captive orangutans.

“There’s a big need for it because it affects so many animals,” Dr. West said as he was explaining the idea to Dr. Simms.

“The anatomy was very similar. Their sinuses are a little bigger than a human’s, but their anatomy, once you get inside, the nose is very similar to a human,” says Dr. Simms.

Several CT scans allowed Dr. Simms to 3D print Daniel’s skull prior to surgery. This technology allowed Simms and a team of other veterinarians working on this procedure to practice prior to the potentially life-saving operation.

There’s another layer to this story which goes beyond medical comprehension, but is something any human can sympathize with, and most relate to.

Daniel’s on-again/off-again female companion Kasih recently passed away suddenly when a mass spread rapidly in her brain. The loss was tough on everyone in the tight-knit group of primates, but Daniel really struggled.

“It was hard, but you know he went through a period of really being sad. These guys have personalities, and we know them really well so we could tell he was really down,” said Mary Yoder, who is the manager of primates at the Phoenix Zoo.

“It’s been a rough six months for Daniel,” Yoder said, referring to the grief and later his illness.

It was a Saturday when Dr. Simms, Dr. West and a group of other veterinarians set out to restore Daniel’s life back to normal.

It was a packed surgery room at the Phoenix Zoo, some watching, some working as history was being made.

“Pretty amazing seeing the orangutan laying on this table. We really didn’t know what to expect and how to proceed, but knowing that an orangutan is very similar to a human I just proceeded as if it was a human being and it worked out really well,” Dr. Simms said while reflecting on that day a few weeks ago.

The surgery was a success, and Daniel is recovering nicely, while also regaining his spirit.

“Him being happy and just enjoying life again and eating and being active, means the world to me,” Yoder said.

Apparently, we’re more alike than most people on this side of the habitat glass understand.

Thanks to a little help from an unlikely hero and a lot of love everyone else at the zoo, Daniel is expected to make a full recovery.

Time heals some wounds, but others need a little more help.