She moved from Chicago to escape violence, then her son was gunned down

Sean Chinn Jr. was a thoughtful, happy teen whose life was cut short when someone in a car opened fire on him and his friends outside a gas station. 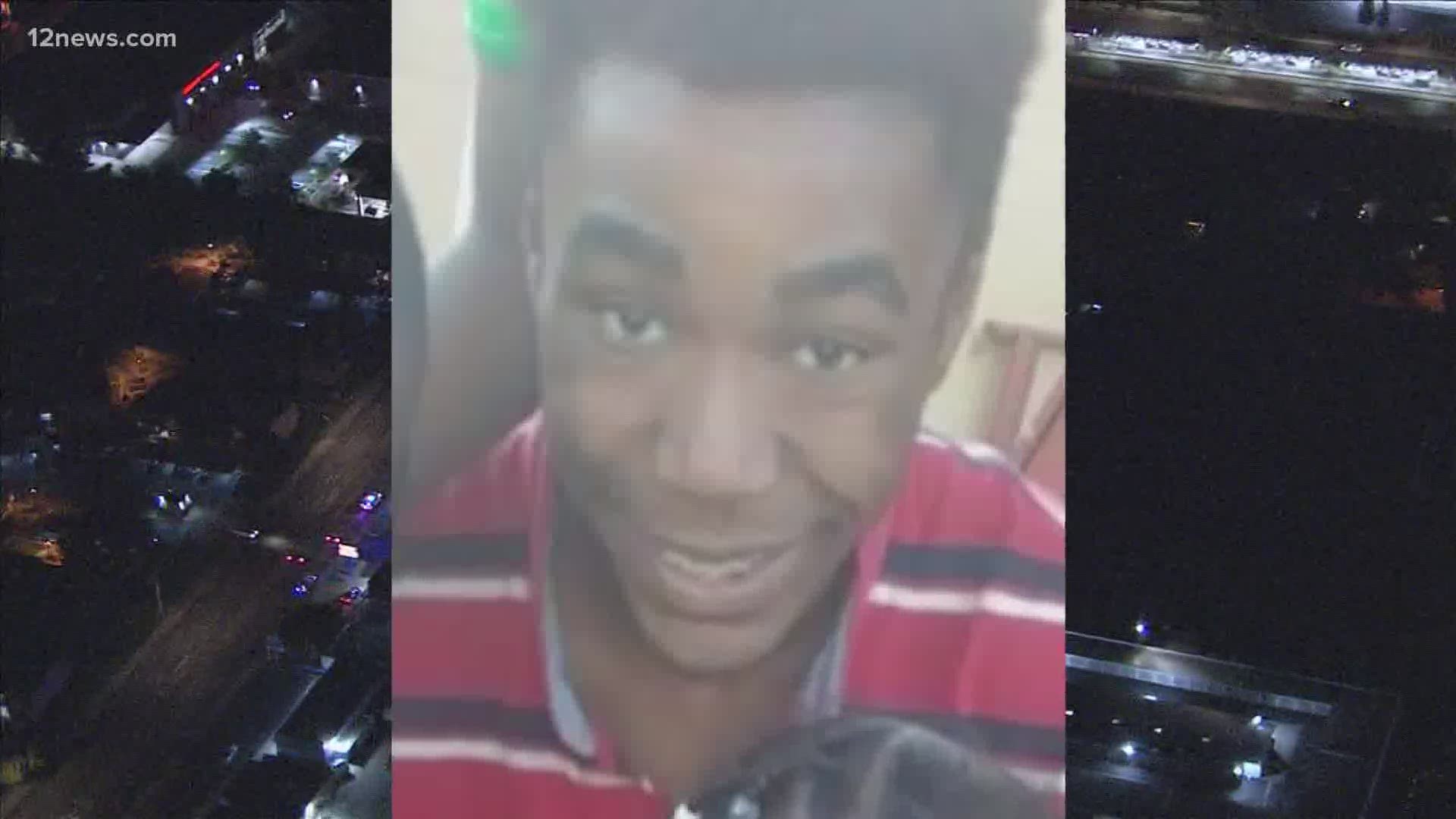 Despite only living in Phoenix for roughly a year, Sean Chinn Jr. had no problem making new friends.

With close to a dozen teenagers standing behind her, Tifini Monegan described Sean Chinn Jr. as a happy, friendly soul.

“We haven’t even lived here a year and all these kids came out to show up for him to help him out because these kids loved Sean,” Monegan said Monday at a car wash to help pay for Sean’s funeral expenses.

Chinn and three other teens were standing in front of the QuikTrip gas station near 19th and Glendale avenues when someone in a car opened fire on the group.

Two of the boys were hit and injured in the gunfire, and Chinn was killed. The two injured teens ran into the QT and called police.

“Sean was a lovely little boy." Holding a picture of Chinn, Monegan remembers her son. “Smiling and laughing with a bag of Hot Takis and a skateboard.”

Monegan said that she moved Chinn and his family from Chicago to get away from the violence there. Once in the Valley, Chinn rebuilt his social life.

“He cracks the funniest jokes and makes everybody laugh and smile.” She told 12 News.

Mature beyond his years

Living in a household with a single parent has its challenges. For Monegan and her children, especially during the coronavirus pandemic, money was tight.

That’s where Chinn stepped up.

“Sean chose to work versus going to school,” Monegan explained. “Because me and his brothers were fresh here and money was running low to keep a hotel and we needed to get into a house. So, Sean decided to take a hiatus from school and work full-time.”

When the family arrived in Arizona, they had no job lined up and no living situation arraigned. Chinn took a job at a call center to help his family get into better housing.

Chinn was not only contributing to the family in a financial way, but also in an emotional way.

“He is usually my rock,” Monegan said. “So, in a situation like this he would be the person I would lean on.”

In need of help

In the past week, Monegan has had to make all the funeral arrangements for her son – something no parent should ever have to do. Now, her family and friends have stepped in to help.

A car wash was held Monday afternoon and the family is planning on holding another car wash on Tuesday. They gathered at 6801 N. 21st Avenue.

Between the car wash, a Facebook Fundraiser and a GoFundMe page, the family is working hard to come up with the needed money to pay for a funeral.

Monegan says anyone interested can also donate directly to the mortuary by calling A.L. Moore-Grimshaw Mortuaries at 602-272-5639. The account name is “Monegan” and the account number is 039940007102.

• Massive crowds flock to Lake Havasu for the holiday weekend 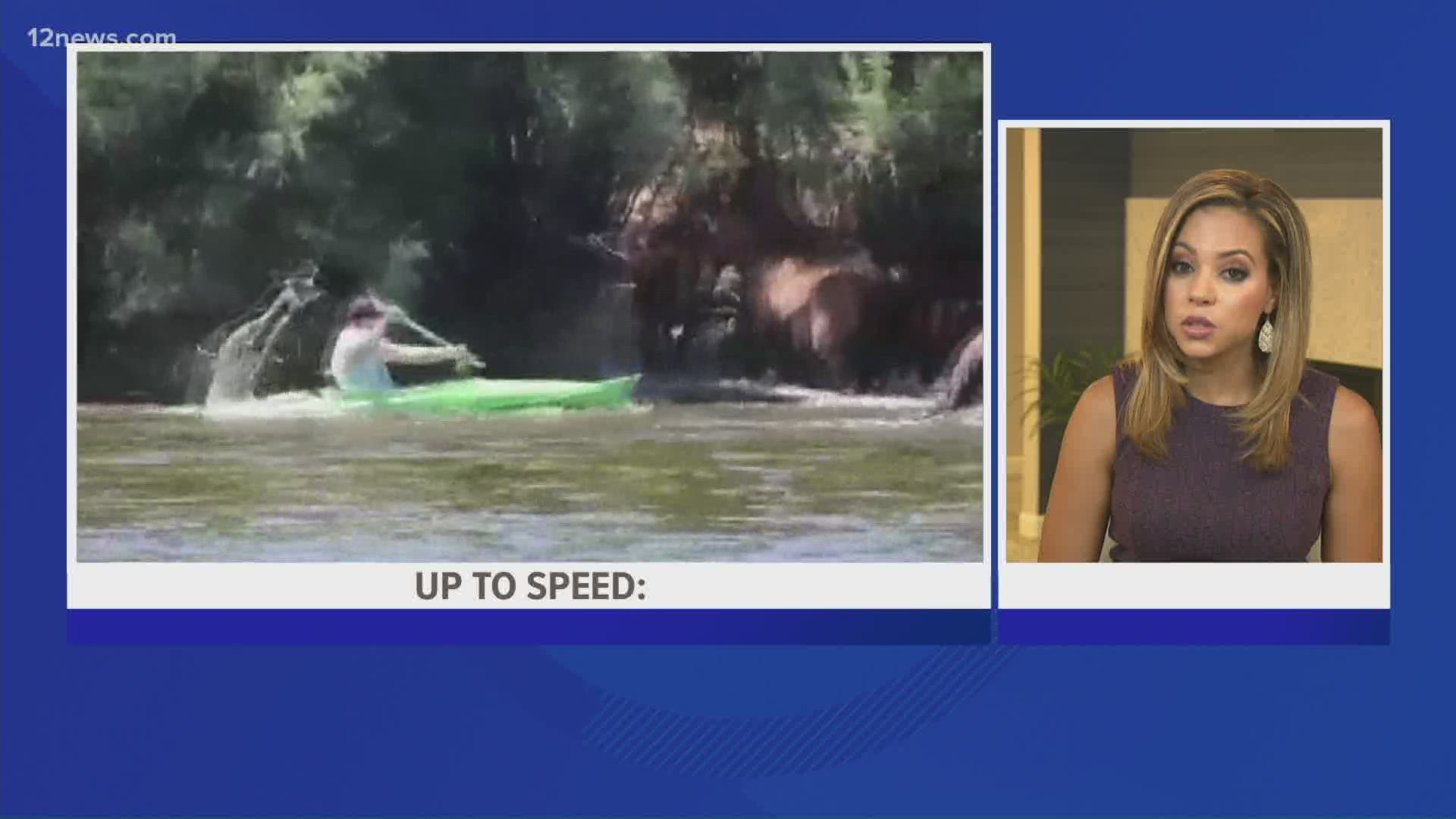