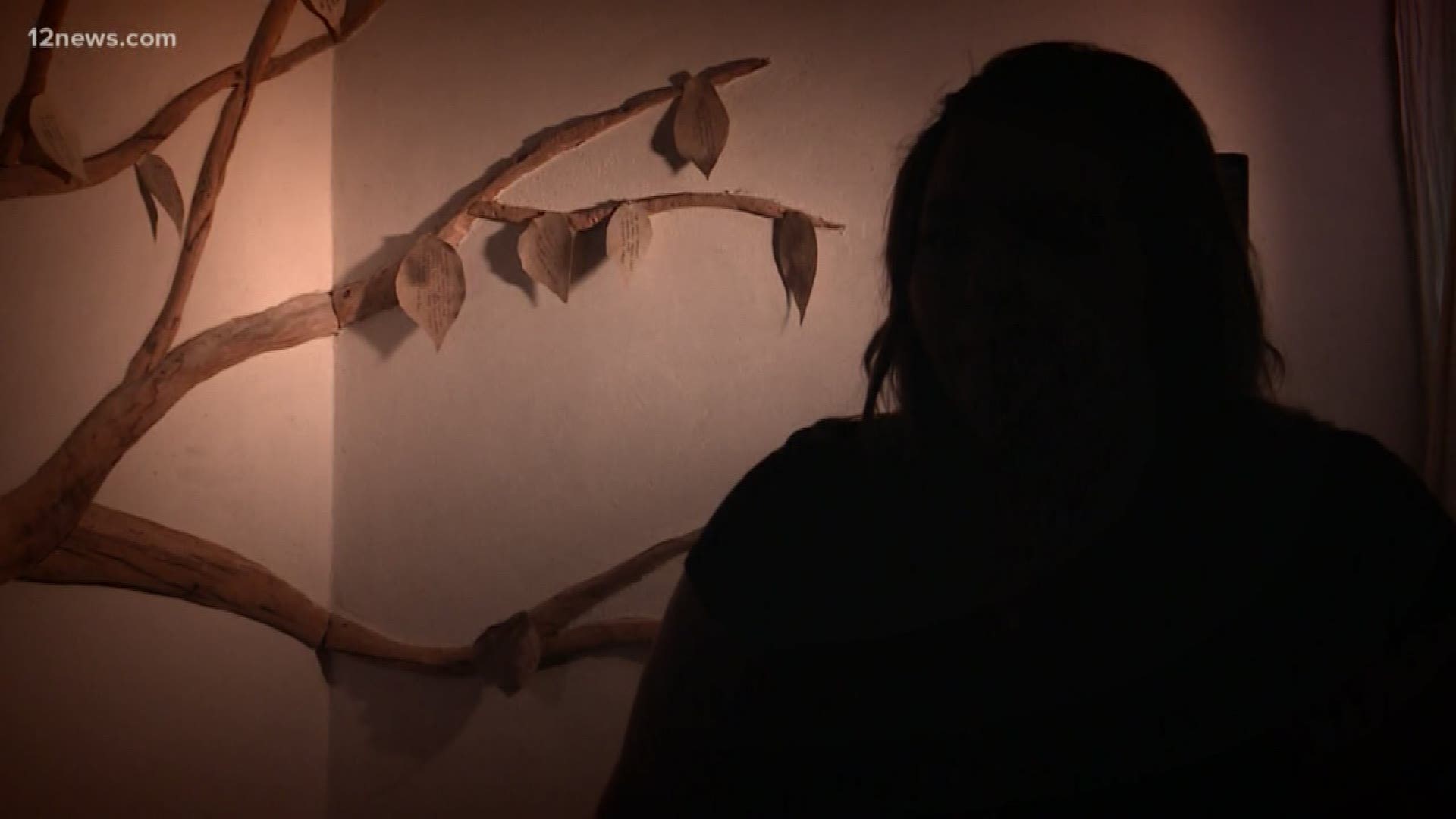 PHOENIX, Ariz. - A young woman who was sex trafficked in Phoenix for more than three years says that may have never happened without Backpage.com.

The woman, who 12 News is not identifying, was running low on money after moving to the Valley. She said while standing at a bus stop on her way to work, a man pulled up in his car and offered her a ride.

He explained that he had money so a few weeks later when her rent was due, she called him. She later found out that man was a pimp.

She met him at a hotel where a woman took her photo and posted it to Backpage. Minutes later, her phone was ringing off the hook and eventually, a man showed up to meet her.

"I was shaking. I was scared. And I remember telling the guy I've never done this before," she said.

She was 21-years-old at the time. Over the course of the next three years, she would be trafficked by six different pimps.

"Out of all of the interactions, how many of them do you think were coming from Backpage ads?" asked 12 News.

"Almost all of them. Like it was just at the click of a button. One finger away," she said.

The Valley's own Michael Lacey and James Larkin founded the site. They, along with five others, are now indicted on prostitution and money laundering charges. Documents allege they made more than $500 in prostitution-related revenue.

"You probably made a hundred dollars a day just off me" she said.

The woman who spoke with 12 News said there is no way those behind the site didn't know about the massive trafficking problem. She claims Backpage reviewed all ads and would make her edit words like "sex" before posting.

"Why would you allow them to fix that part instead of removing their whole thing or blocking their email address?" she said.

While she says shutting down Backpage won't solve the trafficking problem, she calls it a step in the right direction. She hopes the Arizonans behind the site face serious consequences.

She has been out of prostitution for quite some time and is getting help at the Phoenix Dream Center. If you or someone you know needs help, you can reach the center's 24 hour hotline at 602-516-0033.