Police said the truck was exiting U.S. 60 at Crismon Road when the driver failed to stop, went through the intersection and crashed into the home. 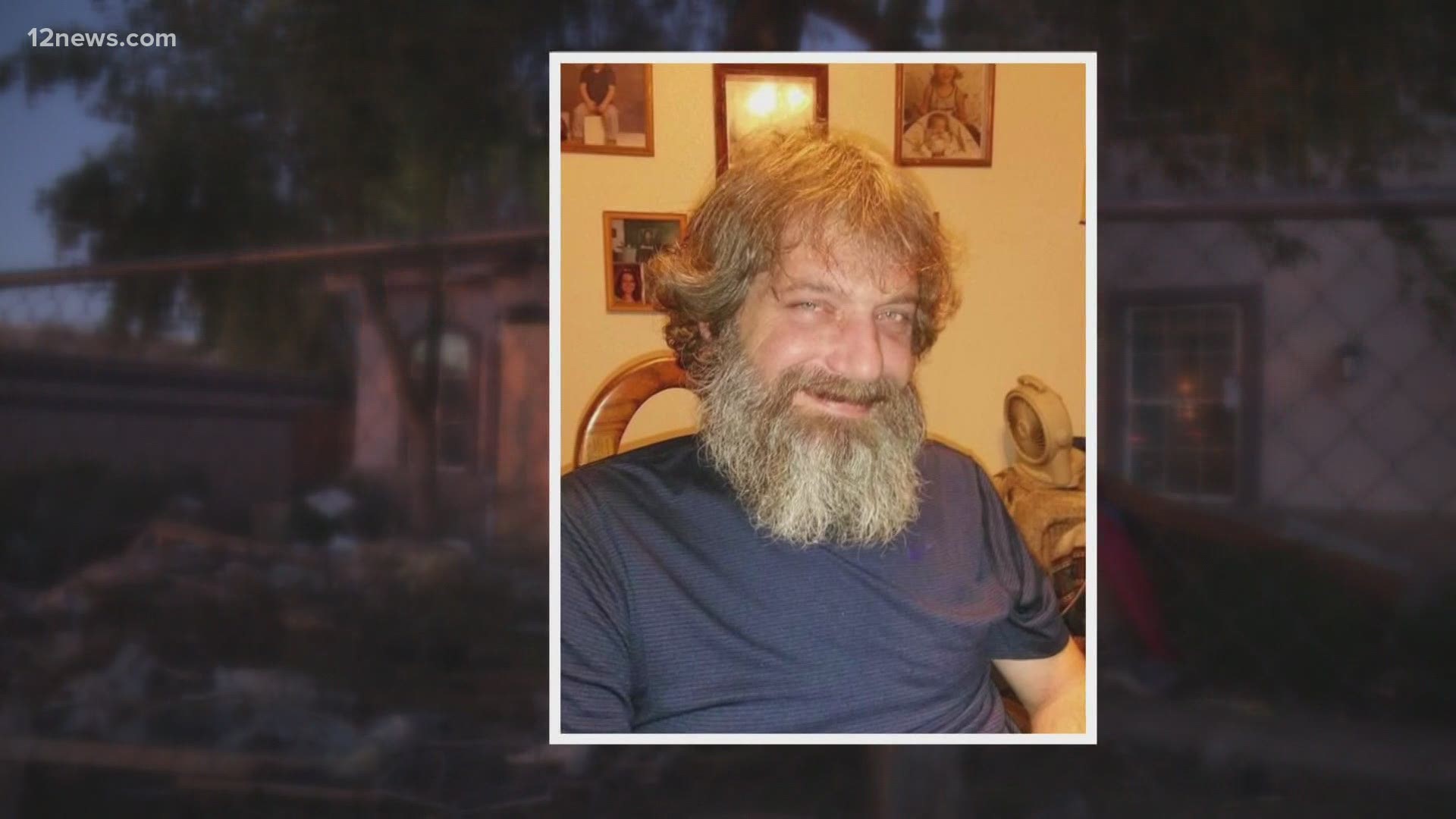 MESA, Ariz. — A semi-truck crashed into a Mesa home that had 10 people inside on New Year's Eve, killing one man inside the home, according to Mesa police.

Police said the preliminary investigation found the driver could have suffered a medical emergency prior to the crash.

Mesa PD said officers responded to the home near Crismon Road and U.S. 60 around 7 p.m.

"My mom called me bawling she said a semi crashed through the house. I thought she was joking," says Tony Kretschmer, whose mother was in the home at the time of the crash.

The investigation found the semi-truck was going east on U.S. 60 and was exiting at Crimson when it failed to stop at Crimson and continued east through the intersection and into the home, officials said.

According to police, 10 people were in the home and one man was killed. He was identified as 50-year-old Todd Welliver.

"[Todd would] do anything for anyone. Take the clothes off his back and give it you in freezing cold weather. That’s just the kind of guy he was," says Welliver.

"He always made you laugh , anything. He was a great guy. No one ever thought for him to go this way," says Bryana White, Welliver's girlfriend.

Mesa police previously released an incorrect name of the victim.

No other residents have life-threatening injuries, police said.

Mesa PD also said the driver was transported to the hospital with minor injuries.

The investigation is ongoing. Impairment has not been ruled out, as police wait for blood results.

No charges have been filed at this time.

A GoFundMe page has been designed to help the family with expenses related to the incident.