According to a release from the company, the 10-year-old female bottlenose dolphin, named Alia, died early Tuesday morning. 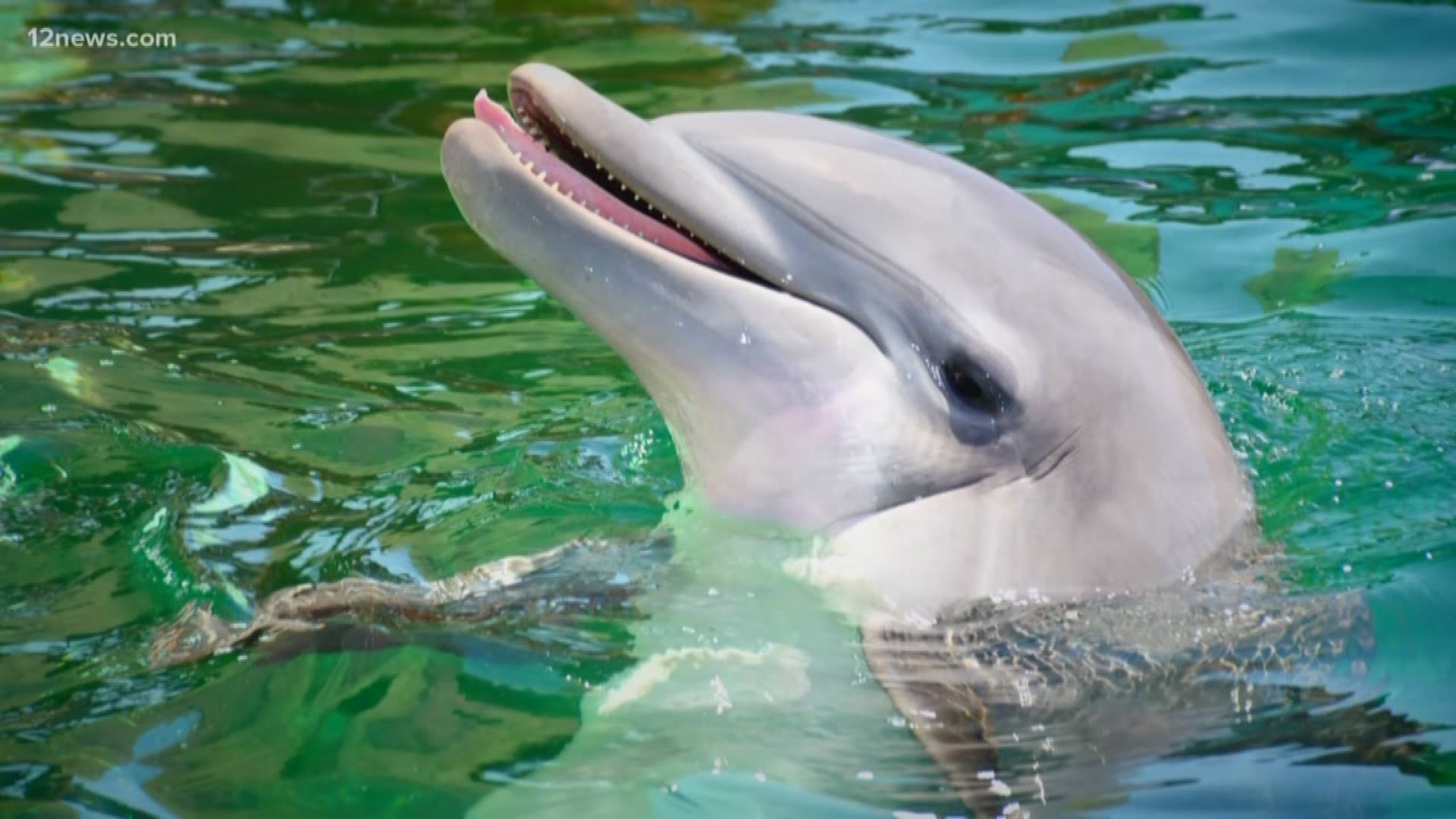 SCOTTSDALE, Ariz. - Dolphinaris Arizona announced Tuesday that a dolphin at its Scottsdale facility has died.

According to a release from the company, the 10-year-old female bottlenose dolphin, named Alia, died early Tuesday morning.

Dolphinaris said the cause of death is not known at this time, and will be determined by a necropsy.

"Alia had displayed some unusual behaviors in last few days and she was being monitored," the company said. "She was under continual care by Dolphinaris staff and veterinarians."

Dolphinaris said she was "with her dolphin companions and her caretakers when she died."

Animal rights experts quickly pointed out this was the second dolphin to die at Dolphinaris since the facility opened in October of 2016.

The first, Bodie, reportedly died of what Dolphinaris called a "rare muscle disease".

"Yeah, it’s an 'I told you so,'" animal rights activist Hailey McCourt said. "A very sad I told you so, because ultimately it’s the dolphins that are the ones being hurt by this.”

"Alia will be greatly missed, she was a lively and loving part of the Dolphinaris family," the company said.