The woman was hiking with a man along the Echo Canyon Trail when she disappeared. 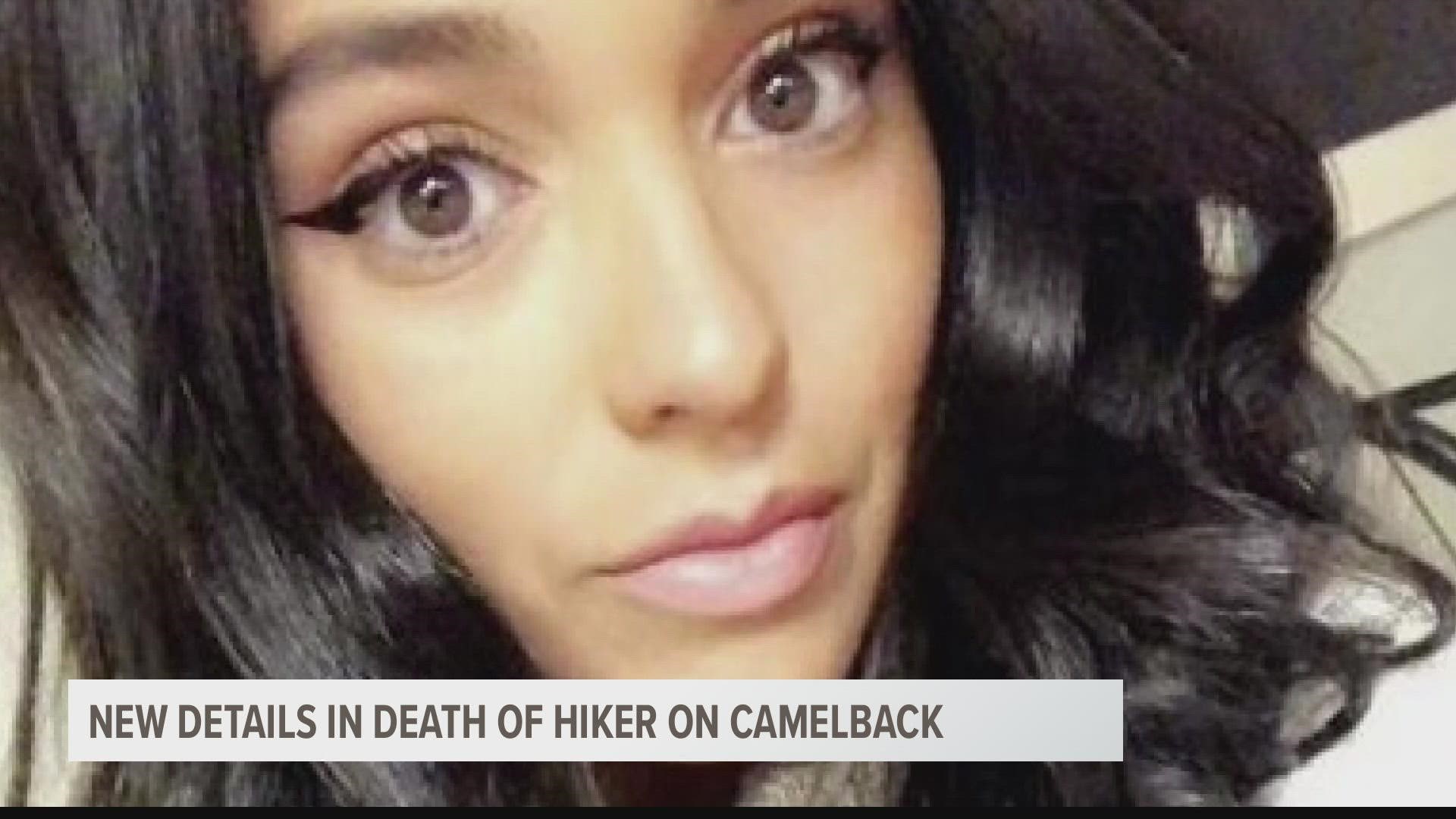 PHOENIX — A Phoenix police officer has been granted personal time off after the woman he was hiking with was found dead after she disappeared on Camelback Mountain trail.

The woman in her 30s was hiking with the man along the Echo Canyon Trail, and the man told the Phoenix Police Department she overheated and the two separated. The male hiker continued up the mountain while the woman turned back toward the parking lot.

12 News is not naming the officer because he is not facing any criminal charges, and investigators do not consider the woman's death suspicious.

No foul play is suspected in connection with the woman's death, the Phoenix Police Department said.

RELATED: Police: Camelback Mountain hiker who died was with off-duty officer, neither of them brought water

"The City employee who was with [the woman] is a witness and is cooperating with investigators," Phoenix PD said.

When the man returned back to their car, he found her belongings but the woman was missing. He called police around 1 p.m. and crews launched a search shortly afterward.

"The elements and time were against us," said McDade.

Firefighters said the woman was visiting from Boston and didn't have experience hiking the trail.

Her body was discovered hours later near a house. Investigators said she may have been looking for help and didn't have water. When she arrived no one was at the home.

"Our hearts go out to her family. It’s a tragic ending to today," said McDade.