The bust of the senator was erected atop a stone memorial in the Rose Garden at the Arizona State Capitol in 1966. 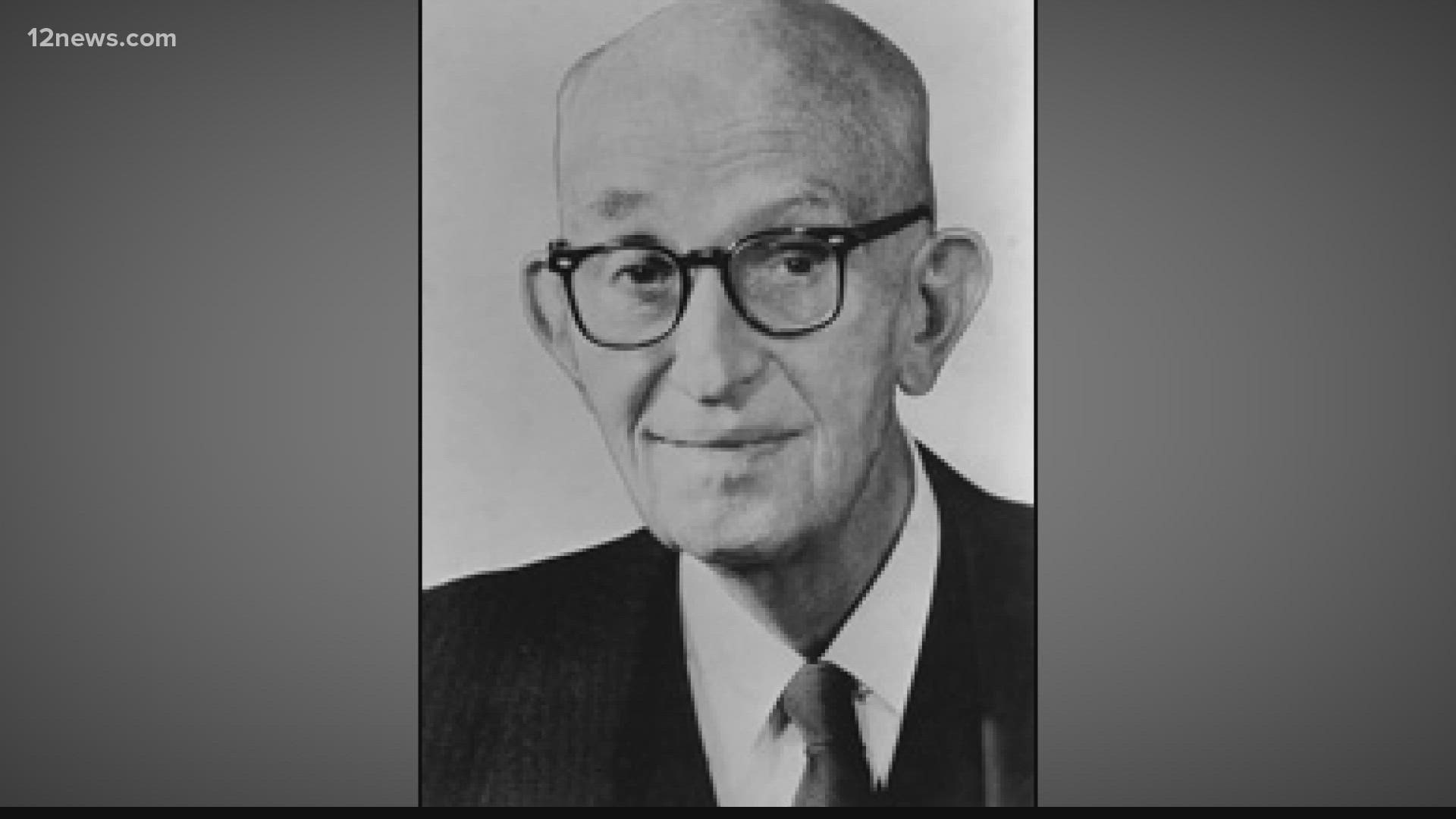 PHOENIX — Late Senator Carl Hayden played a big role in the development of Arizona. There are roads, buildings and even schools named after him.

Now, one of the sculptures honoring the legendary lawmaker is missing.

The bust of the senator was erected atop a stone memorial in the Rose Garden at the Arizona State Capitol in 1966. The memorial is located between the old Capitol building and the state legislature.

Sometime late Monday, the bust disappeared. The Arizona Department of Public Safety is investigating whether or not its absence is related to a prank or to a crime.

Who was Carl Hayden?

“He was a man – who like his father – rolled up his sleeves and got things done in the political realm,” said Jared Smith, curator at the Tempe History Museum.

Hayden was the first U.S. Representative from Arizona and he later served seven terms in the U.S. Senate. Among his biggest accomplishments is water rights.

“He’s one of the key people, if not the main guy, behind Arizona getting the Central Arizona Project through to fruition,” said Smith.

Smith said the late senator wielded a lot of power behind the scenes to help make the new state relevant in the national political arena.

“Making sure it was at the table for all the important discussions that going on during the course of the 20th century,” said Smith. “Carl Hayden cast a long shadow that’s been very important to getting Arizona to where we are today.”

Anyone with information on where the statue might be is encouraged to call DPS at 602-223-2000.