Credit: AP
Visitors tour on Veterans Day Wednesday, Nov. 11, 2020, in Scottsdale, Ariz., a 5-acre memorial tribute to those who were aboard the USS Arizona, which sank after the attack on Pearl Harbor in December 1941. The USS Arizona Memorial Gardens at Salt River honors each of the ship's 1,512 crew members, including the 1,177 who died. (AP Photo/Ross D. Franklin)
Author: Associated Press
Published: 5:21 AM MST November 16, 2020

PHOENIX — The Salt River Pima-Maricopa Indian Community has built the 5-acre memorial near Scottsdale as a tribute to those aboard the USS Arizona when it sank at Pearl Harbor in 1941.

The USS Arizona Memorial Gardens honors the ship’s 1,512 crew members, including the 1,177 who died in the explosion caused by one torpedo and eight bombs.

One survivor of the attack was Paul Howard Egan.

Egan's 69-year-old son lives in the Phoenix area and has visited the USS Arizona Memorial Gardens.

John Egan says the memorial is “really peaceful and serene.” 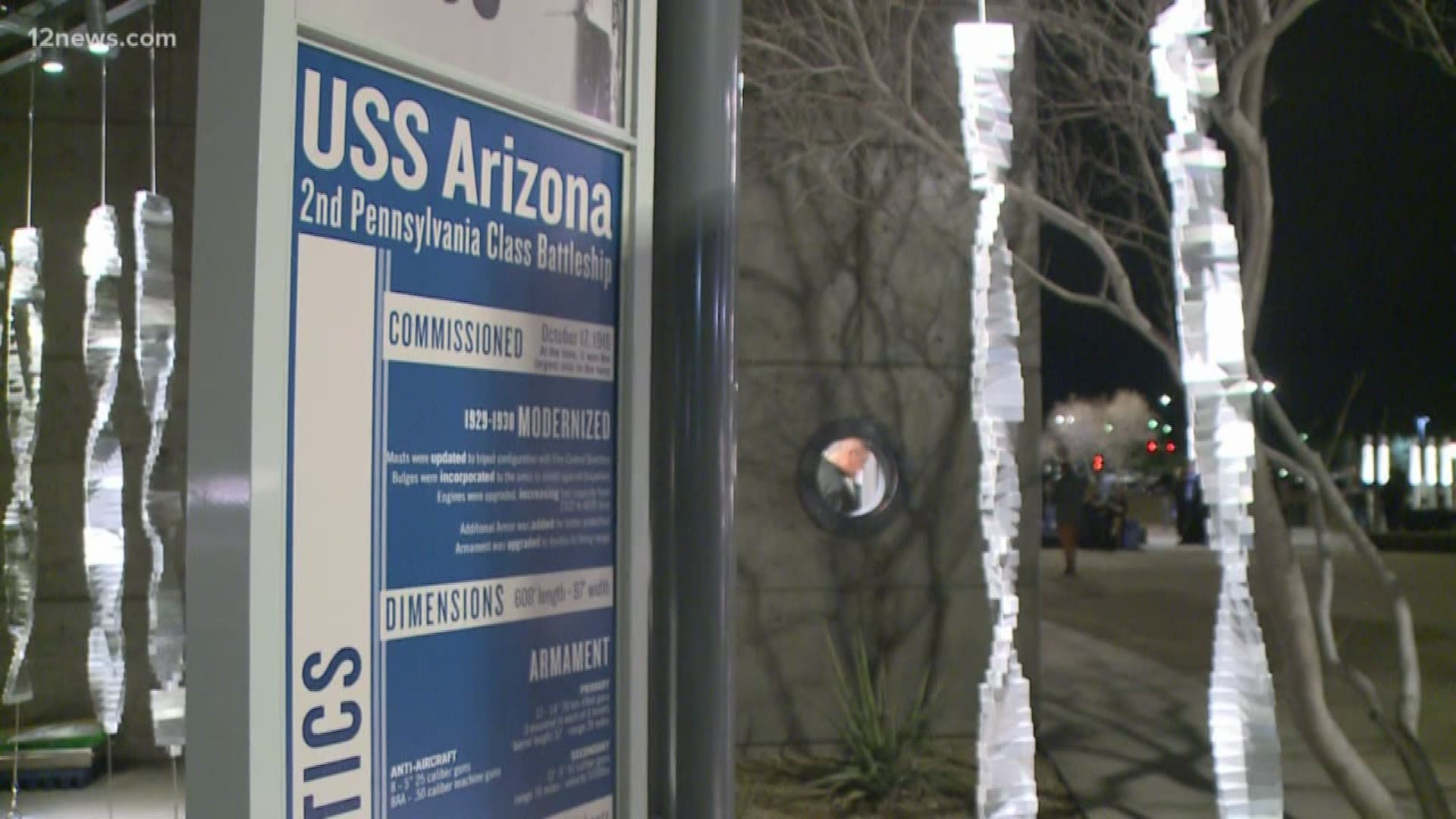