Donating his work has been a driving force for inventor Adam Ochoa, and it’s something that his company is now built around.

SCOTTSDALE, Ariz. — In a time when too many businesses are cutting back and trying to survive quarantine, one Valley business is just getting started, and giving away half of their inventory might just be the recipe for success.

Scottsdale prosthetic manufacture, Game Changer Feet runs their operation out of a converted hanger near the Scottsdale airport. Inventor Adam Ochoa is busy making his pride and joy: a prosthetic foot called “The Disruptor.”

“I invented products for the bicycle industry, the military industry,” inventor and CEO of Game Changer Feet, Adam Ochoa said.  “Also, I am most known for doing prosthetics. I’ve been designing prosthetic feet for over 25 years and I’m very proud of that. To me, it’s been my biggest accomplishment.”

As he tells it, it’s a top-secret composite of materials that he invented and says you’ll find it on everything from mountain bikes to the Space Station and in the rotor blades of the Apache helicopter.

While quality products that are made right here in the Valley are something to be celebrated, that’s not what makes his company stand out.

Adam O – as he likes to be called – has been in the prosthetic industry for more than two decades, but he is just now turning his passion into a business during the coronavirus quarantine.

“It pushed me to try to go against the grain and say, ‘I’m going to turn this COVID thing into a positive thing.’” Ochoa said.

Since his very first client that he met in a bicycle shop decades ago until today, donating his work has been a driving force for Ochoa and it’s something that his company is now built around.

“I’m one of his recipients of a donated foot. It changed my life; it’s absolutely amazing," said Rick Plumstead, one of Game Changer Feet’s clients.

“You put this foot on and they walk for a couple of steps and then they don’t want to change of course, because it’s already changed their life,” said Scott Phillips, a customer who was so impressed with the product Ochoa made, that he became the president and lead cheerleader for the company.  “It can get emotional at times when an amputee steps on something that gives them back mobility.”

For every prosthetic foot that Game Changer Feet sells, they will also donate a foot. In a time when many people are either out of a job or under-employed, this could be…well…a game-changer for amputees.

As Ochoa says: “To be able to donate is the thing I love to do.”

Game Changer Feet will also donate prosthetic feet to any child.  Adam Ochoa tells 12 News, “Every child should be able to run.” 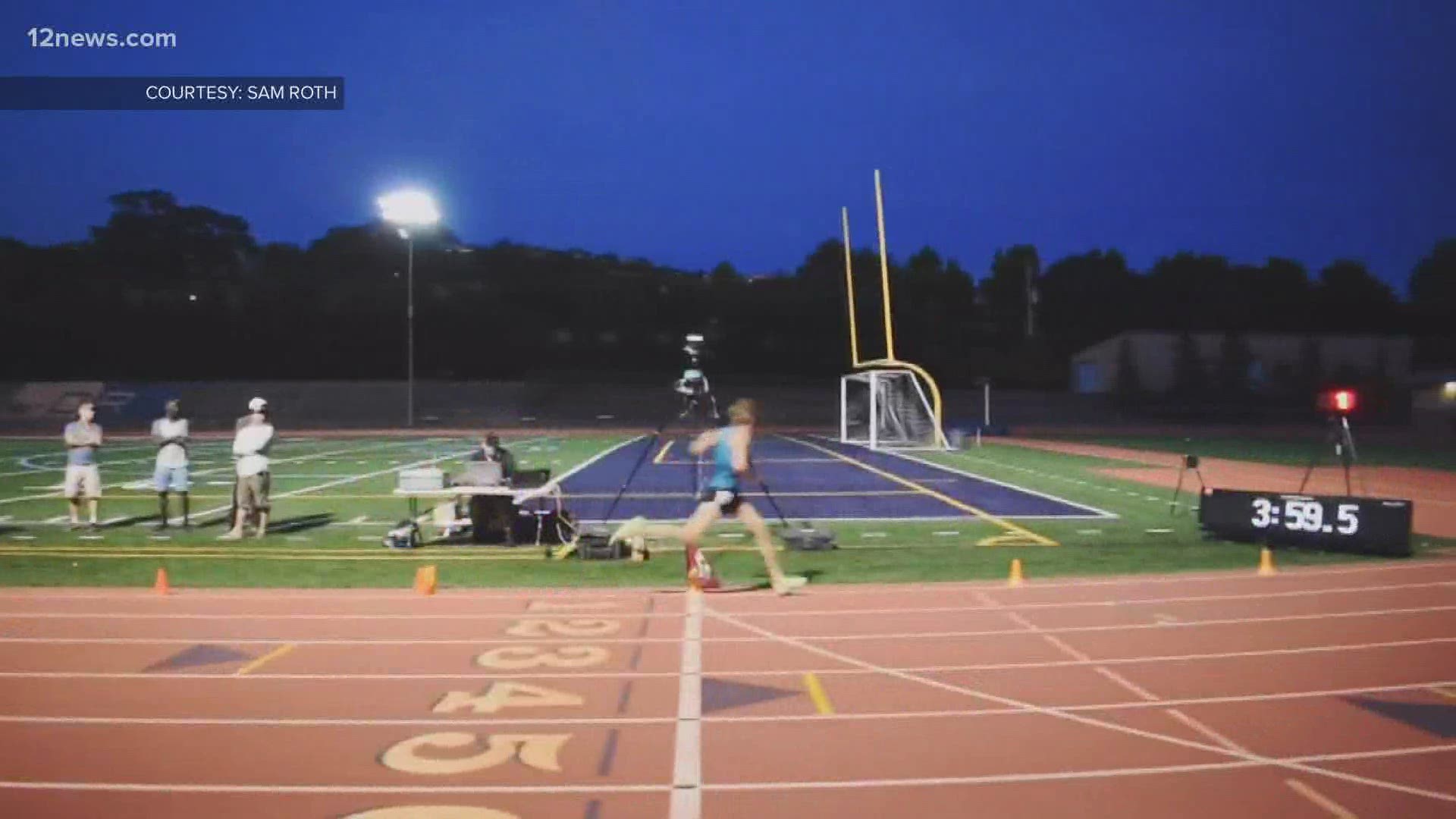