Guy Phillips initially apologized for the comments made at last week's rally, saying they were taken out of context, but refused to resign. 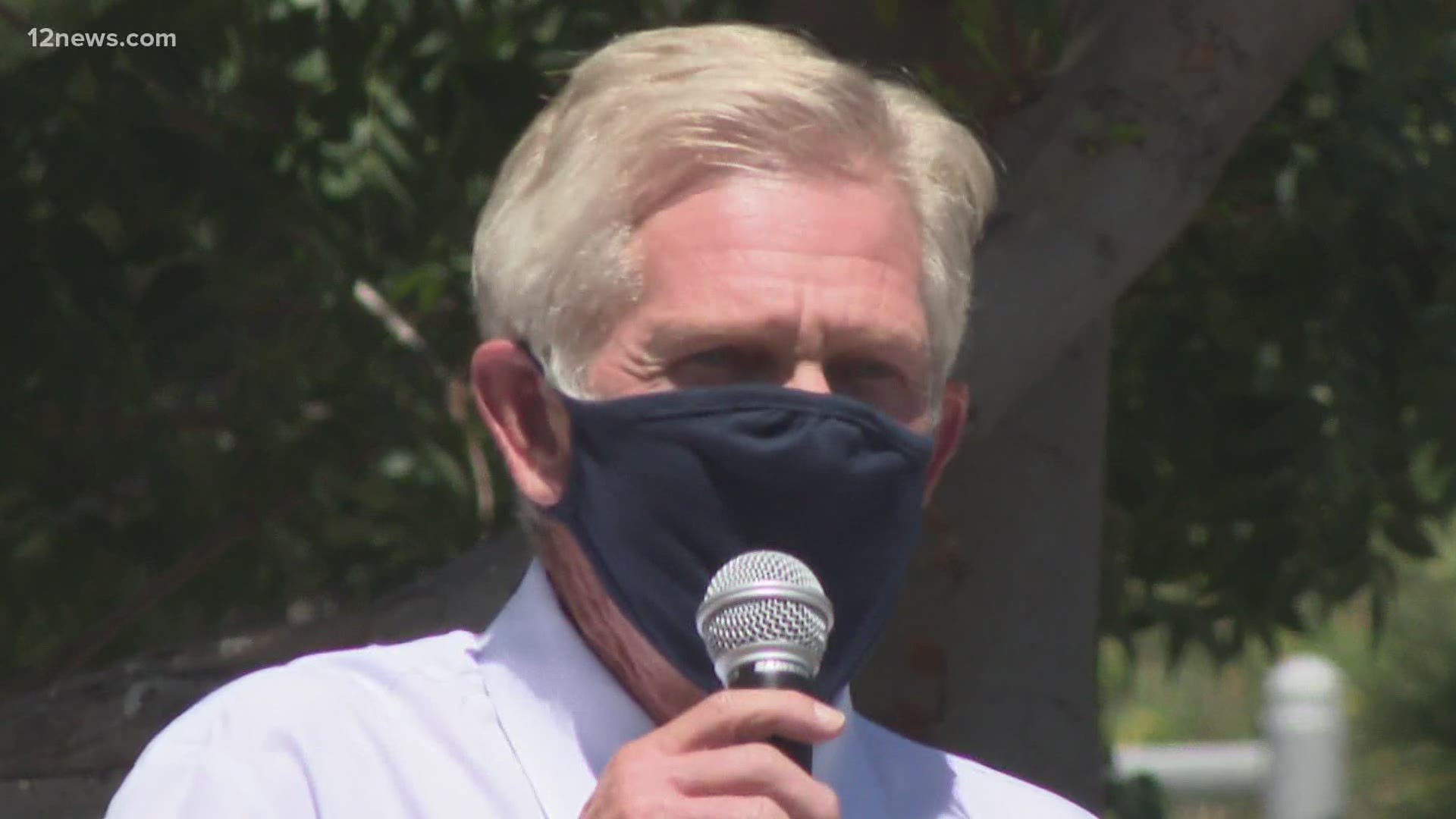 PHOENIX — Editor's note: The above video is from last week's newscast.

The city councilman who said "I can't breathe" at an anti-mask rally in Scottsdale last week, leading to criticism and calls for him to step down, did not offer his resignation on Tuesday.

Guy Phillips spoke out during a press conference, saying he takes responsibility for his comments but will not resign.

Phillips was forced to apologize for the comments that he made at an anti-mask rally that he was leading last Wednesday.

"I can't breathe! I can't breathe!" Phillips said at the start of his remarks before pulling off a black face mask and speaking to a crowd of a few hundred anti-mask supporters outside Scottsdale City Council.

Scottsdale Councilman Guy Phillips addresses calls for his resignation after his 'I can't breathe' remarks made at a recent anti-mask rally.

The phrase "I can't breathe" came to prominence after the deaths of Eric Garner and George Floyd in police custody. The phrase is often chanted at rallies and protests against police brutality.

Phillips said his comments were taken out of context.

"It was a stupid and insensitive comment that I shouldn’t have made and I had no intention of disrespecting anybody while making that comment," Phillips told 12 News over the phone at the time.

Phillips said he felt awful about the situation and that his intent was to show how restrictive he felt masks were, not to mock George Floyd.

But politicians were quick to condemn his choice of words, with both Gov. Doug Ducey and Scottsdale Mayor Jim Lane calling for him to step down.

Scottsdale is one of several Arizona cities with rules in place that require people to wear masks in public places like restaurants and stores to try and stop the spread of COVID-19. 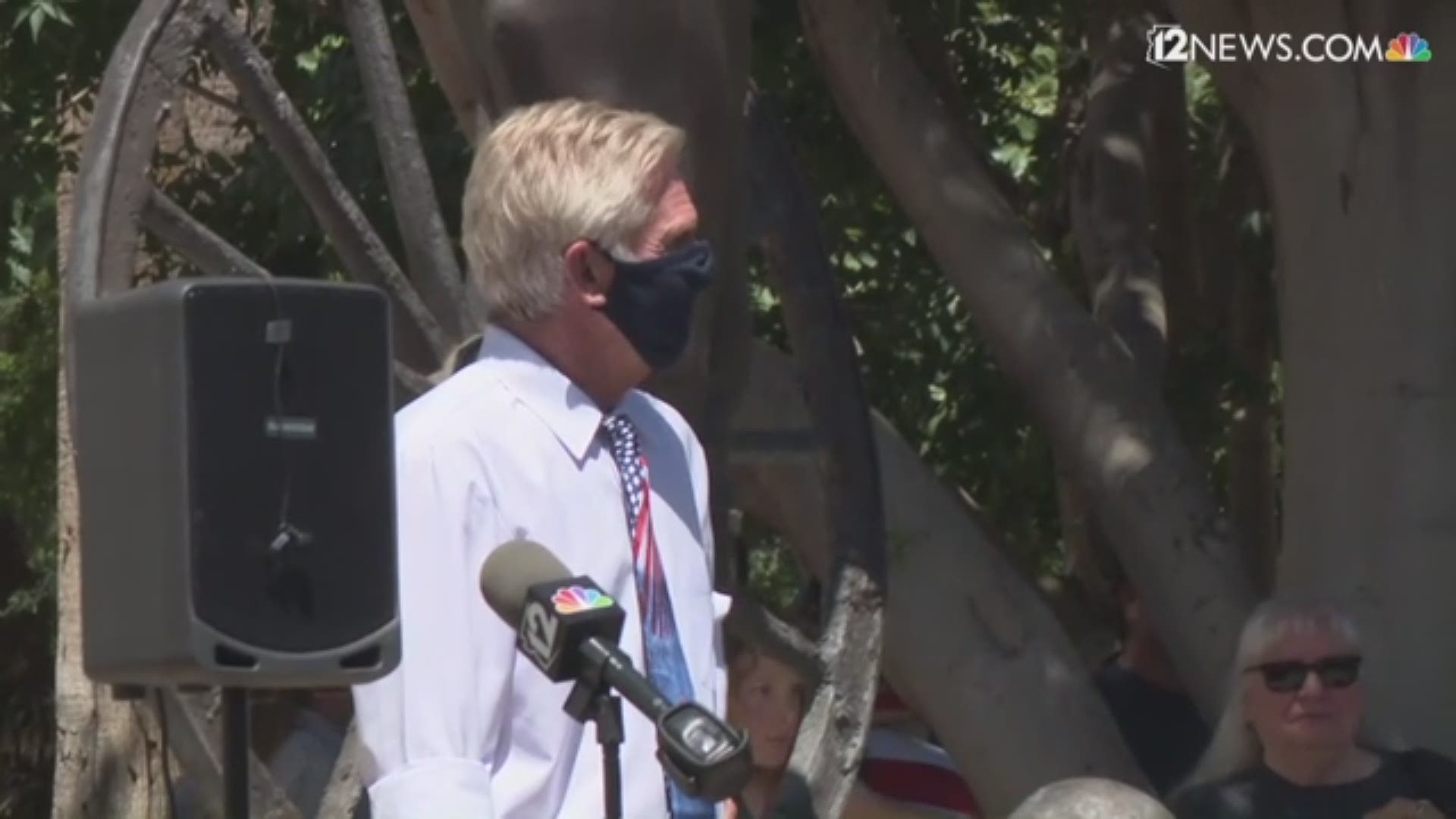 - Inside the COVID-19 ICU: Valley nurses share what they see as cases rise in Arizona