McDonnell recently made the 2,600-mile drive from Boston to Phoenix to join the Today in AZ and 12 @ 12 family. 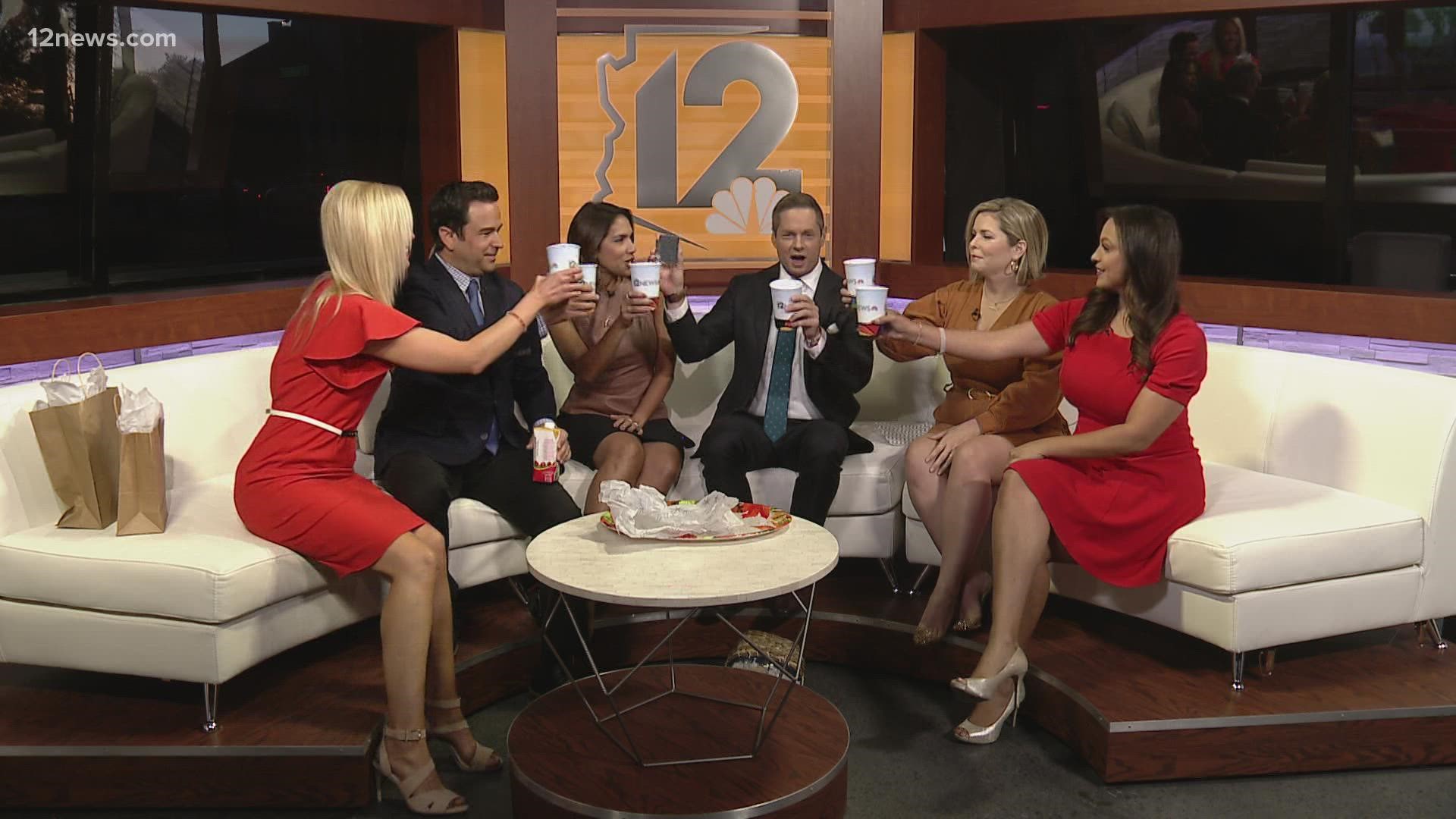 PHOENIX — It's official: Team 12 has a new anchor and his name is Scott McDonnell.

McDonnell recently made the long, 2,642-mile journey from Boston to Phoenix to join our news team and become part of the Phoenix family. He will join Today in AZ as a co-anchor with Rachel McNeill and 12 @ 12 with co-anchor Tram Mai.

"Everybody has been so warm and so awesome," Mcdonnell said on Today in AZ. "When it comes to actually being here, I'm so excited."

The Massachusetts native is a graduate of the Harrington School of Communications and Media at the University of Rhode Island and has a combined two decades of reporting and anchoring experience to share with Team 12.

While he's not reporting, McDonnell either loves to explore Arizona's hiking trails and parks or play the field on one of Arizona's many golf courses.

Have a favorite fishing spot? McDonnell also has a passion for catching fish wherever he can. Let him know where he should cast by texting us at 602-444-1212!

McDonnell joins Team 12 from WFXT-TV in Boston where he was an anchor and reporter.

He previously worked at News8 in Connecticut and KMBC 9 News in Kansas City covering some of the biggest stories of our time on the forefront of breaking news, including the shooting death of Trayvon Martin and the trial of George Zimmerman.

He also covered the riots in Ferguson, Mo. after the shooting of Michael Brown and anchored six hours of continuous coverage of the riots in Boston following the death of George Floyd.

McDonnell's passion for storytelling has also shined through other assignments, including election nights, traveling with presidential candidates, covering tornadoes, Nor’easters, and the World Series.

See McDonnell's introductions to Team 12 in our YouTube playlist here: