Administrators were accused of prohibiting discussion of LGBTQ issues, denying a request for an LGBTQ support group and questioning a transgender student's identity. 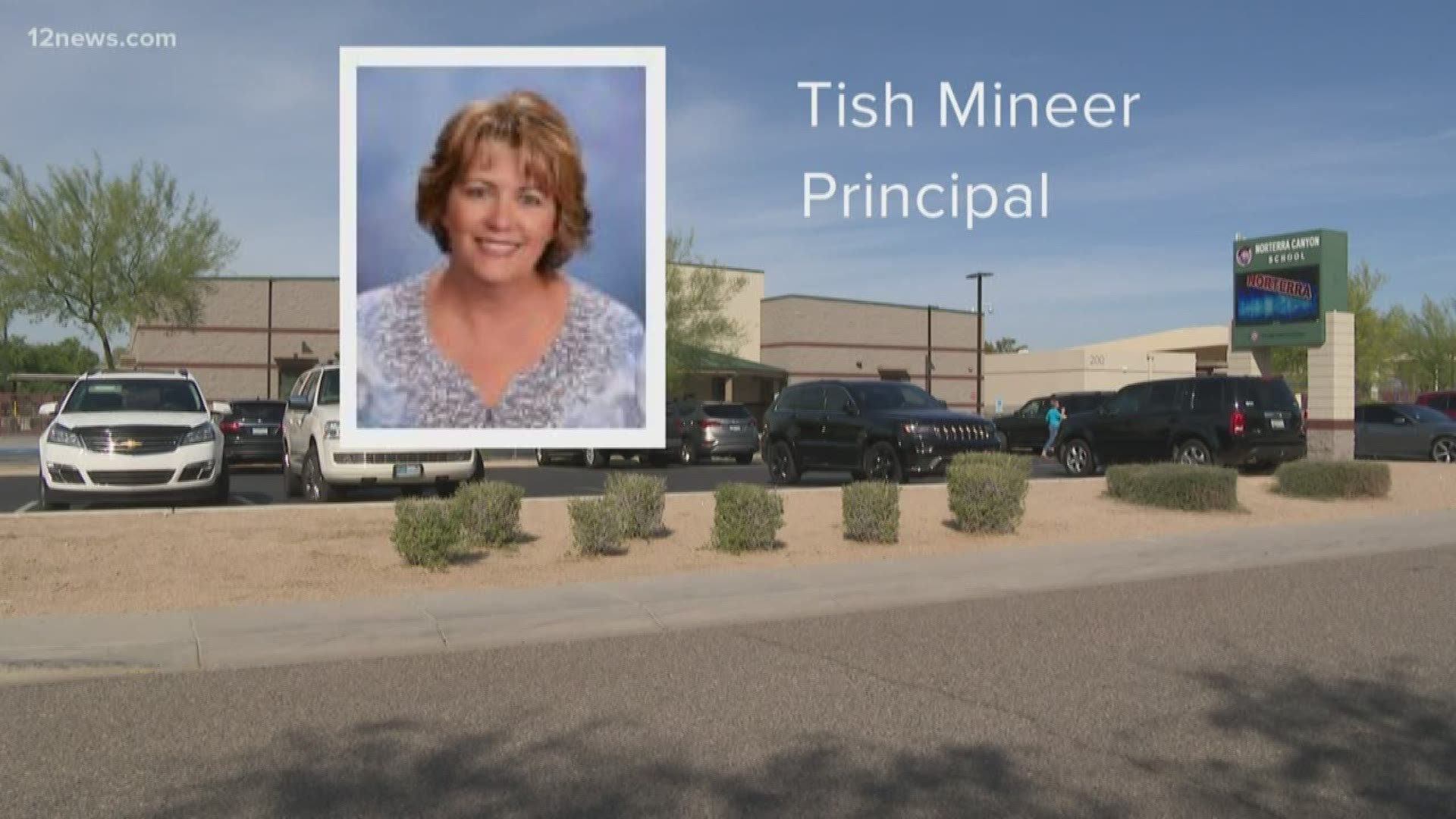 The director of the Arizona Trans Youth Parent Organization calls a recent string of incidents at Norterra Canyon School in Phoenix the most egregious case of intolerance he has come across in his four years leading the organization.

Robert Chevaleau says the way a principal and vice principal responded to a group of students discussing LGBTQ issues amounted to bullying and harassment.

“I’m hoping it was just ignorance and something positive will come out of this,” Chevaleau said.

But a spokesperson for the Deer Valley Unified School District says the allegations levied against Principal Tish Mineer and her vice principal are unfounded and amount to second-hand information.

“Administrators did not and do not forbid students from having conversations about gender identity,” said Monica Allread, director of communications and community engagement at the Deer Valley School District.

A claim filed with the district accused administrators, among other claims, of prohibiting discussion of LGBTQ issues on campus, denying a request for an LGBTQ support group, and personally questioning a transgender student's gender identity.

The following questions detail the claims and responses from Allread by email.

Q: Did you or administrators forbid students from forming an LGBTQ support club?

A: The principal felt that a club specific only to LGBTQ issues wasn’t age-appropriate for a K-8 school, but the principal will be moving a group that supports social and emotional needs of all students from a lunchtime club to an after school club, so that more students can take part.

Q: Did you or administrators forbid students from discussing gender identity issues on campus?

Q: Did you direct teachers to ignore a student’s request for faculty to call them by a new chosen name and pronoun, and what is your policy about such requests?

A: We cannot discuss a specific student due to privacy rights (FERPA).

DVUSD will not go against a parent’s wishes in these circumstances. This means, if we have a student who identifies as transgender, but their parent/guardian has clearly forbid us from using the student's preferred name and/or preferred pronouns, we would follow the parent’s direction.

Q: Did Assistant Principal Jennifer Hermanson meet with students about their concerns and tell them they would not be able to form an LGBTQ club?

A: See answer to question 1 - The principal felt that a club specific only to LGBTQ issues wasn’t age-appropriate for a K-8 school, but the principal will be moving a group that supports social and emotional needs of all students from a lunchtime club to an after school club, so that more students can take part.

Q: Did Assistant Principal Hermanson tell a transgender student that they sounded and looked like the gender on their birth certificate?

A: That is second hand information that we cannot confirm.

Q: What were the results of the school district’s investigation of allegations involving LGBTQ issues at Norterra Canyon School?

A: To date, we have received one complaint regarding anti-LGBTQ bias at Norterra Canyon. It was from the mother of a student who was not directly involved.

As with any investigation, specific details can’t be released. Multiple stakeholders were interviewed. These stakeholders included administrators, teachers, and some of the students and parents who were directly involved.  Investigators found no evidence to substantiate what was alleged in the complaint. The complaint relied on secondhand information.

Q: Did the district conduct an investigation of this incident without speaking with students?

A: Students were interviewed.

Q: Will the district consider the recommendations provided to it by the Arizona Trans Youth Parent Organization?

A: These recommendations are being reviewed.

Q: What steps, if any, is the school district doing to address concerns raised by the parent and students at Norterra Canyon?

A: DVUSD strives to provide a safe and supportive learning environment for all of our students. As such, any complaints received are reviewed and investigated if necessary.