The boy was taken to a pediatric trauma center with life-threatening injuries and later died. 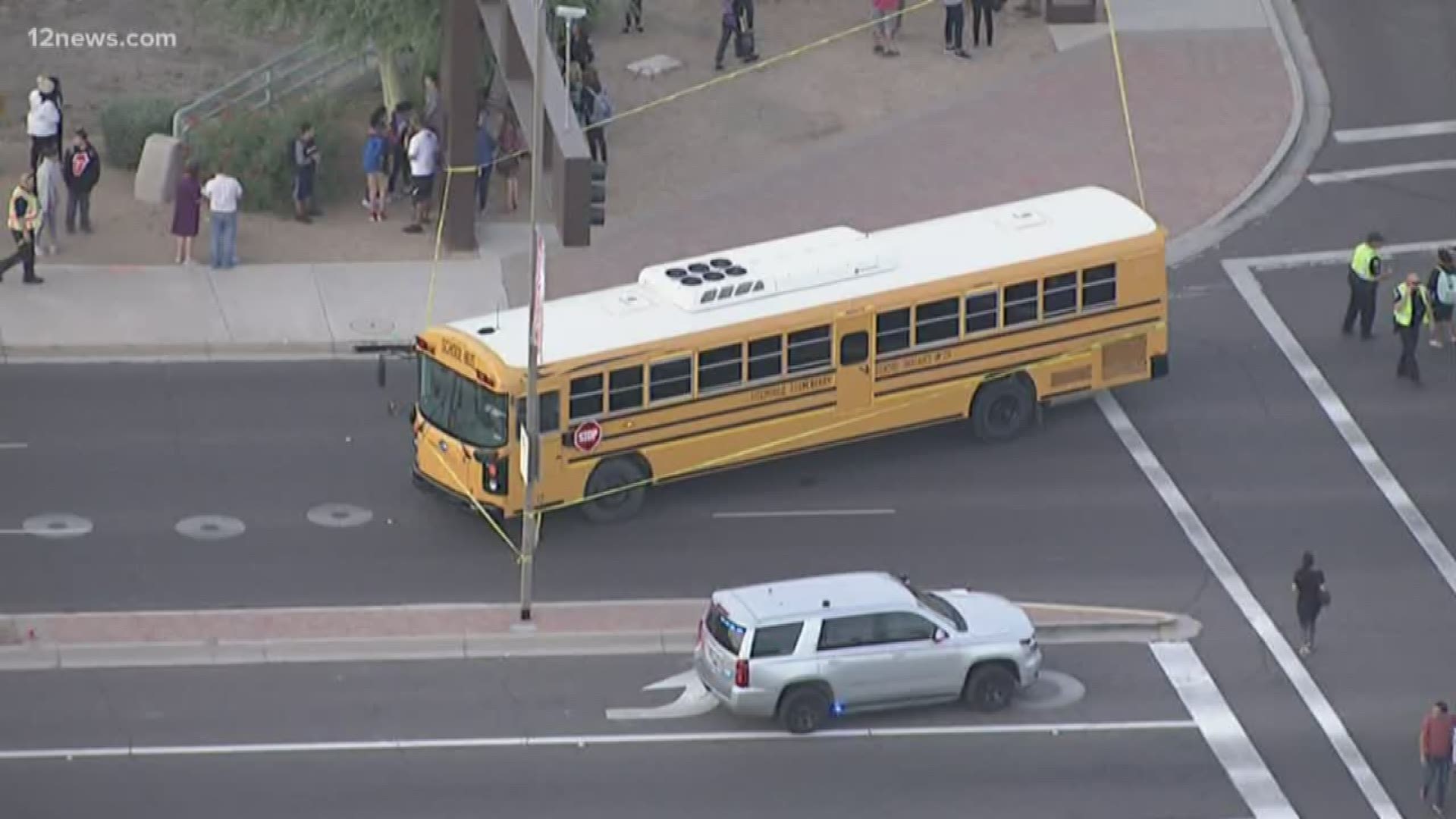 A 12-year-old boy has died after being hit by a school bus near 144th Avenue and Indian School Road in Goodyear on Friday afternoon.

Police said the victim's name is not being released at this time.

Students were seen being let off the Litchfield Elementary School District bus shortly after the crash right outside Western Sky Middle School. No students on the bus were injured.

The crosswalk near the school was taped off, and the bus was stopped nearby.

RELATED: 14-year-old student dies after being hit by vehicle in Peoria

No impairment is suspected, and the driver is cooperating with the investigation, police said.

Police are continuing to investigate and say there will be no additional updates Friday night.

Litchfield Elementary School District released a statement Friday night that said the boy who died was "a kind young man who will be dearly missed."

Here is the full statement:

"It is with a heavy heart that we share that one of our Western Sky Middle School students was in a tragic accident today involving one of our school buses. He was transported to Phoenix Children’s Hospital where he later passed away. Impairment is not suspected and the driver stayed on the scene to cooperate with the Goodyear Police Department investigation. No students on the bus were injured.

"We offer our deepest condolences to the family of our precious Wildcat. His name is not being released at this time, but he was a kind young man who will be dearly missed.

"Mental health experts will be available at Western Sky Middle School on Monday and for as long as students and staff need support. Students and families in need of added support are encouraged to contact their teacher or the school office to ensure their needs are being met.

"Thank you to Goodyear Police Department and Goodyear Fire Department for their assistance and support. We deeply appreciate their partnership at a time when our community most needs a sense of care and love."