A Southwest Gas pipeline that ruptured and caught fire Sunday was 36 years old. A gas company spokesperson said it had recently been inspected. 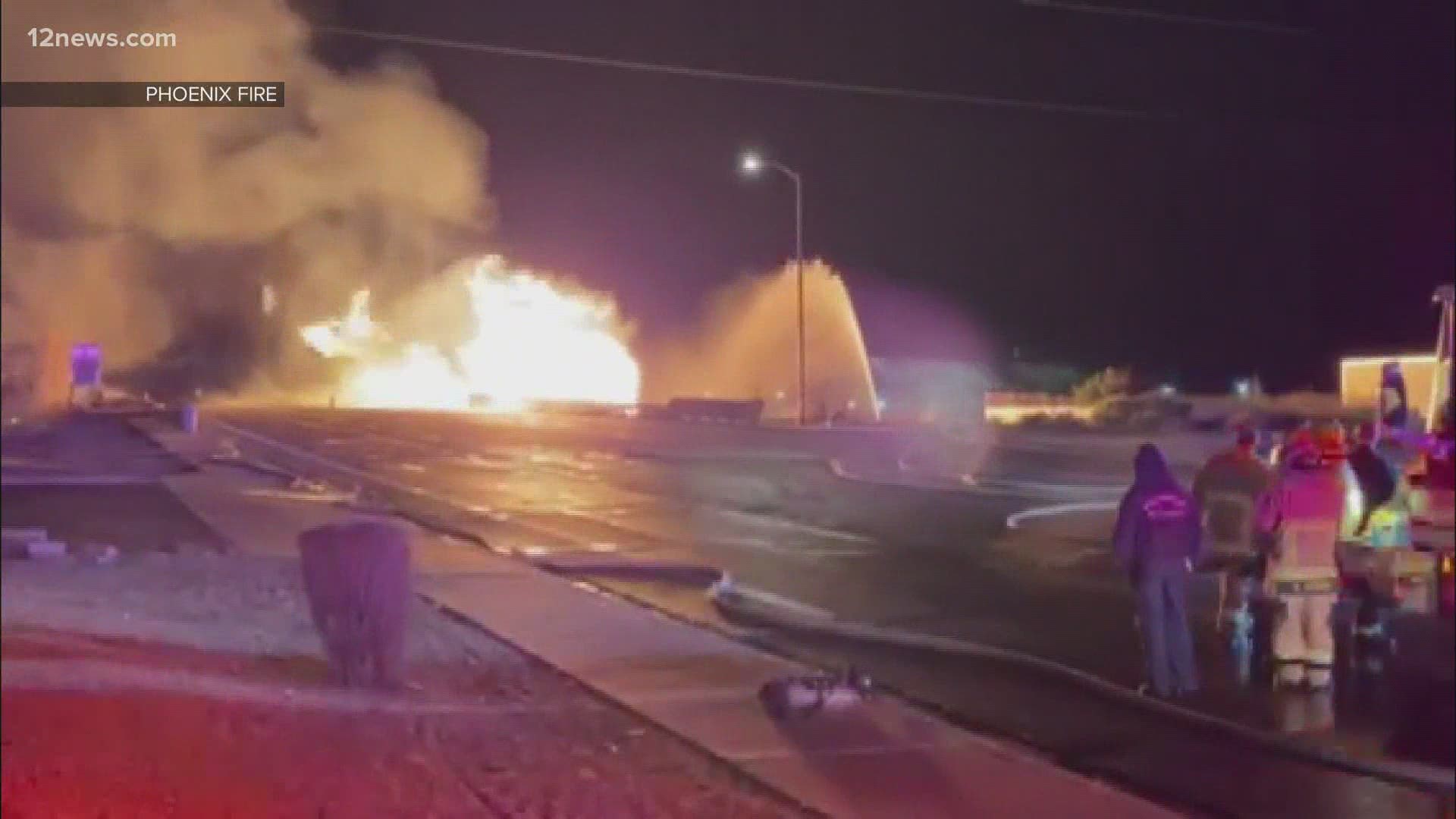 PHOENIX — A gas pipeline that erupted in fire on Sunday was 36 years old and had recently been inspected, Southwest Gas officials said.

The high pressure pipeline that runs under the 7th Street bridge ruptured Sunday morning, sending flames high into the sky and damaging the bridge.

The gas line was a 10-inch steel high-pressure line that was mounted to the underside of the bridge, a Southwest Gas spokesperson said. It was first laid in 1984, but was inspected as recently as this past January.

There were no problems discovered during the January visual inspection, the spokesperson said. Inspectors looked at the parts of the pipeline they could see from the ground and the bridge. They also used a laser measuring device to inspect the pipe for deviations and gas leaks.

Before that, the pipeline was also inspected in March 2020 and no problems were found then either, the gas company said.

Steel pipe can be susceptible to corrosion and failure, and calls to replace steel gas pipelines have increased since a 2010 explosion in San Bruno, California, that killed eight people and injured 51 others.

But the 7th Street pipeline was not scheduled to be replaced because high pressure lines have to be made of steel rather than plastic, the company said. There had also been no previous indications of problems.

A spokesperson said Southwest Gas crews had not been able to get access to the pipeline to start inspecting it to find out what went wrong.

City officials said the bridge would be shut down for several months for repairs.