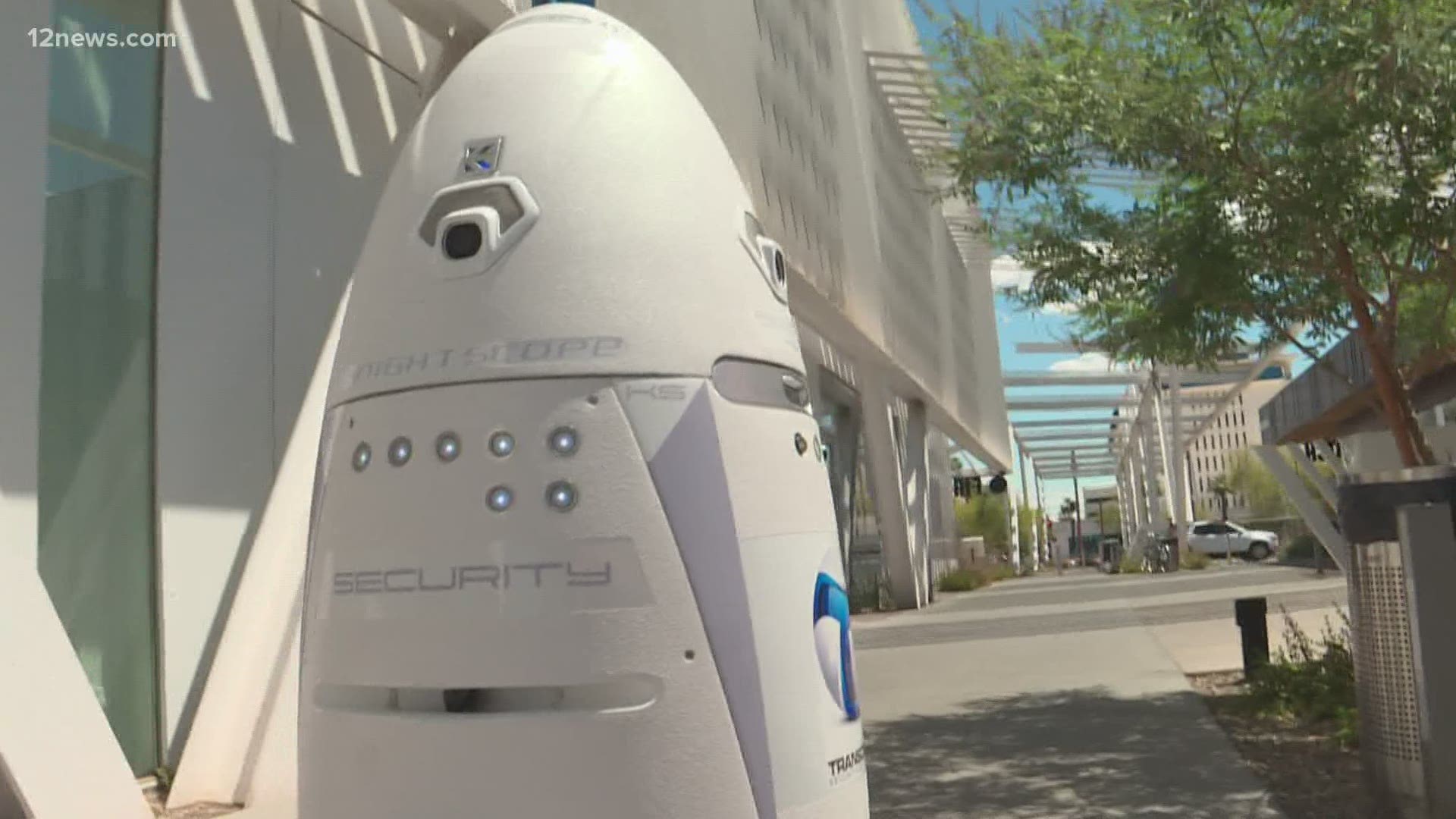 PHOENIX — The future of security is here.

“This is our new employee, his name is Parker,” said Sharon Harper, CEO of Plaza Companies, which runs Park Central Mall. “He’s state-of-the-art, designed for Park Central and he’s really been a hit.”

Like any new employee, Parker is learning the ropes on his new job site.

“He’s always learning; learning new things about the property, little nuances, what should and shouldn’t happen on the property," said Chris Vetter, CEO of Transcend Security Solutions, who operates Parker remotely from an off-site control room.

“If we have any issues we are not able to respond to, we are able to capture the device information, so if somebody’s cell phone is on the property and we have an issue and we want to determine if that person ever comes back on the property, Parker will alert us and let us know we have a person of interest on-site,” said Vetter.

Parker constantly sends video, audio, and other data back to a control room where humans determine the best course of action.

He’s also been a hit with all who meet him.

“He’s been here just 30 days and everybody seems to want to take a picture with Parker, they want to get to know him, ‘what is he doing here?’” said Harper. “He’s created such a fun, high-tech sense of security and innovation.”

With Parker, there are no worries of machines taking over. Humans will still play a vital part in Parker’s operation and in mall security.