The philanthropist and CEO offered $10,000 three days ago and has now tripled the size of the reward for whoever finds missing Scottsdale Marine Jesse Conger. 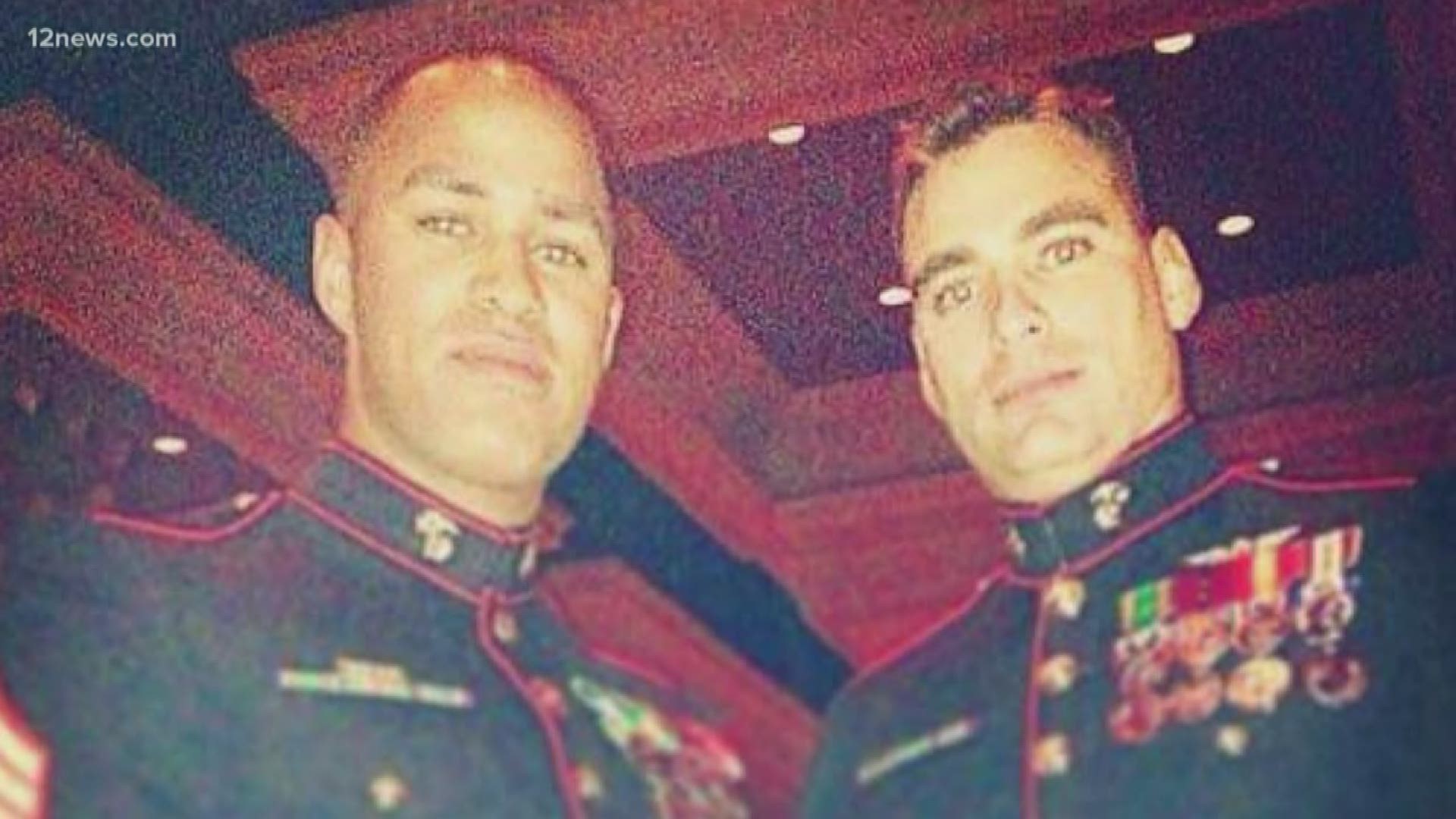 Three days after offering a $10,000 reward for whoever finds missing Scottsdale Marine Jesse Conger, Bill Pulte has upped the reward to $30,000, he said on Twitter Tuesday.

Conger was last seen on Aug. 14 at a Scottsdale apartment where he lives with his girlfriend.

Pulte, a philanthropist and CEO of Pulte Capital, tweeted he was offering a $10,000 reward on Aug. 24.

In his tweet Tuesday, Pulte says, "my wife and I [are] sick to our stomachs about missing Combat Veteran Jesse," before upping the reward for whoever finds him by $20,000.

Pulte is known for participating in what he calls "Twitter Philanthropy" where he and his team will find people and stories through Twitter and offer monetary assistance and/or publicity to their causes.

He told 12 News' Tram Mai on a phone call Tuesday that he wanted to up the reward in hopes it would get more volunteers out there looking for Conger. Pulte added that he spoke with Conger's family Tuesday morning.

"[Jesse Conger's] sister told me that Jesse's father was out handing out flyers and he could not speak to people to recruit volunteers because every time he did it, he cried," Pulte said. "Thinking that-that is the state this family is in right now, we're all humans, we're all suffering, and if there is a way I can help reduce their suffering, let's find [Conger]."

Additionally, Pulte told 12 News today he is going to work with the sheriff's office and see what assistance they may need in the search. Pulte, a helicopter pilot, said he would offer to fly a search helicopter or provide funding needed if a search helicopter can be utilized, among other needs.

Jesse Conger's family said he suffers from PTSD after years in the Marines, serving overseas in both Afghanistan and Iraq.

Jesse joined the Marines just like his father, but Jesse went further, becoming a diver for search-and-rescue teams.

"He had done so much more in his service that I can look at and say—and be proud of, but it seemed it came at a terrible price," Dom said.

RELATED: 'He rescued people, now he needs to be rescued': Search continues for missing Scottsdale Marine

His family told 12 News that Jesse was social and able to make everyone laugh, but did suffer from depression.

“We want to help you, we want—whatever is going on, we will face it together. We will face it as a family, as a team,” Patricia Conger, Jesse's twin, said.

His girlfriend, Natasha Harwell, said the two days before he disappeared he stayed in bed and did not talk to her. When she came home on Wednesday and Conger was not there, she filed a missing police report.

"When I woke up and he wasn't here, and I thought to myself, 'OK, this is not right,'" Harwell said.

Since then, she has been joined by friends and family searching across Arizona. She left a note on a table in their apartment in case he comes home.

"It just says, 'Jesse, I love you, thank you for coming home to me," Harwell said.