Returning tokens of valor: How one Michigan man returned lost dog tags from WWII to a Mesa family

The rusted set had the name Clifford Voigt engraved and indicated that he enlisted in 1943. 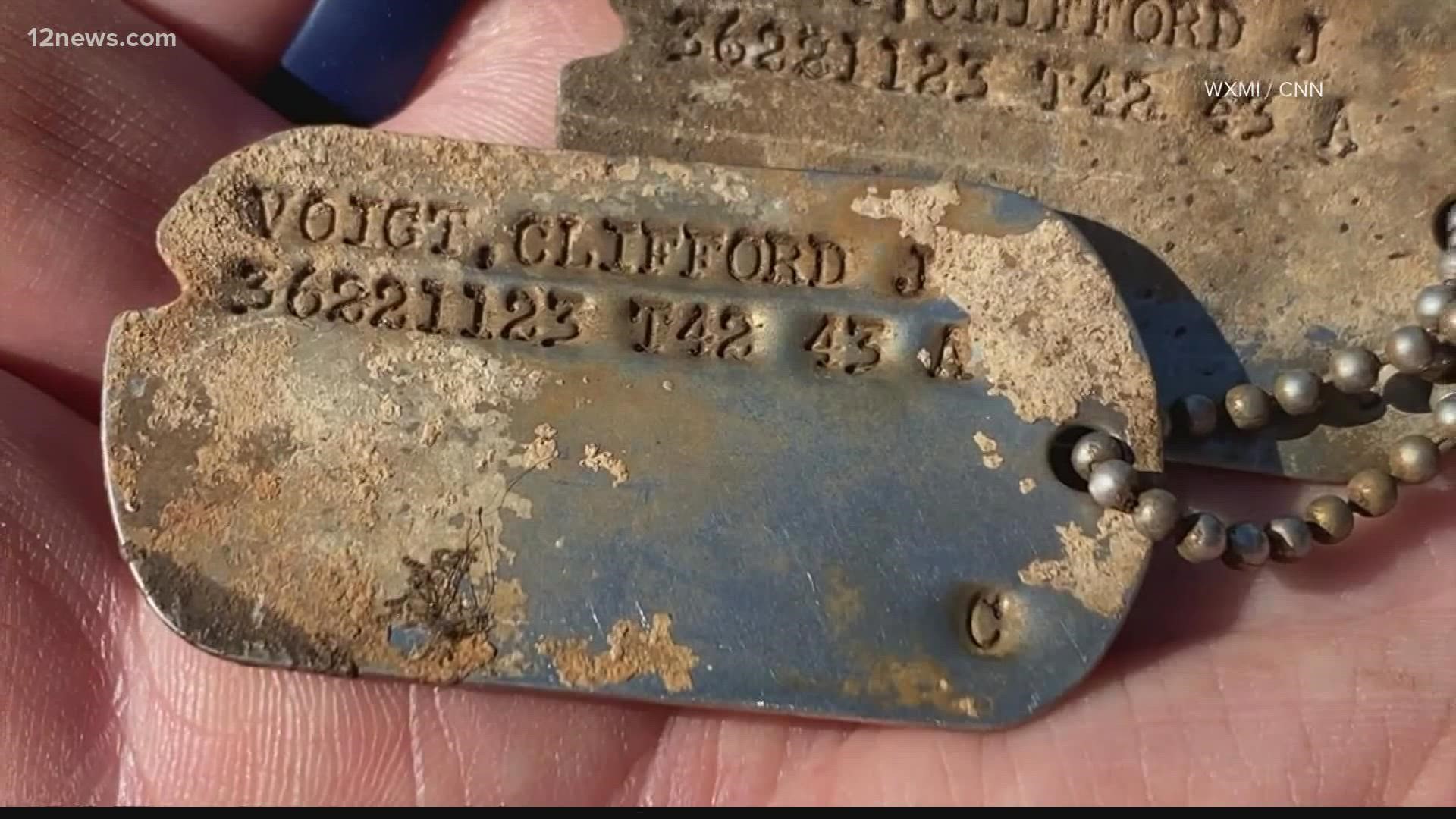 GRAND RAPIDS, Mich. — A Grand Rapids man came across a treasure so valuable that he searched across the country to return it to its rightful owner.

“I would see a lot of things underneath the water, and I’d think, ‘man, how can I get some of that stuff?’” Gross said.

So, he took up magnet fishing. A strong rope is fastened to a powerful magnet, which is then tossed in a body of water.

Over the years, Gross has come across several guns, lawnmowers, mufflers, even a grenade. But what he found at the end of September would not end up in the scrapyard on a shelf in his home.

“I’ve already gotten some dog tags before, here’s another set!” exclaimed Gross on his YouTube channel video as he held up a set of World War II-era dog tags.

The rusted set had the name Clifford Voigt engraved and indicated that he enlisted in 1943.

It’s not the first set of dog tags he pulled from Grand River, but his search for Sgt. Voigt's family was more challenging. With help from friends and even strangers, Gross found them.

“They’re super excited,” said Gross. “They want to talk later in-depth on everything.”

Soon, the son and daughter-in-law of Sgt. Voigt, who lives in Mesa, will be reunited with a memento of his service.

Voigt was laid to rest at the Mountain View Cemetary in Mesa.

Because dog tags have serious value to families of soldiers, the Department of Defense will take them and return them to the next of kin.

If you find one, you can mail it directly to the Secretary of Defense located at 1400 Defense Pentagon Washington, DC 20301-1400.