Buckeye police said Merrill was a Marine Veteran who continued a life of public service. 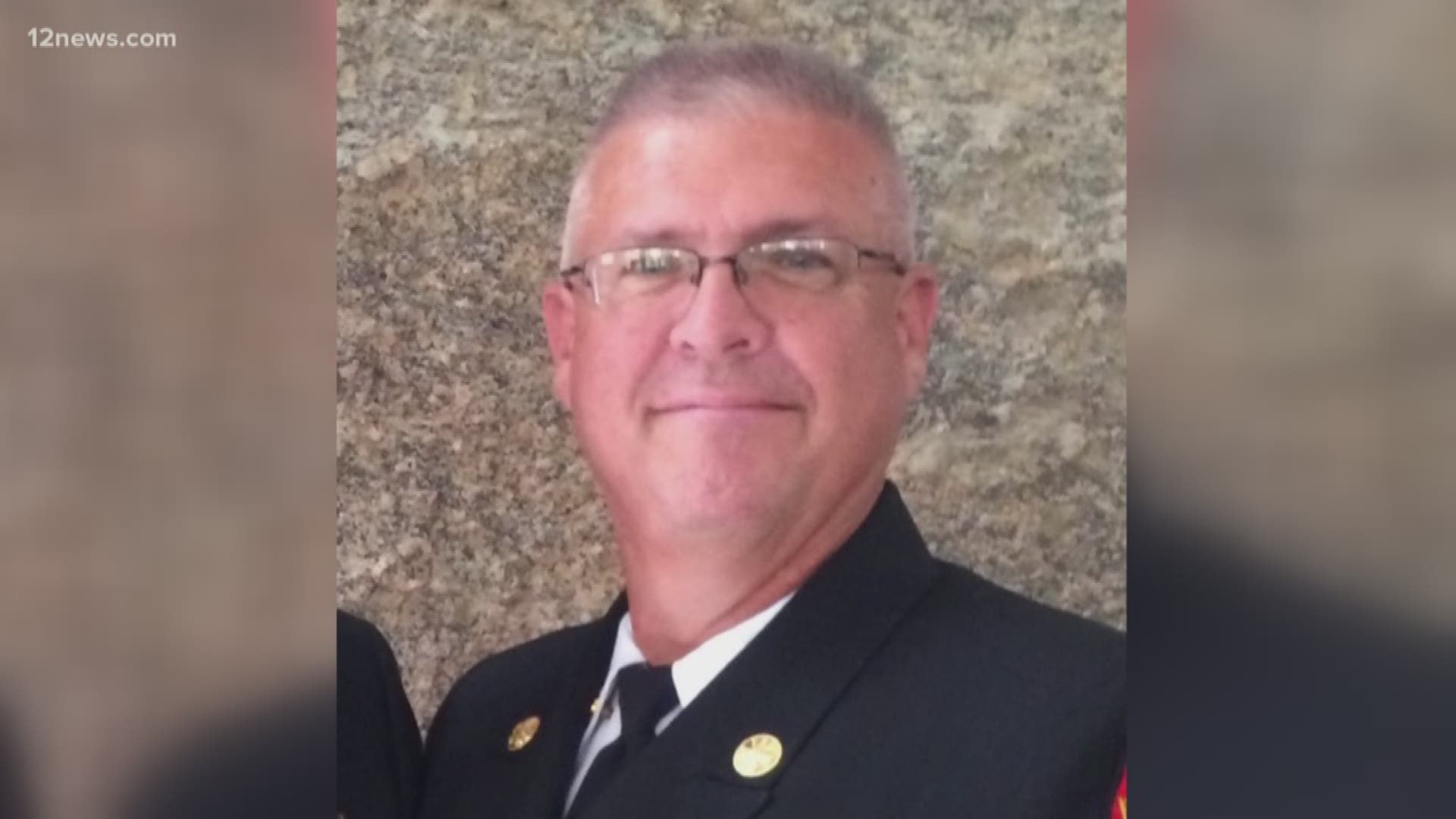 BUCKEYE, Ariz. — The Buckeye Police Department revealed that the victim of a crash Saturday was a recently retired fire chief.

According to Buckeye police, the crash victim has been identified as retired Dep. Chief Eric Merrill, 59, of the Rio Verde Fire District.

Dep. Chief Merrill retired after 40-years of fire service just two weeks ago and served with the Rio Verde Fire District for the past 15 years, officials said.

Buckeye police said Merrill was a Marine Veteran who continued a life of public service. The recently retired Dep. Chief leaves behind a wife and two adult children, according to authorities.

Police said Merrill's son was also injured in the accident. He is in the hospital and his injuries are not life-threatening, authorities said.

Several others were injured in the crash at Palo Verde and Yuma roads in Buckeye Saturday morning, police said.

According to Buckeye police, a witness of the two-car crash said both cars rolled but landed upright.

Palo Verde Road was shut down south of Interstate 10 for the investigation.

The cause of the crash was not immediately released.