Bishop Thomas O'Brien became embroiled in scandal at the end of his time with the church, admitting to sheltering bishops accused of molesting children. 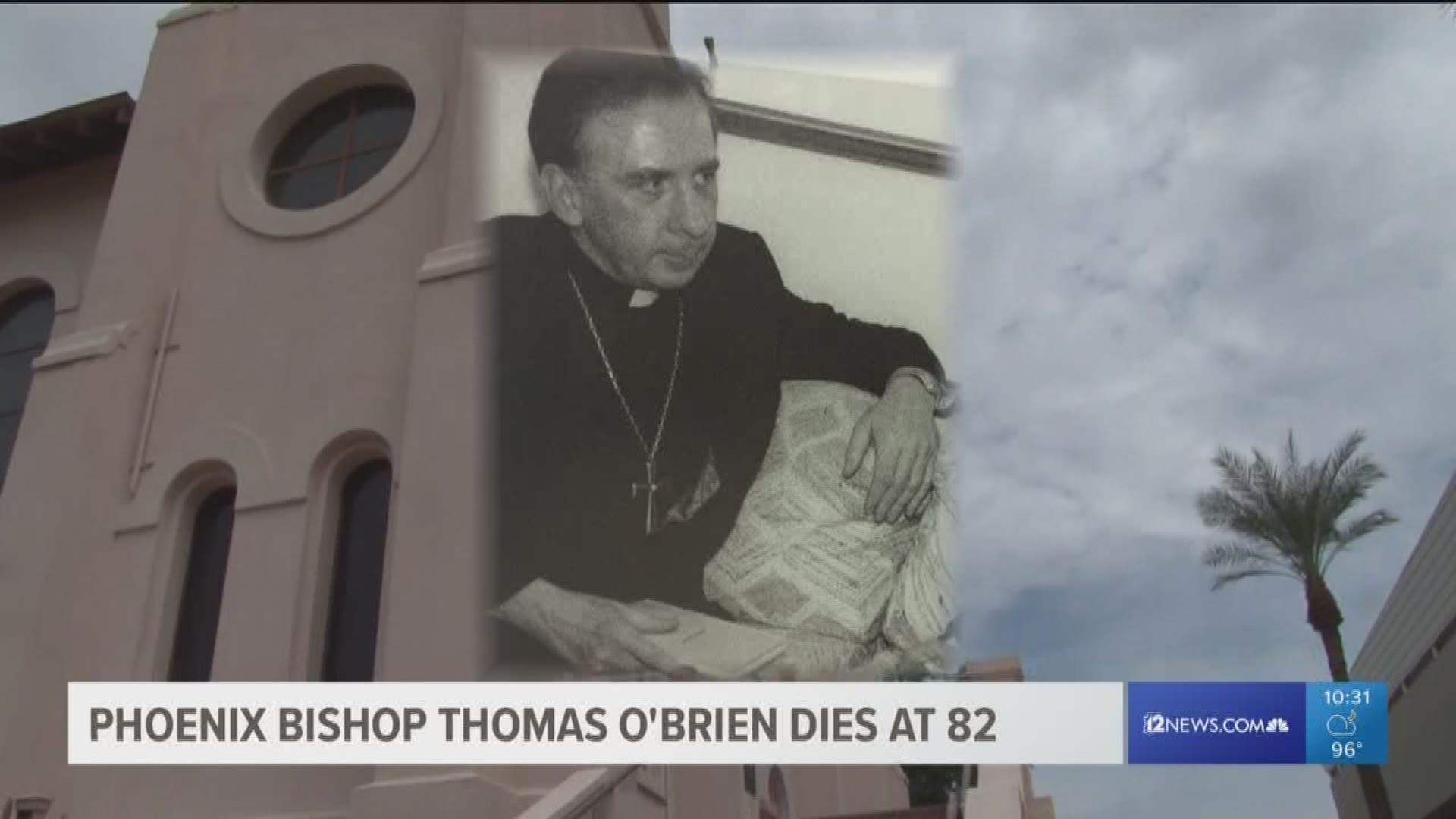 Bishop Thomas J. O’Brien, retired bishop of Phoenix, died this morning at 6:11 a.m. In his later years he had been suffering from ongoing health complications related to Parkinson’s disease. He was 82. Please pray for the repose of his soul, and may he rest in peace.

He was embroiled in scandal during the end of his time with the church. In 2003, he entered into an immunity deal with the Maricopa County Attorney's Office after admitting he played a role in letting suspected pedophile priests return to working with children.

"Probably one of the more difficult cases for me personally, but the children are better protected in Arizona," he said.

A Catholic himself, Romley knew he had a duty to protect the children and enforce the law. “I can't tell you how many Catholics come up to me to this day and say, 'Rick, thanks for giving us our church back.'" he said.

Just two weeks later that year, he struck and killed Jim Reed while driving and left the scene of the crash near 19th and Glendale avenues. He was later found guilty.

In 2017 lawsuit, a Tucson man alleged that O'Brien sexually abused him decades prior.