People in downtown Phoenix loving the heat relief, but others missing monsoon weather

The relatively mild temperatures for Phoenicians have many people heading outside to enjoy lunch on the patio. Others are missing a big monsoon. 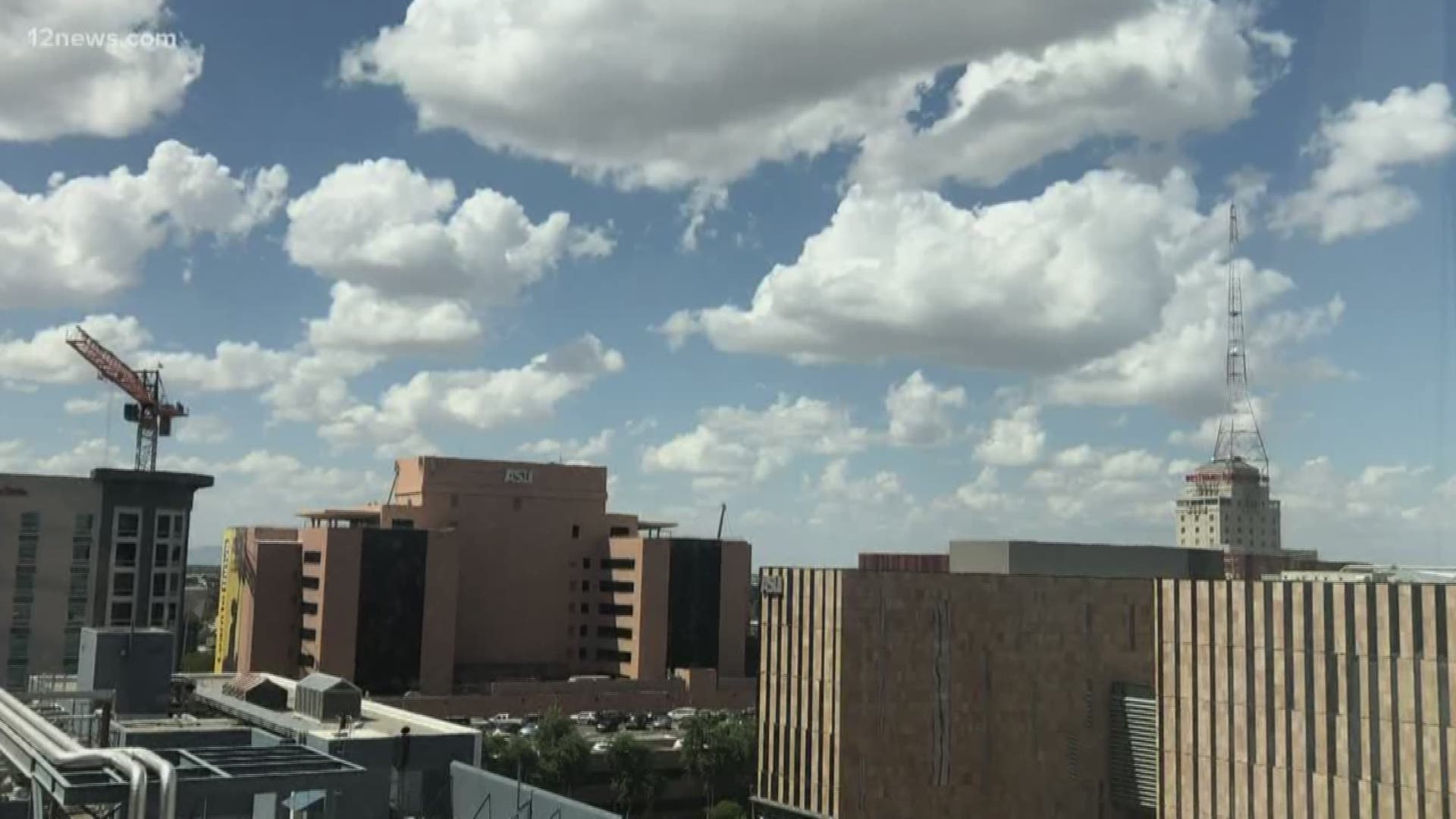 PHOENIX — The temperatures the past few days have a lot of people in a pretty good mood with some relief from the heat.

It’s been one of the hottest summers in a long time here in the Valley, so when you get temperatures in the high 90s, why not break out something new? Bronika Khoushaba decided to dust off the jean jacket from her closet.

."What’s up with the jean jacket? Is it cold today?" I asked her.

"I don’t know, I just picked it out," said Khoushaba.

"Does it feel that much better today?"

"Yes," said Khoushaba with a laugh.

Jesus Rabago was loving the weather and couldn’t help taking a shot at his friend for her attire.

"Today was nice. Yesterday was nice as well. I can finally start wearing like Bronika over here," Jesus said with a smile.

All across downtown Phoenix, people were feeling pretty good about the temps. Tommy Verdugo, who grew up in Tempe, said Tuesday was a much-needed relief.

"I’m feeling great. I’m getting tired of the heat. It’s nice to be able to wear an all-black outfit," said Verdugo.

"This is better than having a really sunny day," said Stephanie Cobian, who grew up in Phoenix.

PREVIOUSLY: Phoenix has had nearly 30 days of 110+ degree temps this year, more are in the forecast

But others were really missing a good monsoon season.

Mesa native Ashley Durfee told me Tuesday's weather is a nice relief. But she has been disappointed with this year’s monsoon season.

"Yes, this is nice, but I’ve been a little sad about it because I remember there was one day I was working and all of a sudden it started raining and it’s the only rain I’ve really seen," Durfee said. "I definitely wish there was a little bit more rain."

"I am [missing the monsoon]. I definitely wish there would have been more," said Samantha Ishak, who was outside a Starbucks with friends in downtown Phoenix.

Tuesday's weather is all people seemed to be talking about. I caught up with Ethan, Mandy and Roddy, who were enjoying lunch outside in downtown Phoenix to see what they thought about it

“Finally glad to be under 100 so we can come out here and enjoy lunch," said Roddy Thomlin.

"I just like standing out on my porch and watching the rain fall and smelling the dry dirt,".

As for monsoon, rookies like Jaclyn Bell from Pasco, Washington—who’s experiencing her first summer in Phoenix— are just glad to get any kind of relief.

"So this is much-needed relief for you?"

RELATED: 2019 just had one of the driest and warmest August months for much of Arizona