The artist told Team 12's Mike Gonzalez on Monday she had "no idea" about the red nose. 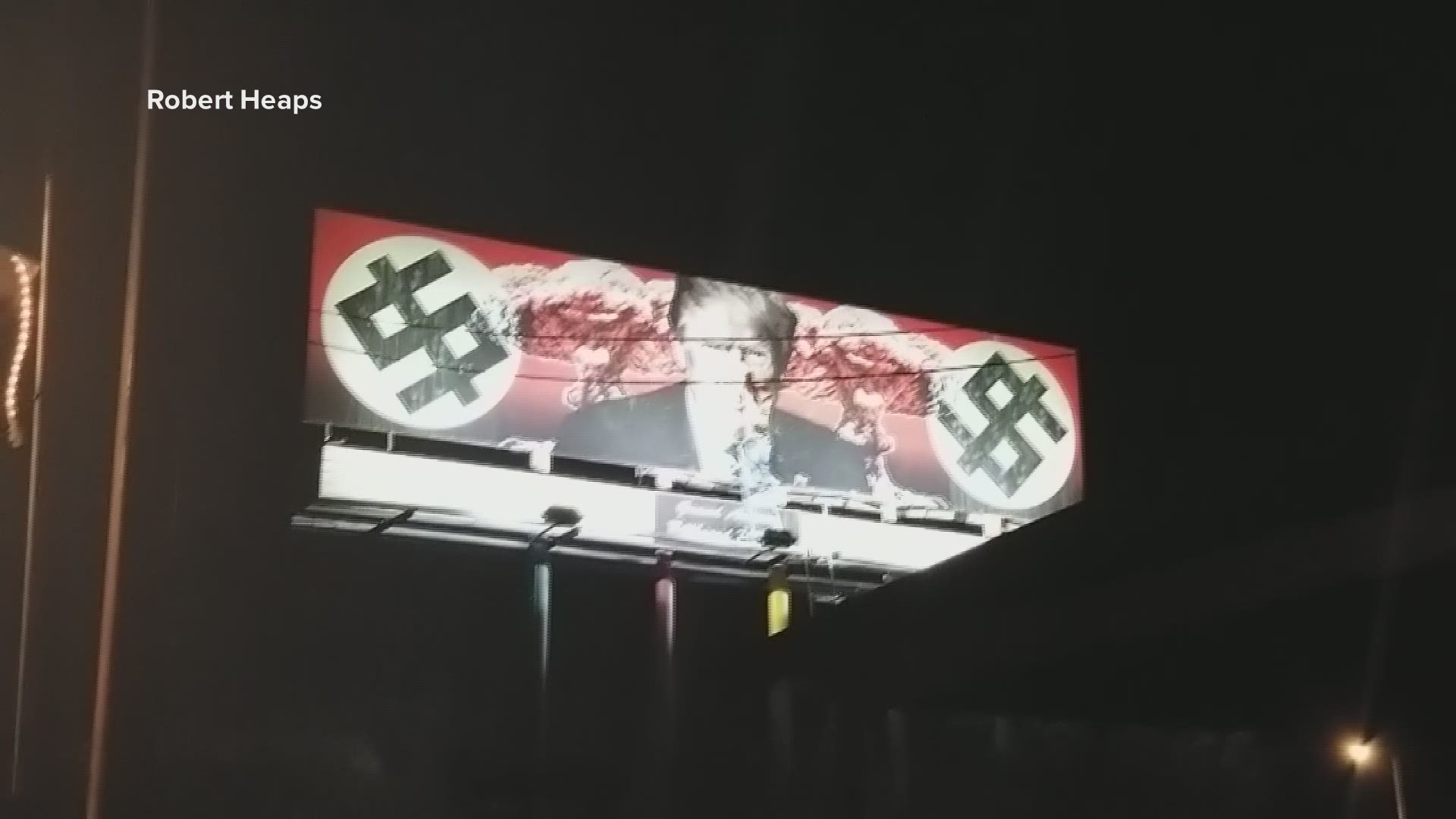 The billboard, which already featured Trump flanked by mushroom clouds and dollar signs made to resemble swastikas, now has a red clown nose on the president.

The billboard initially went up March 17, 2017, at 11th Avenue and Grand Avenue.

Artist Karen Fiorito told Team 12's Mike Gonzalez on Monday she had "no idea" about the red nose.

The billboard art was commissioned by the billboard owner, Beatrice Moore, a longtime patron of the arts on Grand Avenue.

In March 2017, Fiorito said she was "just trying to express what I think is on a lot of people's minds these days."

"Some of these issues are so important you can't not speak out," Moore said in a 2017 interview with 12 News.

Moore and Fiorito, who resides in California, expected blowback from Trump supporters, and Fiorito said in 2017 she received death threats over the billboard.

It is unclear at this time if the red nose will come off the billboard.