12 News has learned Friedman Recycling has a history of fires at their facilities. 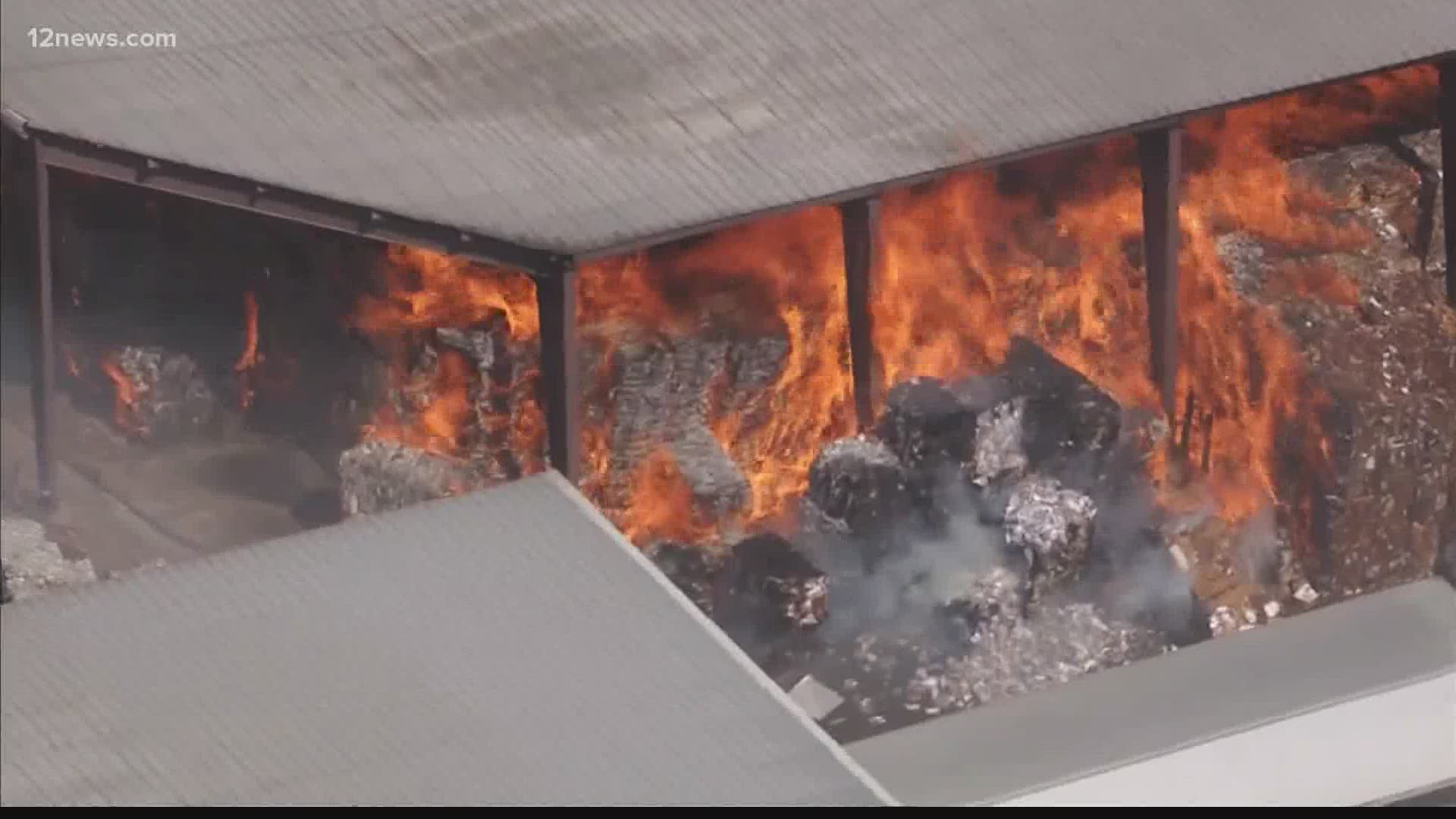 PHOENIX — Phoenix Fire officials said they expect to finish cleaning up after a massive six-alarm fire at the recycling plant in Central Phoenix by Monday night or Tuesday morning.

The fire which broke out at Friedman Recycling on Saturday night was the largest response in Phoenix Fire Department history. A spokesman said the department expects to turn the property and cleanup back over the Friedman Recycling by Tuesday morning.

But 12 News has learned Friedman Recycling has a history of fires at their facilities.

The same recycling yard near 35th Avenue and Lincoln Street burned in 2011. At the time, firefighters said it had burned multiple times before that.

A Friedman facility burned in Tucson in 2009. There have been other fires reported in El Paso and Albuquerque.

Friedman Recycling refused to answer any questions about those fires.

Instead, a spokesperson sent a statement:

"As you are aware, there was a fire at our Phoenix recycling facility on Saturday. We are very thankful that no one was injured, and the Phoenix Fire Department was quick to respond. Even though our plant is damaged, our service infrastructure remains intact and we are open and servicing every single customer today. The cause of the fire has not yet been determined by the Phoenix Fire Department." – Morris Friedman, President of Friedman Recycling.

Fires at recycling plants and scrap yards happen almost every year. Here are some of the biggest of the last six years: