For a teen with only half a heart, Cole Ludwig puts a whole lot of it into everything he does. 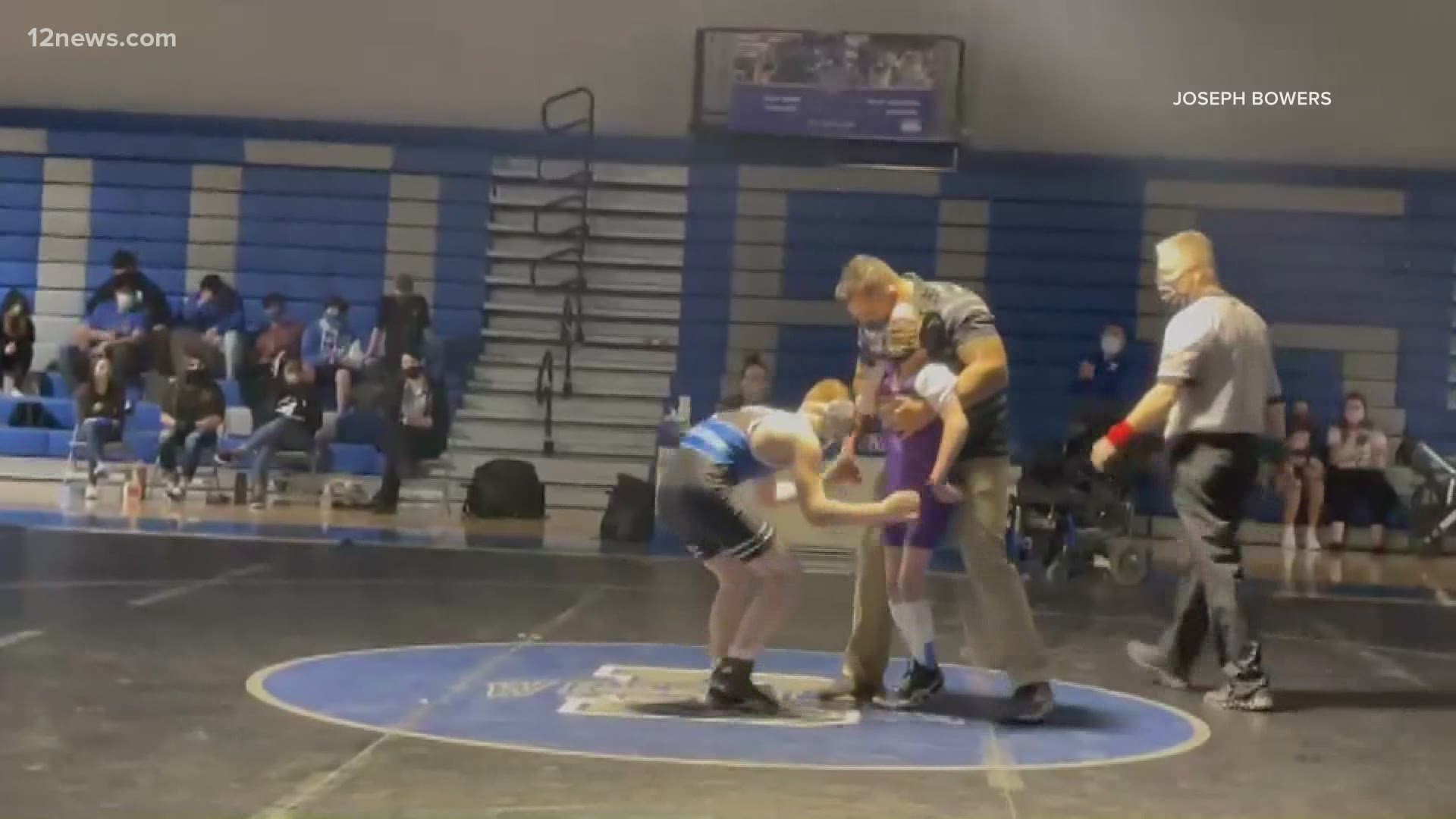 QUEEN CREEK, Ariz. — It was a sweet moment between two East Valley wrestlers caught on camera earlier this month. Now, the viral video is getting a lot of positive traction.

The video shows an unlikely match between Queen Creek's Cole Ludwig and Dobson High School's JB Erb.  Ludwing, a freshman at QCHS, has special needs, but that doesn't stop him from getting on the mat.

His parents, Yvonne and Troy, said Cole was born with half a heart and needed three surgeries by the time he was 5-years-old, all while dealing with a genetic disorder, epilepsy and cerebral palsy.

"Anything he wants to do, we figure out a way to make him do it," said his mom.

It helps if you have Cole's willpower. Not only has he been wrestling since he was in middle school, but he also helps raise and show animals at home and even runs his own business, Cole Ludwig's Cattle & Feed Co.  And he does it all with a smile.

"The only thing mom's said no to is riding a bull," said Yvonne with a laugh as Cole pressed her to do that, too.

In the video from his match against Dobson High School, you can hear the crowd cheering him on.  A special moment not just for Cole but for Erb too.

"Coach came up to me and he was like 'Hey! You’ve got a match," said the Dobson sophomore. "He said 'Are you willing to wrestle him?' And I said yeah right away."

It was an easy decision for Erb and one his coach won't soon forget.

"He had an impact to go out there and make an impact on another kid and I thought that was special," said head coach Jake Allen.

Cole's parents also warmed by all the support.

"Every time I see a video, no matter how many times I watch them, I don’t end the video with a dry eye," Yvonne shared.