The fire department quipped about what could be causing these recent interactions with their slithery neighbors. 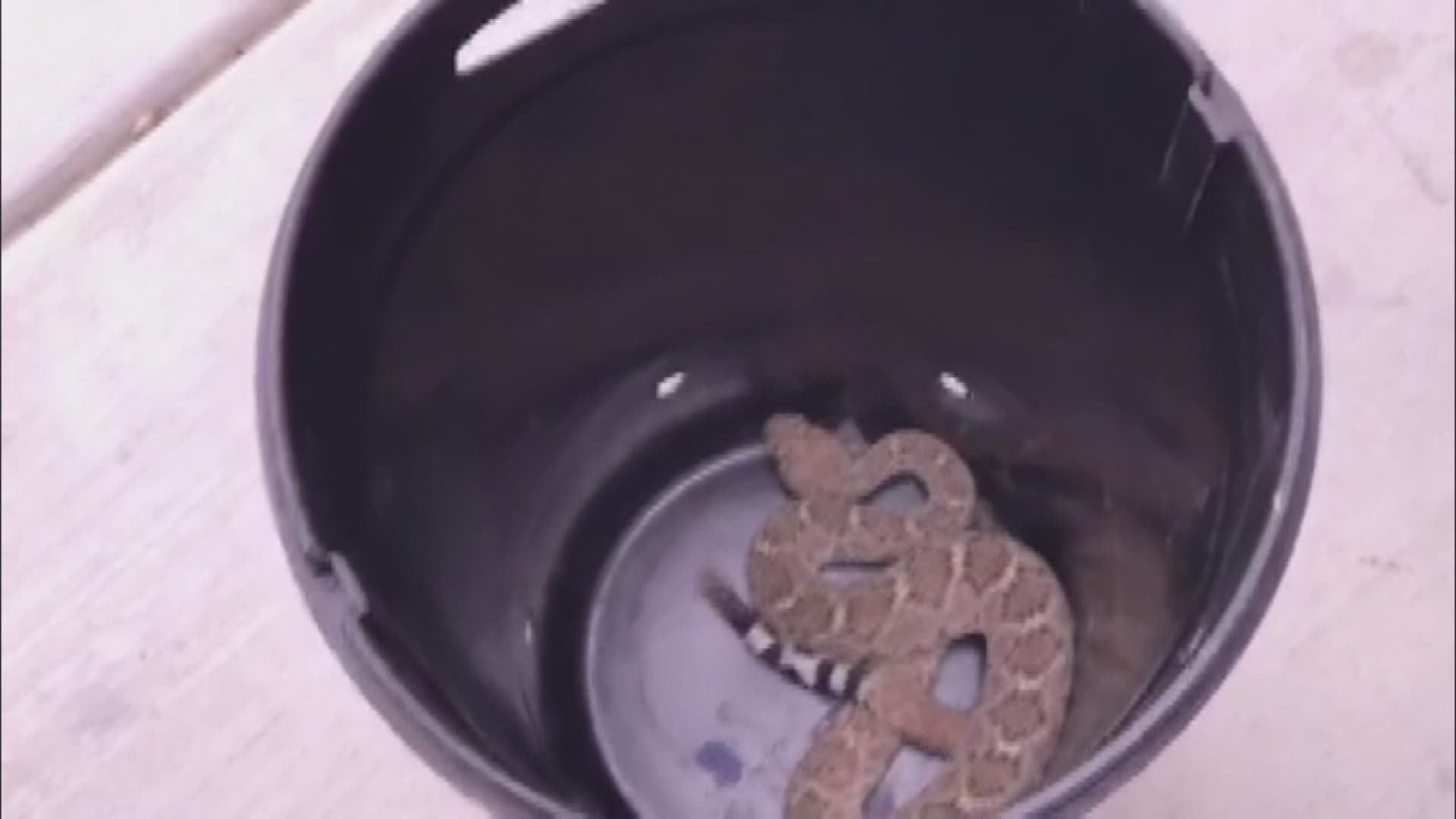 GOODYEAR, Ariz. — The resident snakes of Goodyear were out and about Thursday. The fire department reported getting at least nine snake removal calls throughout the day.

According to a Facebook post from the department, they received "not two, not five, but eight..yes eight (8) snake removal calls". The department commented sometime later with an update that they'd received yet another call about an unwanted serpent.

The fire department quipped about what could be causing these recent interactions with their slithery neighbors.

"Too hot? Rain finally coming to town? Testing your reflexes? Knowing that light rail doesn’t go to Chase Field and wanted to have a family reunion? Any ideas?" the post read.

The post concluded on a more serious note. The department is reminding people to be aware of their surroundings and stay on marked trails.

And the Arizona Department of Game and Fish echos that sentiment.

Game and Fish's Amy Burnett said snakes, specifically rattlesnakes, just want to be left alone. Most dangerous encounters happen when people are intentionally or accidentally messing with the snake.

Rattlesnake bites are rare and deaths from bites are even rarer.

"Statistically, you're more likely to die by falling and hitting your head in the bathtub than die by rattlesnake bite," Burnett said.

Burnett suggests people make their backyards and homes less desirable for snakes. You can do this by cleaning up debris and overgrown vegetation around your home. Eliminate water sources and cool spots snakes might enjoy such as big flower pots. She also recommends fencing that will keep them out.