A man in a car was shot by two officers in a driveway on Saturday after police say the suspect would not put down a handgun after commands from officers. 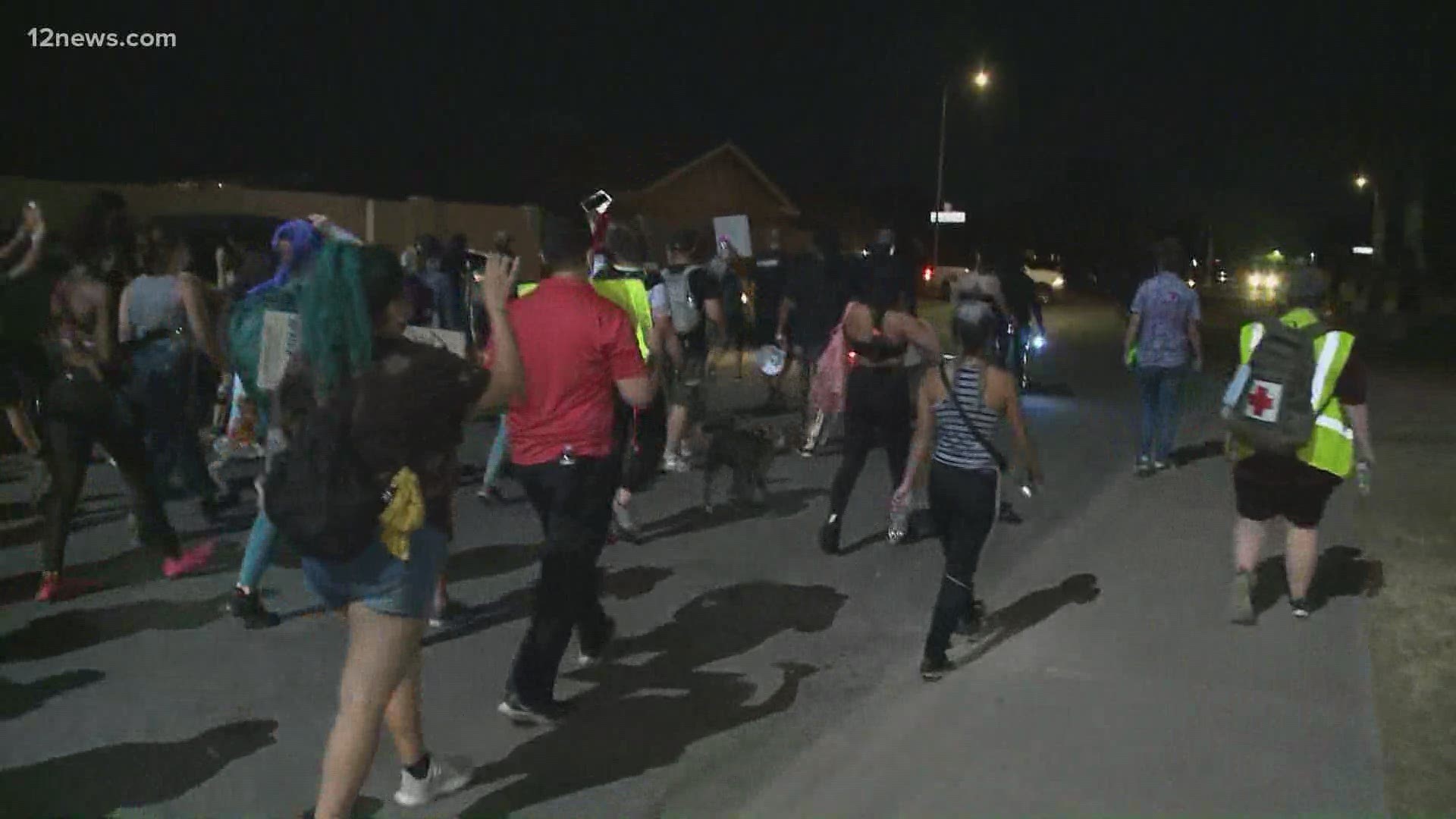 PHOENIX — Protesters marched around the Maryvale Phoenix Police precinct on Sunday night, one day after a fatal police shooting in a Phoenix driveway.

A man in a car was shot by two officers in a driveway on Saturday after police say the suspect would not put down a handgun after commands from officers and then lifted the handgun.

The man who was killed in the shooting has not been identified by police, but demonstrators referred to the man killed as James Garcia.

Police say officers arrived just before 1 p.m. in response to report from a caller who said a man had tried to kill him a week prior and the caller said the person responsible had returned with a knife and was threatening to harm him again.

According to Phoenix PD, at some point while officers were talking with the man in the driveway, he armed himself with a handgun. Officers instructed the man to get out of the vehicle and he he refused and rolled up his window. Officers instructed the man to drop the handgun, but police say he would not drop the gun but began to lift it. As he did so, two officers fired their weapons into the vehicle at the man.

Eyewitness video shows what was happening moments before the shooting.