Crowds gathered outside ICE Phoenix headquarters to block the deportation of a Mesa mother who has a felony for working in the country illegally. 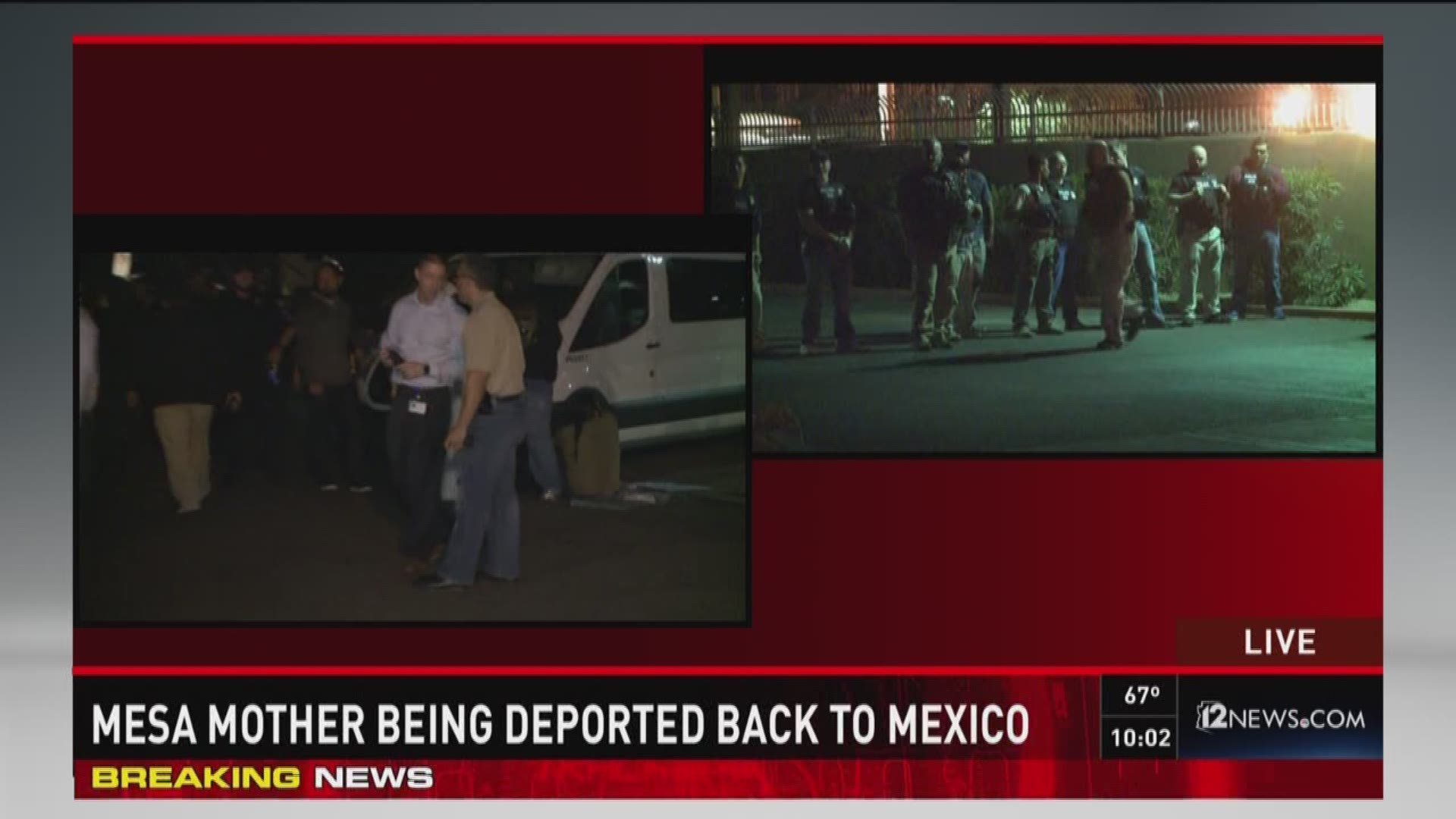 PHOENIX - A Mesa mom who was ordered deported during an immigration check-in Wednesday is likely to be back in Mexico Thursday, according to her attorney.

RELATED: Family of Mesa mom facing deportation vows to fight for her

Police said via Twitter that they had made "about 7 arrests" without force.

Around 11:10 p.m., a convoy of vans left the facility, and Garcia was believed to be in one of the vehicles.

Though he did not know for sure, her attorney, Ray Maldonado, told 12 News he believes she was taken to a processing center in Florence, then at daybreak Thursday she'll be taken to a port of entry in Nogales and walked across the border. 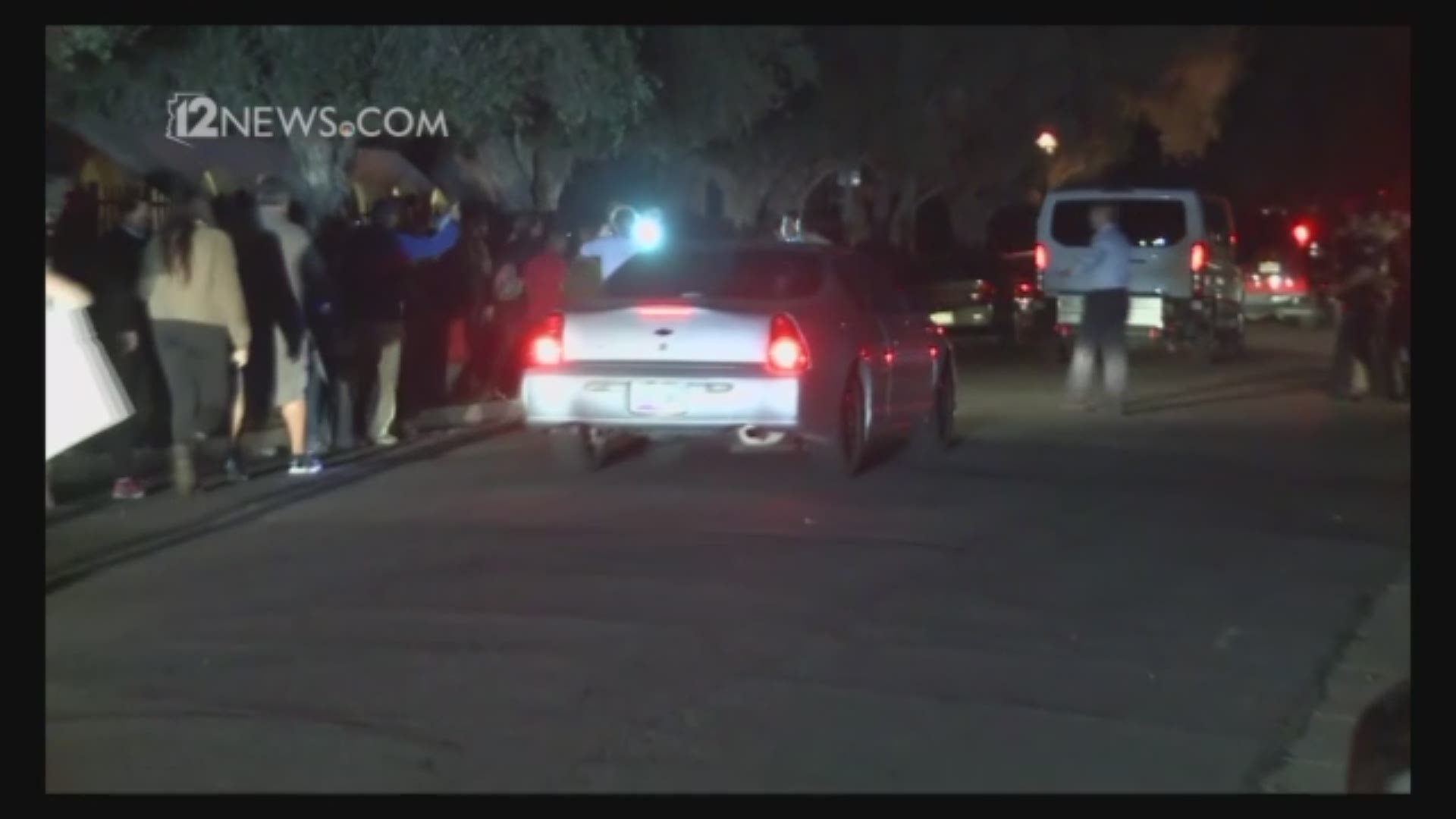 Police in riot gear left the facility around 11:50 p.m., and the protesters began marching down Central Avenue. Just before midnight, they blocked northbound traffic on Central Avenue and stopped a light rail train.

An ICE spokeswoman confirmed Wednesday evening that Garcia had been detained. It's the first public sign in Arizona of President Donald Trump's executive order expanding his priorities for deportation.

Garcia was convicted eight years ago of working here illegally.

Crowds were outside the department's headquarters all afternoon and evening.

Garcia was seen in a van Wednesday evening, appearing set to be moved from the headquarters to another location on her journey across the border.

Protesters gathered outside and blocked the van from leaving. One man hugged a tire of the van while others marched and chanted in support of Garcia.

Around 10 p.m., police in riot gear arrived at the scene and started detaining some protesters.

Garcia showed up at ICE headquarters earlier in the day for a required check-in.

She was convicted of felony identity theft in 2009 for working at the Golfland Sunsplash amusement park in Mesa. Her arrest was part of a series of workplace raids by former Sheriff Joe Arpaio. 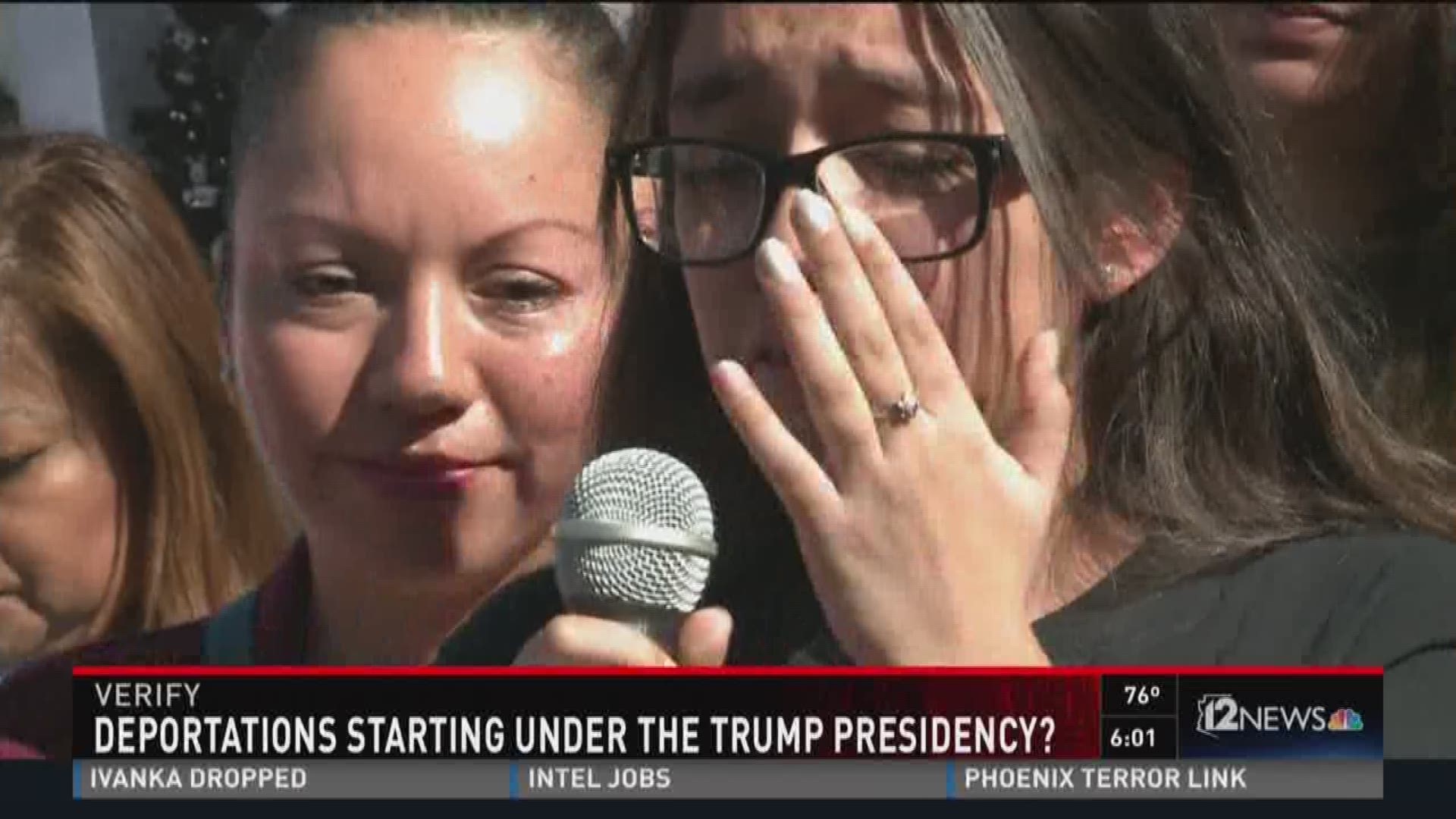 In its statement, ICE said Garcia was being held based on a deportation order in May 2013. Her family told 12 News she fought the order, which was for a voluntary deportation, and then the Obama administration changed its deportation priorities.

Maldonado, her attorney, said Garcia had been checking in with ICE every year since the order.

Trump's executive order last month on border security expanded enforcement priorities to include undocumented immigrants who have committed "any criminal offense" or were subject to a "final order of removal."

Maldonado had advised Garcia before the check-in that she might be deported. She arrived at ICE with her two U.S.-born children and her husband. Garcia, who is 36, came to the U.S. when she was 14 years old and has lived here for 22 years.

Their parish priest, Father Raymond Ritari of Queen of Peace Catholic Church in Mesa, was also there.

Ms. Garcia De Rayos is currently being detained by U.S. Immigration and Customs Enforcement (ICE) based on a removal order issued by the Department of Justice's Executive Office for Immigration Review which became final in May 2013. Relevant databases indicate Ms. Garcia De Rayos has a prior felony conviction dating from March 2009 for criminal impersonation. 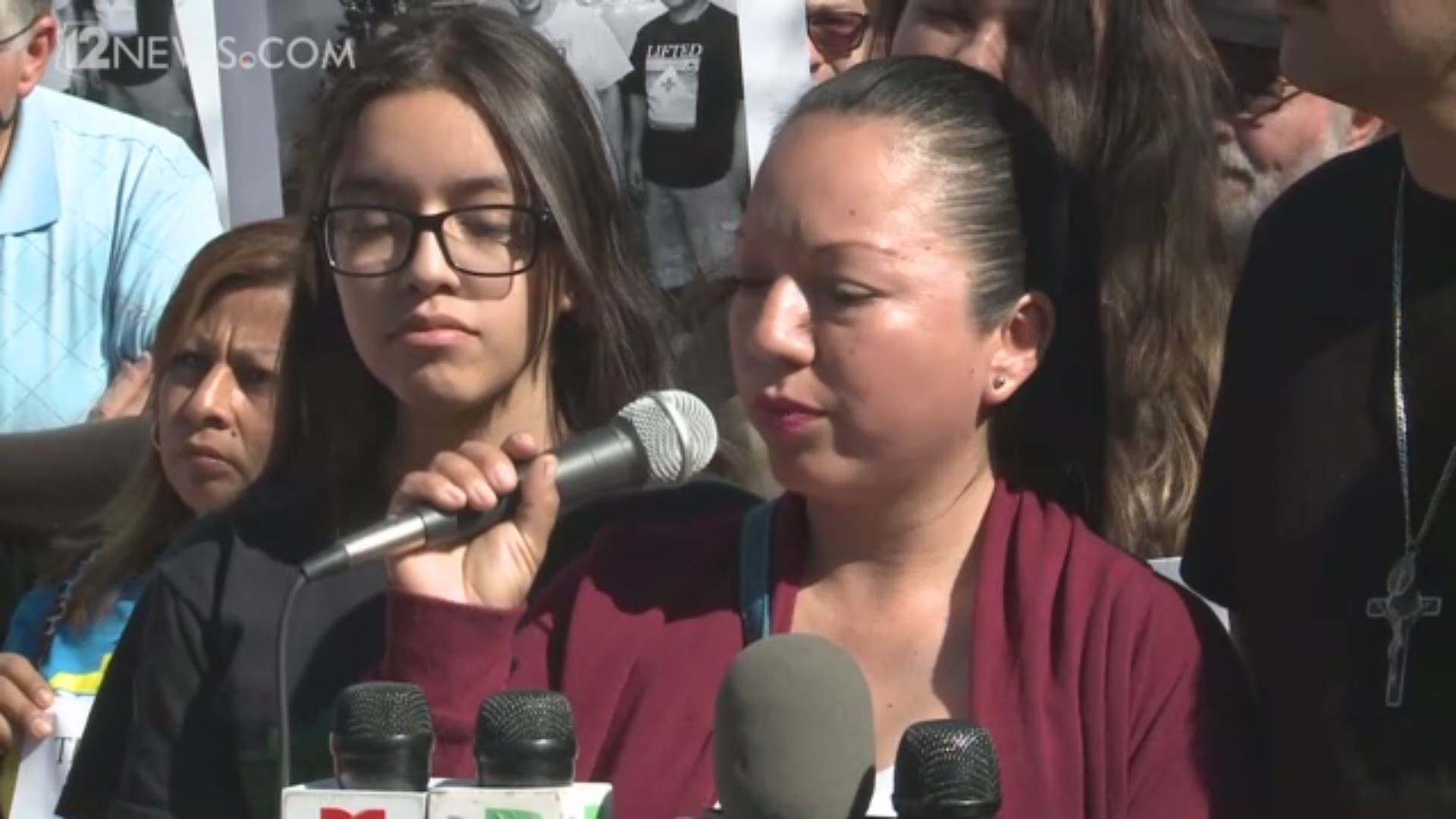