Tear gas, vandalism on 3rd night of protests in Phoenix

Things started off peacefully, but a smaller group of protesters started looting and rioting as the night went on. 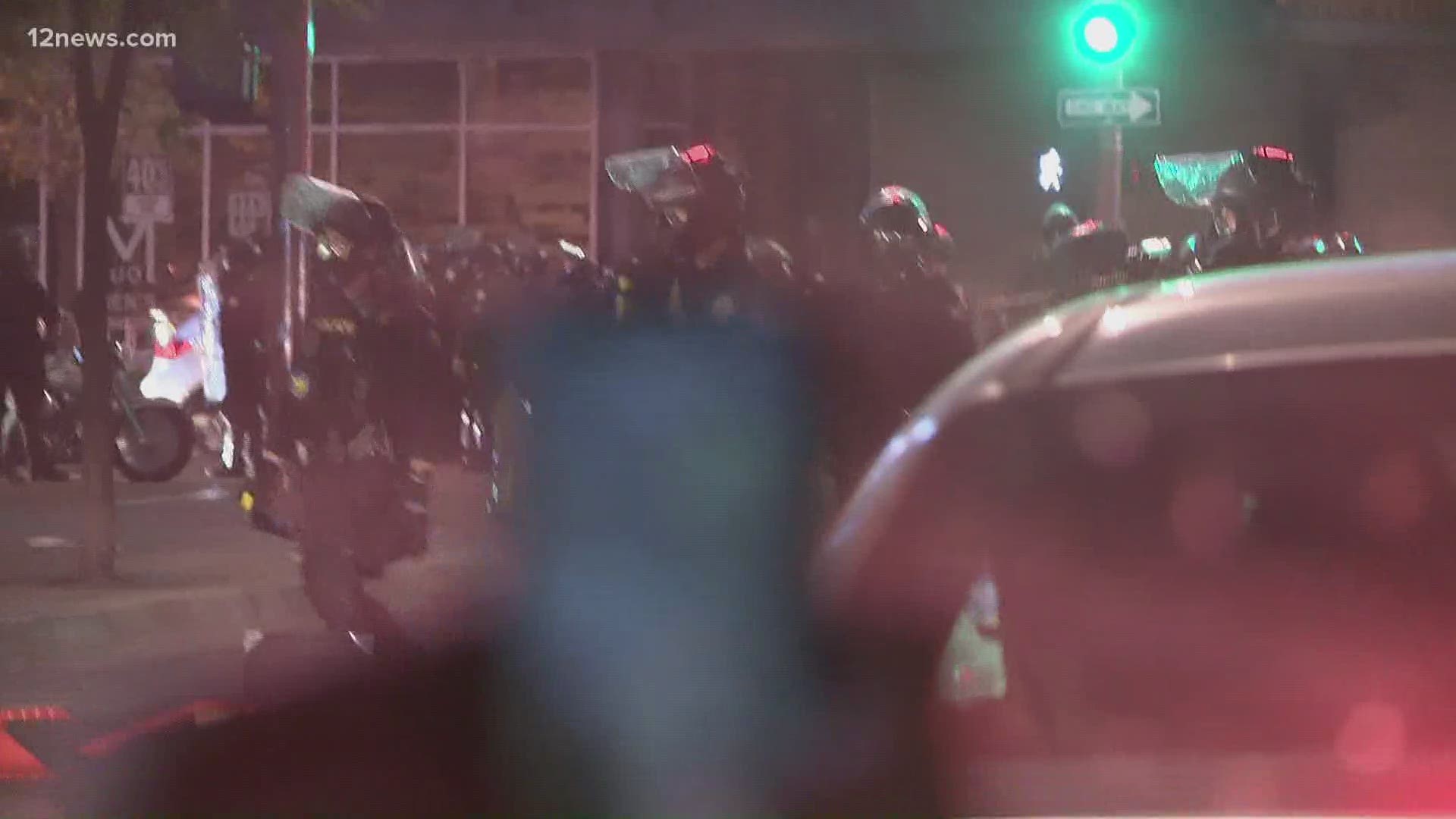 PHOENIX — Phoenix police declared an unlawful assembly again Saturday night on the third day of protests after a Minneapolis man’s death at the hands of a police officer sparked outrage across the U.S.

In huge demonstrations across the country, protesters are calling for justice after the death of George Floyd, a handcuffed black man who died after a Minneapolis police officer pressed his knee into his neck for several minutes.

Protesters in Phoenix were also calling for answers after a DPS Trooper shot and killed a man in an incident on Memorial Day.

As they did on Thursday and Friday, the protest in Phoenix Saturday night ended in police deploying rubber balls, tear gas and pepper spray. One of the rubber balls hit Team 12's Josh Sanders in the thigh.

MORE: 'Someone's got to do it': Crews, citizens cleaning up downtown Phoenix after protest turns destructive

The evening began relatively peacefully. Hundreds of people gathered with signs outside Phoenix City Hall and began marching toward the Phoenix Police Department building around 8:30 p.m.

As they circled the building, they chanted a number of statements including, "No justice, no peace," and "F--- the police." 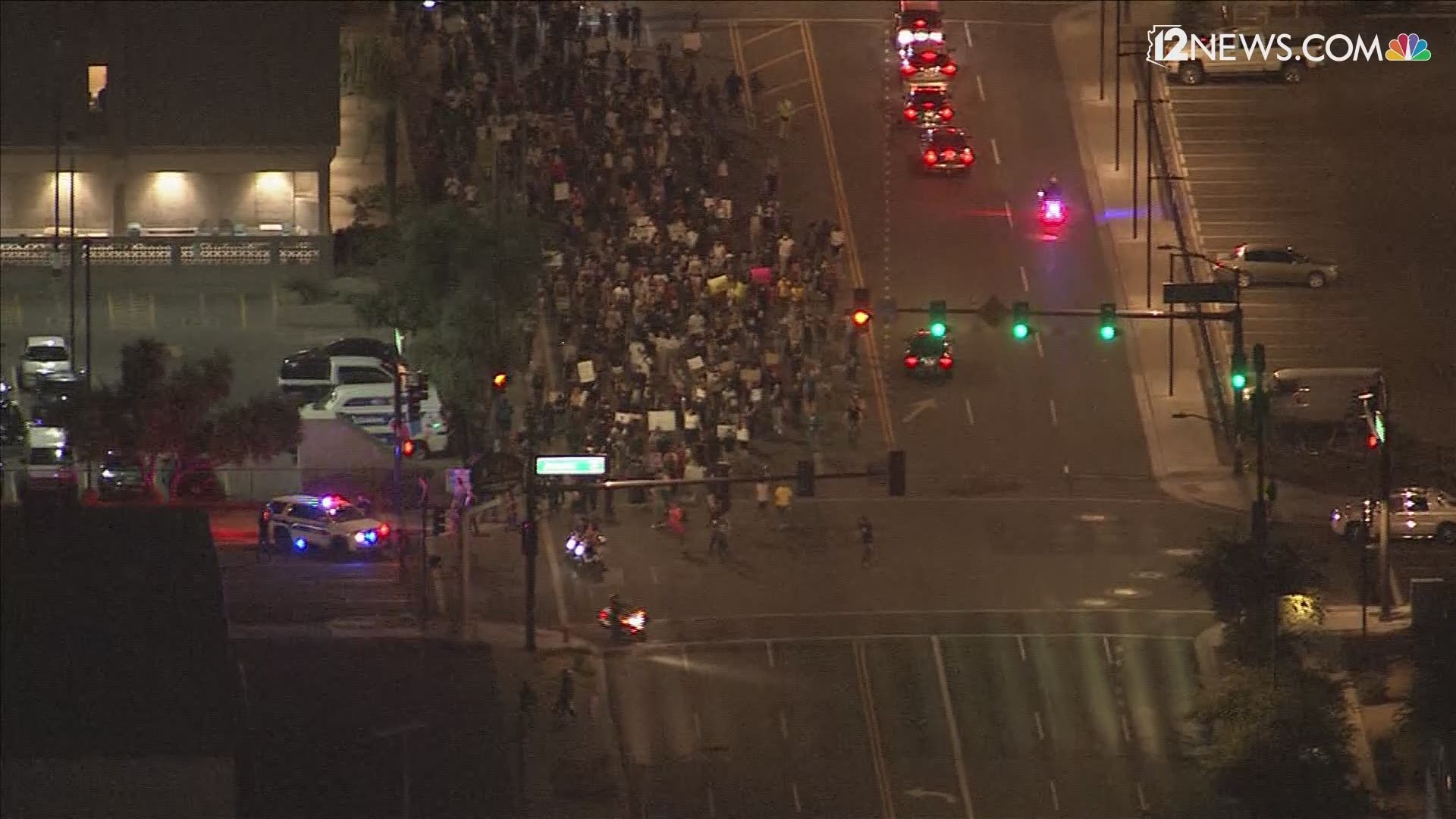 Several protesters crowded against the barrier separating them from officers outside the police headquarters. Many of them were shouting at the officers and filming them with their phones.

Police made an announcement over the loudspeaker asking protesters to clear the area of Adams Street around 9 p.m. Several of them backed up with their hands up as police lined up with their shields and advanced down the street.

The protest remained peaceful, for the most part, with leaders giving speeches and leading chants. Then, the mood shifted.

A large group of protesters eventually returned to outside police headquarters, where police told protesters they were unlawfully assembling.

Police waited for the crowd to disperse. When only a few people remained, some of the protesters threw things at officers. Officers fired rubber balls, tear gas and pepper spray to get the remaining people to leave.

In Scottsdale, a smaller group of protesters started smashing windows, looting stores and vandalizing businesses in the area of Fashion Square Mall.

This is a developing story. Check back here for updates as the night continues.

RELATED: Violent protests over police killings rage on in dozens of US cities