Honeywell added manufacturing capabilities in Phoenix to produce N-95 face masks to support the fight against the coronavirus pandemic. 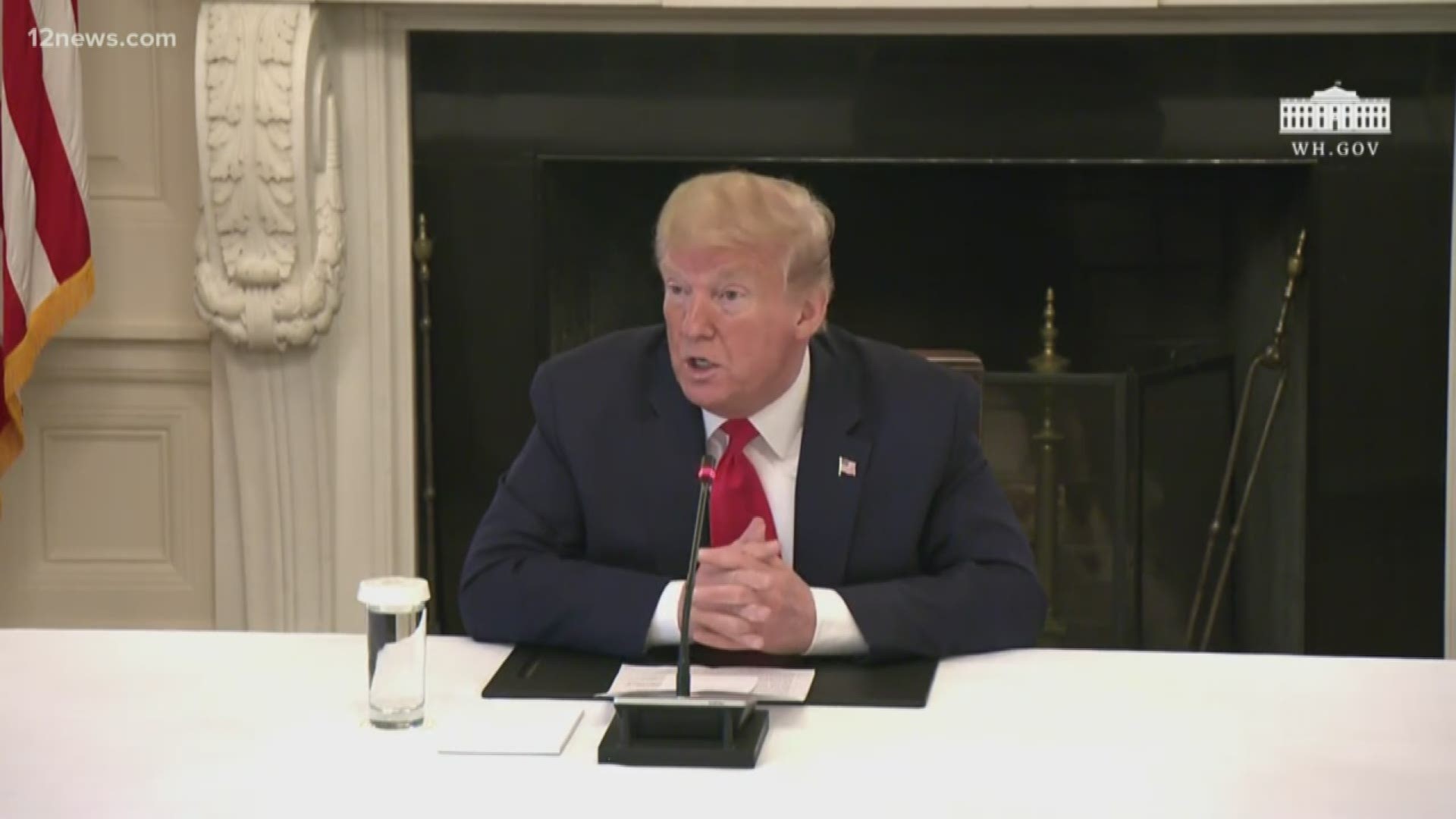 PHOENIX — President Donald Trump will visit a Honeywell facility in Phoenix on Tuesday, May 5, the White House confirmed.

The President told reporters during a roundtable with business leaders earlier in the day he had plans to travel to Arizona for an industry event, saying it was too soon to host any rallies.

Gov. Ducey announced later in the day that he was extending Arizona's stay-at-home order through May 15.

Honeywell added manufacturing capabilities in Phoenix to produce N-95 face masks in support of the U.S. government’s response to the coronavirus, COVID-19, the company announced at the end of March.

Honeywell engineers and manufactures a variety of products in aerospace, chemicals, supply chains and more.

President Trump's visit will highlight Honeywell’s investment in critical medical equipment production within the United States and the addition of 500 manufacturing jobs in Arizona.

When asked about President Trump's impending visit at his press conference Wednesday, Gov. Ducey said the president has a reason to come to the state.

President Trump's travel has been limited in April during the coronavirus pandemic. His last visit to another state was when he traveled to Virginia in late March to bid farewell to a Naval hospital ship that was headed to New York.

The president also mentioned to reporters plans to visit Ohio in the near future.

Arizona is a battleground state in the 2020 presidential election.

-Arizona stay-at-home order extended to May 15 with modifications, Gov. Ducey announces
-Here's everything you need to know about coronavirus in Arizona April 29
-How are other U.S. states reopening?