Predator in the classroom: Brittany Zamora sentenced to 20 years for sexually abusing student

The former Arizona sixth-grade teacher was sentenced for having sexual contact with her 13-year-old student. 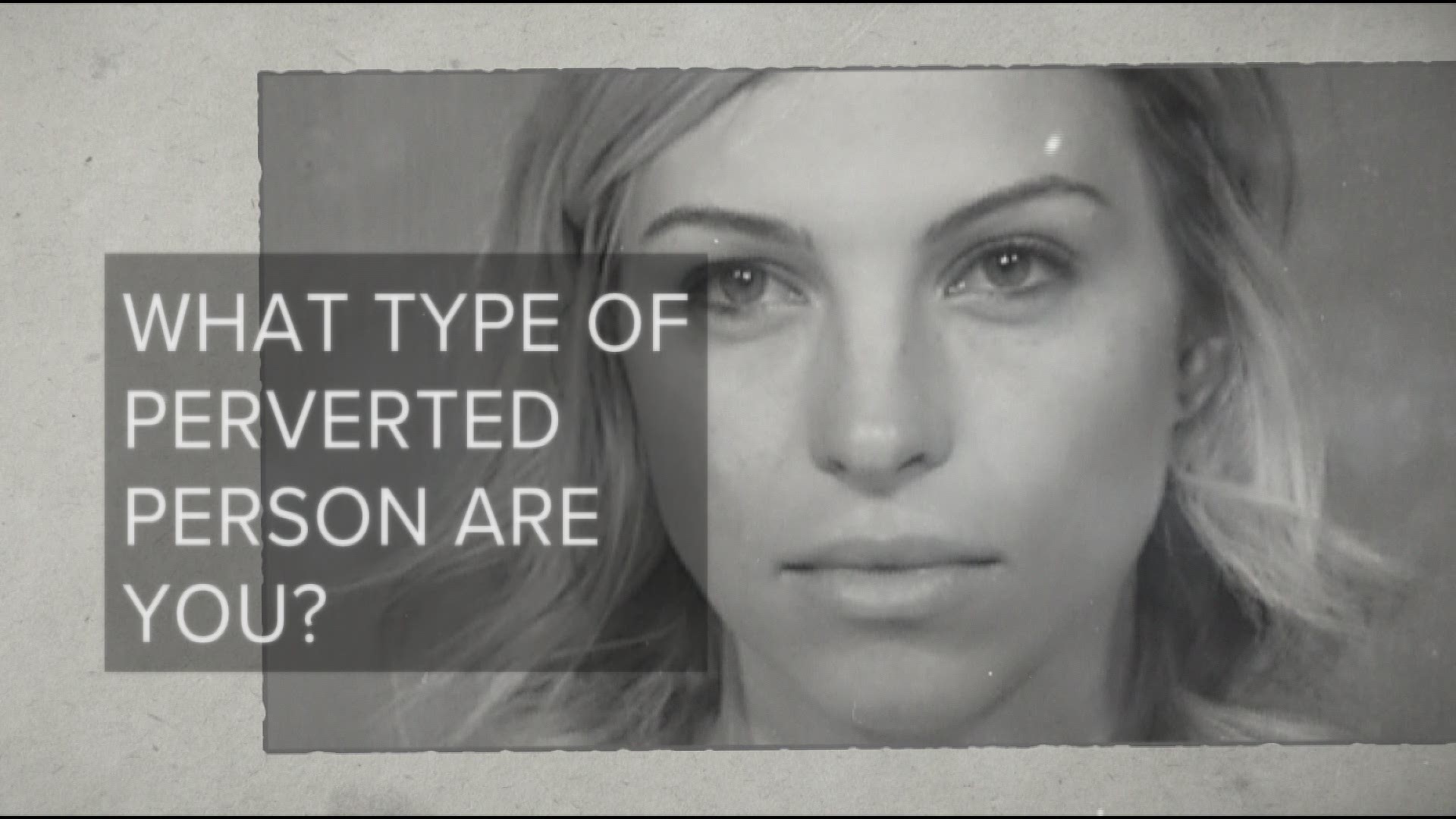 Editor's note: The following story contains language that may not be suitable for younger audiences. Discretion is advised.

More than a year after Brittany Zamora was arrested for having sexual contact with her 13-year-old student, the former sixth-grade teacher was sentenced to 20 years in prison.

The 20-year sentence was the minimum allowed by her plea agreement, Zamora's lawyer said after the hearing. Zamora pleaded guilty to sexual conduct with a minor, attempted molestation and public sexual indecency.

Zamora's lawyer called it a win, but the victim's parents say their son is "changed forever."

This is how it all began.

"The kids loved her"

Brittany Zamora graduated from Arizona State University with honors. According to her resume, she was a 4.0 student while pursuing both her undergraduate and graduate degrees.

Zamora took a teaching job at Littleton Elementary School in Avondale where she says she was awarded “Teacher of the Year” in 2016.

Zamora was then recruited to a sixth-grade teaching job at the Las Brisas Academy by the principal at the school, Timothy Dickey, who was previously the assistant principal at Littleton Elementary.

“The kids loved her,” he told a detective.

“If you get bored, text me”

According to reports and interviews, the texting continued that day and afterwards. The 13-year-old boy said it eventually turned into flirting.

“I don’t remember how it got like really intense, but we would like flirt and she would be like, ‘OMG I love you.’ And I would tell her I loved her too,” the boy told detectives. “And then she would talk about how she wanted to do stuff with me and I’d tell her that I wanted to do that too.”

They would eventually kiss for the first time.

“The first time we kissed, like I was saying bye to her and I gave her a hug and she like started kissing me, so I kissed her back,” the victim told detectives.

On Feb. 7, 2018, three students came to Principal Timothy Dickey and gave him a written statement, the principal told detectives.

The man who recruited Zamora to teach at Las Brisas Academy was now investigating claims that she may have had an inappropriate relationship with a student.

“I asked multiple students questions and didn’t really get a lot of information. I got a lot of that she favors him and that he gets away with more things than other kids,” Dickey said in an interview with a detective.

“Kids spread rumors and kids say things and it’s kind of common as an administrator and that’s typically what it ends up being, you know what I mean?” Dickey said to police.

Two days after getting the written statement from the three students, Dickey addressed Zamora’s class.

“She started crying and she said, ‘I don’t know, the only two things I care about in my life you know are my husband and my career,’” Dickey told the detective.

“So I started asking her questions, ‘Do you talk to kids outside school?’ ‘No, I only talk to kids through Classcraft.’ That was consistent with what the kids were saying.”

“I didn’t think it was anything like [sexual abuse], but I was a little bit concerned and I had seen some unprofessional behavior at that point,” Dickey said.

The detective is heard asking Dickey if he ever talked to the parents about the rumors.

“I didn’t,” Dickey is heard saying. “That was one that, I didn’t want to blow it up, you know? And make it more than it really was and I didn’t, you know, that was it.”

"They were just doing it and it was very uncomfortable"

Police say there were at least four sexual encounters between Zamora and the victim, which took place between the beginning of February 2018 and the middle of March 2018.

A little over a week after Zamora spoke to Principal Dickey about the rumors, she and the victim would engage in a sexual encounter.

On Feb. 16, 2018, Zamora told the victim to sneak out of his grandparents’ home where he was staying for the weekend, the victim told detectives. The two engaged in oral sex in Zamora's car.

The next day, Zamora and the victim engaged in another sexual encounter at his grandparents’ home.

On March 7, 2018, the victim said he had sex with Zamora in her classroom after a school talent show.

The detective asks the friend if Zamora was saying anything.

“No, they were just doing it and it was very uncomfortable, so that’s why the second day they were doing stuff I just left the room,” the student told a detective.

The victim described another sexual encounter in Zamora's classroom that he says happened the next day, March 8, 2018.

Zamora also had an inappropriate encounter with that same student that witnessed them on March 7. She allegedly asked him if he was circumcised or uncircumcised. When the student said he didn’t know what that meant, she looked it up on her phone for him.

That second victim said Zamora never went beyond inappropriate remarks with him.

Screenshots of direct messages on Instagram between Zamora and the original victim showed explicit flirting.

In one of them, Zamora said she would quit her job and have sex with the victim all day if she could.

"Did you have sex with your teacher?"

On March 21, 2018, his stepmother got an alert on her phone of the word ‘baby’ getting continuously used.

“But this time I saw at the bottom it had ‘Mrs. Zamora’, the Instagram profile had her name,” the victim’s stepmother told detectives. “And I am familiar with her profile name because she has messaged me through Instagram as well.”

The victim’s father came home and his parents asked him if he had done anything with Zamora.

"Did you have sex with your teacher?" his stepmother asked.

“Yes,” the victim would reply.

The victim’s parents asked how it happened and the victim described the incident after the talent show and also told them about sneaking out of his grandparents’ home.

“She contacted him on his phone and asked him where he was, got him to give her the address of my in-laws' house,” the stepmother told detectives. “She told my son, ‘My husband is fishing, I want to see you.’”

"You're a child molester, do you understand me?"

On March 21, 2018, the evening police were called, Zamora called the victim's parents.

The victim’s father became heated on the phone call with Zamora. The parents recorded the call.

“What type of [expletive] pervert, person are you? I wanna know right now,” he’s heard saying.

“You’re a child molester, do you understand me?” he says.

“Why do you say that?” Zamora responds.

“Can we meet, you know, to talk about this?  We can settle outside…” Zamora is heard saying over the phone.

“Oh yeah that’s what we can do, so I can give you a chance to do it to some other kid that’s exactly what we’re gonna do. No,” the father says.

Later, the father says, “Make sure you tell your husband what’s going on.”

“He is right here, can he talk to you?” Zamora says.

“She’s done so much and she made a huge mistake,” Zamora’s husband Daniel is heard saying on the phone. “The biggest mistake anybody can make in the whole entire…”

“Your wife decided to be a monster and prey on a child,” the victim’s father says. “She scarred my son mentally. Do you understand what a 13-year-old boy did? Having sex with a teacher? Do you get that at all?”

The father then says, “Do me a favor, do not call this number back again. The next time you’ll hear from me will be in court.”

"They're going to tear me apart"

A day later, on March 22, 2018, Zamora was arrested and charged with nine counts of sexual conduct with a minor, two counts of molestation of a child and one count of obscene material transmitted to a minor. All felonies.

A detective told Zamora she was going to jail.

In her initial court appearance, Zamora says she would love to go home to her husband.

For more than a year after her arrest, Zamora had denied the sexual abuse allegations. She turned down any request to talk to the media. Her husband also declined to comment.

RELATED: Teacher accused of sex with student is granted financial support for defense

In June 2019, Zamora stated she was guilty of sexually assaulting her sixth-grade student.

The victim’s family is also suing the school district for failing to report the possible abuse sooner. Forty-three days passed from the time Principal Dickey received the written statement from students about a possible inappropriate relationship between Zamora and a student to the time Zamora was arrested.

In June of this year, the school district admitted Principal Dickey did not immediately tell police.

The district, however, denied the rumors or information told to principal Dickey rose to a need to report under the Arizona statute regarding a duty to report the abuse of a minor.

The lawsuit filed against Daniel Zamora and the Liberty Elementary School District claimed the husband should have been aware of his wife's actions with her underage student and had a duty to inform law enforcement.

The lawsuit against the school district is ongoing.

An emotional sentence hearing Friday, July 12, ended with Brittany Zamora being sentenced to 20 years in prison.

“I’m happy to report, that today we were very successful,” she said.

The roughly hour-long hearing featured statements both against and in support of Zamora. The victim’s family wasn’t present in the courtroom Friday, but their words were read by their lawyer.

WATCH: 'Brittany is not a monster': Zamora's lawyer speaks after sentencing hearing

The victim's mother said she hated Zamora for what she did to her son while the boy’s father said the family would "defeat" Zamora and his son "will grow up and have a good life."

Zamora’s mother told the courtroom her daughter wasn’t a monster, something Guerra echoed after the hearing.

Zamora herself said she wasn’t a monster in a statement read by Guerra. While speaking in court, Zamora said she wanted to seek counseling moving forward. 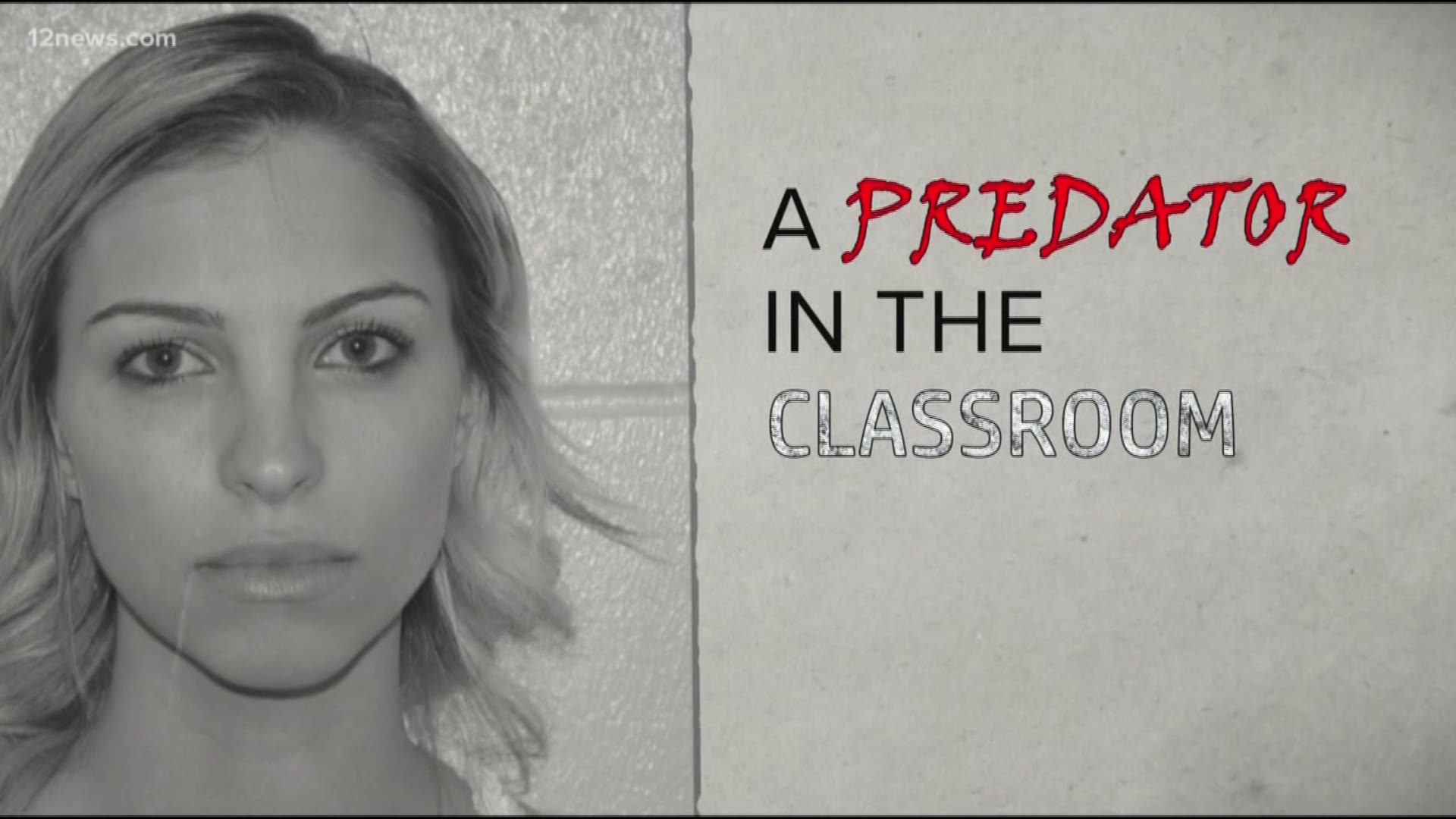