It's a truly remarkable experience. 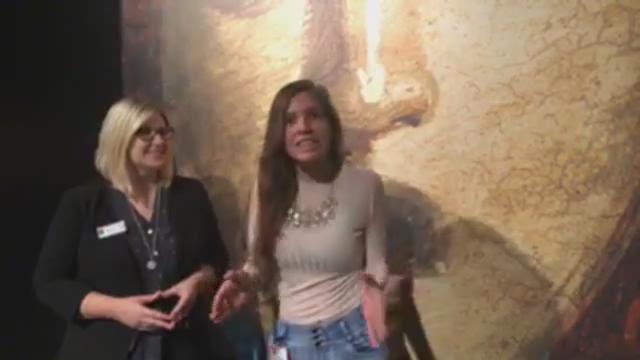 It's a truly remarkable experience.

The prestigious Pompeii Exhibition at the Arizona Science Center in Phoenix has many people in the Valley at the edge of their seats, literally.

Starting Saturday, Nov. 18 until May 28, the Arizona Science Center will open “Pompeii: The Exhibition."

12 News had the chance to go through the entire exhibit. It was probably one of the most emotional exhibits we've seen, full of history, sadness, death, life and devastation.

You may want to at least save three hours of your time to have a full experience if you decide to go.

With over 200 artifacts and casts of what was buried under ashes for more than 2,000 years, it will take you back in time of how Pompeii once stood.

The Roman city of Pompeii was covered in ash on Aug. 24 of the year 79 A.D., after the eruption of Mount Vesuvius.

The entire city was under ash for more than 1700 years until it was discovered.

Naples Archaeological Museum in Italy has loaned the Arizona Science Center these amazing artifacts, including mosaics, marble and bronze sculptures, statues, wall-sized frescoes and more for the public to enjoy.

Some of these artifacts look like they haven't even been touched due to how well they were preserved by the ash.

The exhibition also provides a "4D" theater where people can feel the impact of how Mount Vesuvius had on Pompeii. The theater shakes, makes sounds of thunder and even smoke to simulate the ash during that time of the eruption -- it's vivid.

Last, but not least, and probably the most emotional part of the exhibition is the body casts of adults, children and even pets.

These casts were filled by archeologists in Pompeii and the casts are moldings of the positions of how people died in their last moments during the horrid eruption.

Thousands died within the 24 hours after the eruption.

Officials from the Arizona Science Center mentioned that parts of the city of Pompeii are still being discovered -- an entire section of the city still hasn't been uncovered.

It's an experience you cannot miss, a moment of history being told in front of your eyes.

To get more information about times and costs for the exhibition, please click here.