Family and friends of Dion Johnson plan to hold a vigil and protest outside DPS Friday night. Johnson was shot and killed by a trooper after a struggle on I-10. 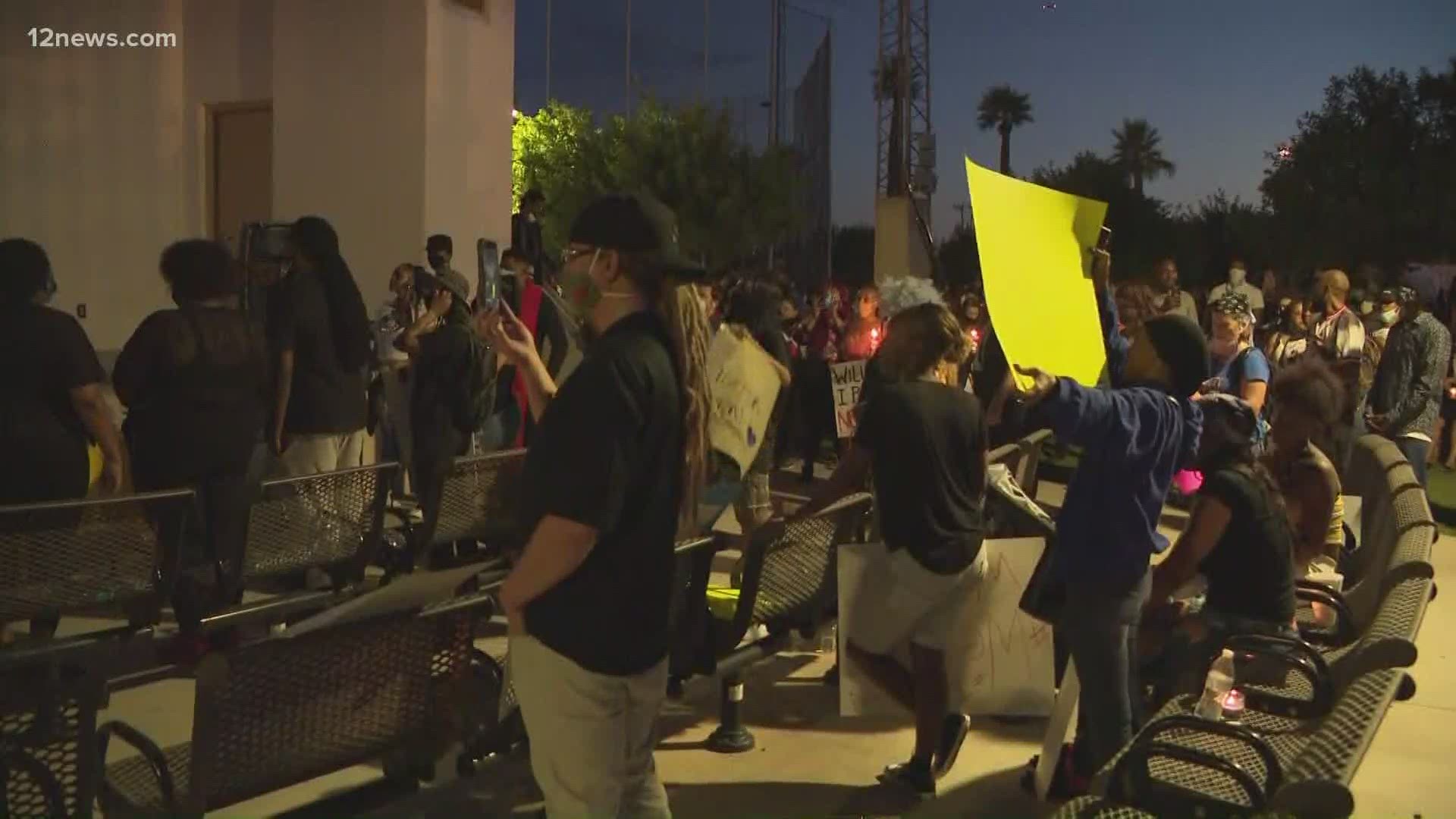 PHOENIX — One night after a demonstration in downtown Phoenix protesting the death of George Floyd, law enforcement are preparing for another protest outside AZDPS Headquarters.

Friday afternoon, crews were seen putting up fencing around the DPS buildings near Encanto Boulevard and 22nd Avenue.

A DPS public information officer said it was to protect their property ahead of a scheduled protest.

Family and friends of 28-year-old Dion Johnson plan to hold a vigil and a protest outside DPS Friday night. Investigators say Johnson was shot and killed by a DPS trooper after a struggle Monday morning.

The vigil has since been moved to Eastake Park in Phoenix.

"He was sleeping in his car," explains Lawan Johnson, who says he knew Dion closely. "Got shot by a DPS officer."

Phoenix Police say a trooper found Johnson passed out in a vehicle, blocking a freeway lane near Loop 101 and Tatum Boulevard around 5:30 in the morning on Memorial Day.

Phoenix Police, who took over the death investigation, say when the trooper approached Johnson there was a struggle, the trooper fired their weapon and struck Johnson, who was pronounced dead at the hospital.

Investigators have not released more information about what led to the struggle. Phoenix Police say the troopers at the scene were not equipped with body cameras or dash cameras to capture what happened.

If anyone was in the area of the 101 & Tatum early Monday morning and saw the vehicle or anything related to the struggle between the DPS Trooper and Johnson, you can call Phoenix PD's Violent Crimes Bureau at (602) 262-6141.

DPS says the trooper involved in the shooting is on paid administrative leave, as is standard with trooper-involved shootings.

RELATED: 'Justice for George Floyd' is largest-ever US petition on Change.org