Police: Murder suspect searched 'sniper I-17' and 'Phoenix shooter today' after the killing

The suspect's phone was in the area at the time, and he searched "shootings in Avondale AZ last night" the next evening. 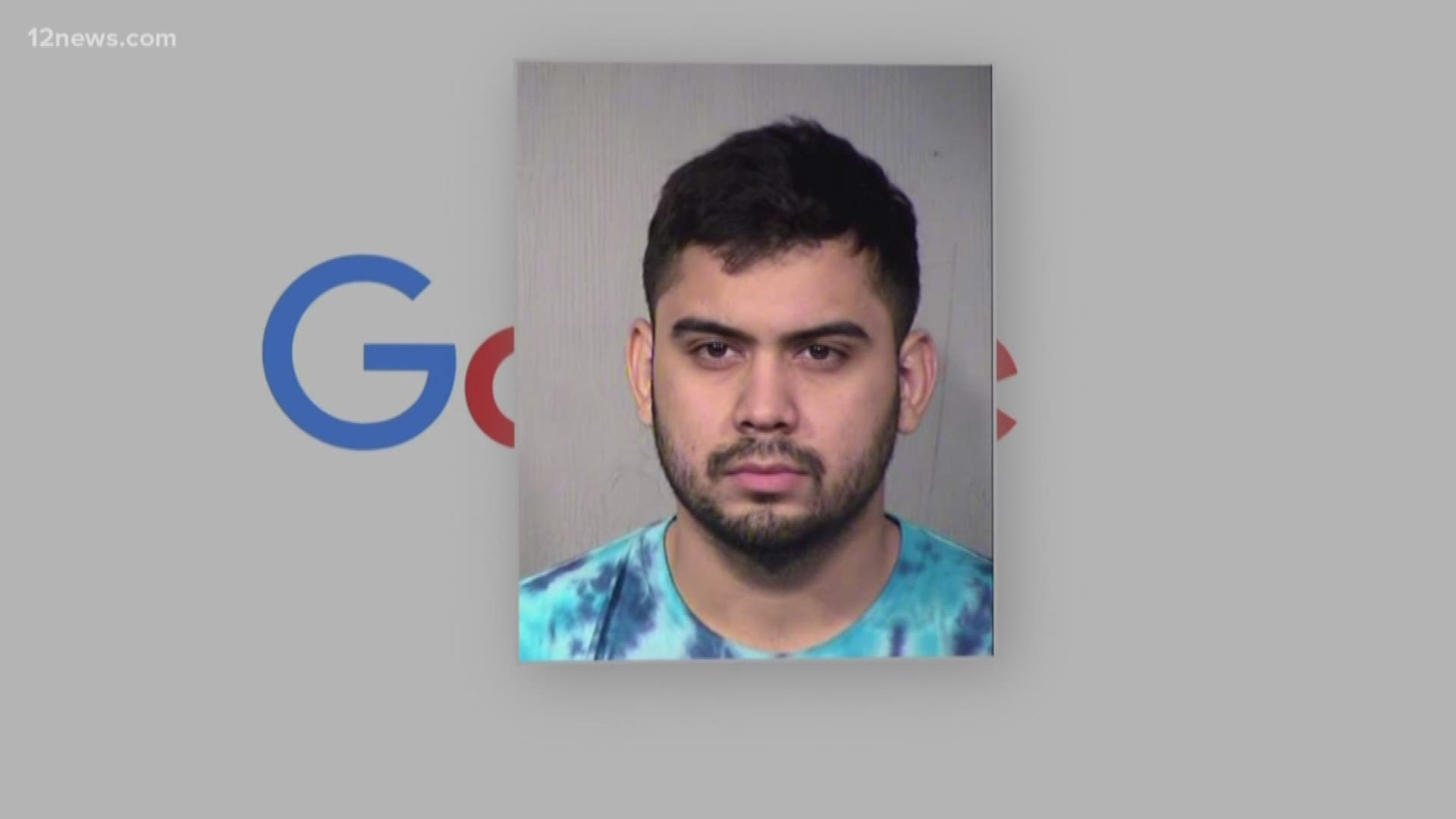 A 23-year-old man was charged with murder after police found his search history and alleged location after a subpoena to Google.

Police had no motive or suspect in the murder of Joseph Knight last March. All they did have was a video of a white car the alleged the murderer drove.

The footage was too grainy to get an identification on the car. Avondale police requested records from Google about potential accounts in that area at that time.

The search revealed four results, one of which belong to Jorge Molina, which followed the path of the car closely.

In court documents police said the records show Molina in possession of a white Honda, fitting the description of the car in the video. Police requested the search history of Molina's Google account and police said he searched things like "sniper I-17" and "Phoenix shooter today" after the killing.

The information was enough for police to bring Molina into custody.

"What we have in this case right now is a lot of circumstantial evidence," Russ Richelsoph, a criminal defense attorney from Davis and Miles, said.

Richelsoph said police probably followed the correct policy in requesting data from Google. However, he said without hard evidence, a murder conviction is unlikely.

"We have no physical evidence that connects him to the crime," Richelsoph said.

However, if police are now able to connect DNA evidence between shells found at the scene and Molina, that could change things.

"Unless you’re a criminal, you are not thinking about [your phone] indicting you," Ken Colburn CEO of Data Doctors said. "This thing is telling on you all day long. So, if you are going to do bad things, you probably should not have one."

Colburn called the technology a great tool for law enforcement as long as it is used correctly. He said there should be more evidence than just a phone saying someone is at a certain time or place.

"I hope there is ability to analyze this information in a meaningful way and not jump to conclusions," Colburn said.