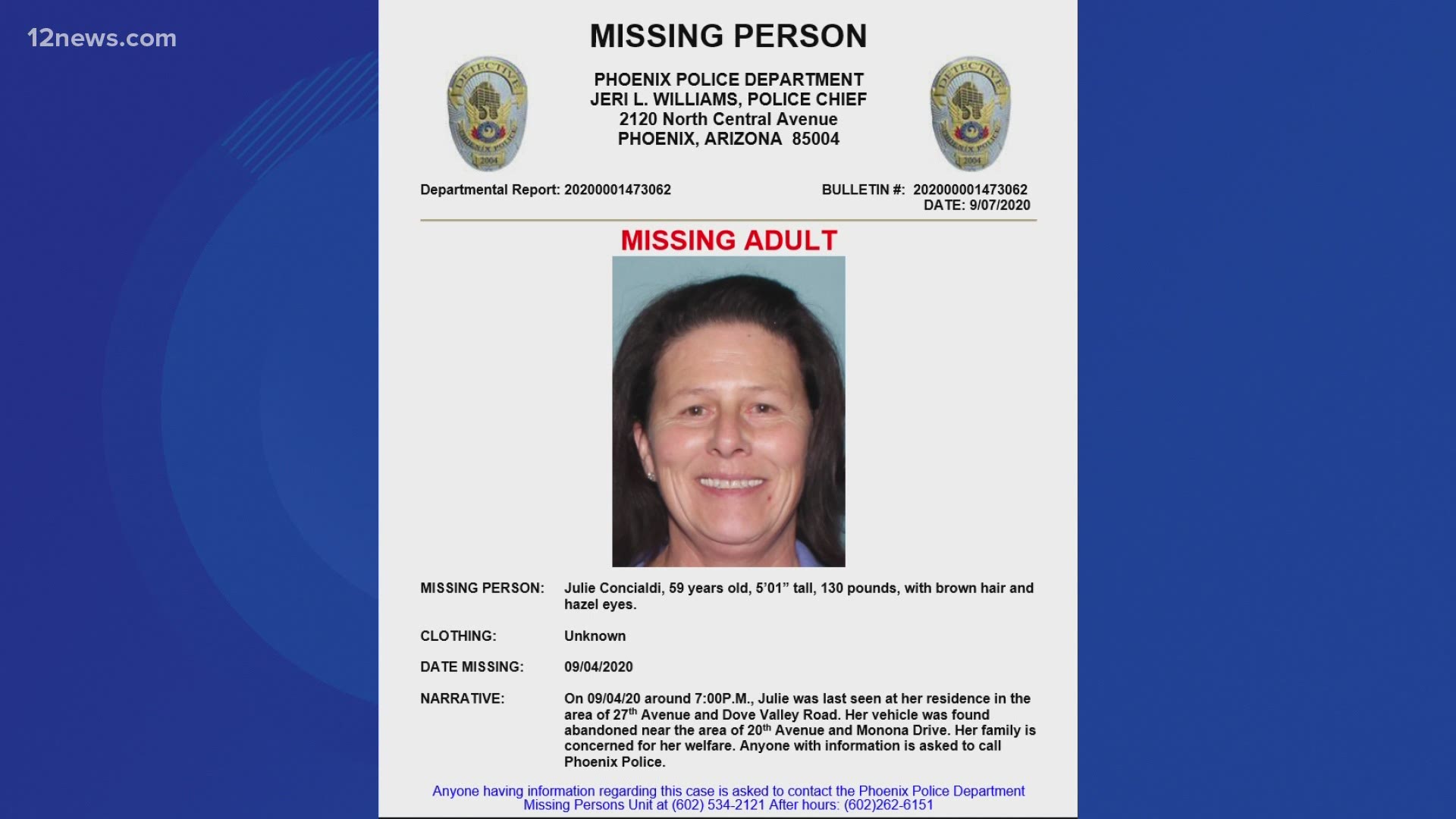 PHOENIX — The Phoenix Police Department says investigators found indicators of foul play that may be involved in the disappearance of a 59-year-old Phoenix woman.

Julie Concialdi went missing on Friday, Sept. 4. Her vehicle was found abandoned on fire near 20th Avenue and Monona Drive.

No one was inside the vehicle after firefighters put out the fire.

Investigators released surveillance video from the night of Sept. 4, where a loud explosion is heard and light is seen coming from the explosion. The actual car fire is not captured in the video.

Concialdi was last seen at her residence near 27th Avenue and Dove Valley Road around 7 p.m. on Sept. 4.

She is 5-foot-1, weighing approximately 130 pounds and she has brown hair and hazel eyes.