Police say the suspect pointed his handgun at officers and officers fired at the suspect. 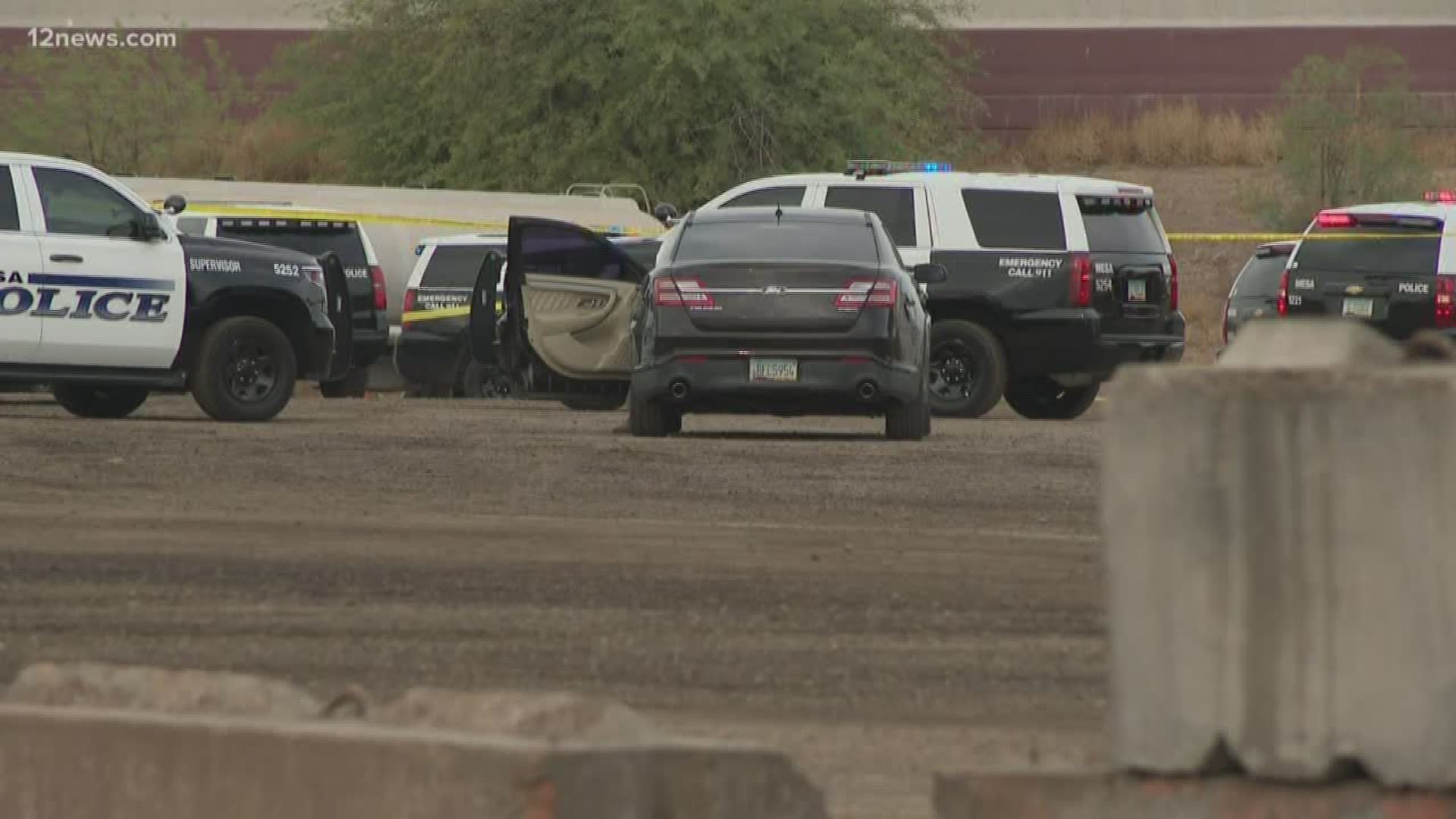 MESA, Ariz — A suspect is dead after police say he pointed his handgun at Mesa PD officers. Officers fired at the suspect and he was pronounced dead.

Police say no officers were injured.

The shooting happened near the near the Loop 202 Alma School Road. Police say officers were called to the scene for a report of a suspect going through cars where multiple businesses are located.

Officers arrived on scene to find the suspect with a gun. Officers told him to put the gun down, according to police.

Officers fired at the suspect when he raised his gun to officers. Officers began life-saving measures after the shooting. The suspect, described as a 27-year-old white male, was pronounced dead at 8:42 a.m.

Mesa PD says they are still in the early stages of the investigation.

This is a developing story, we will provide more updates as they become available.