A source tells 12 News staff members did not know the patient was pregnant. 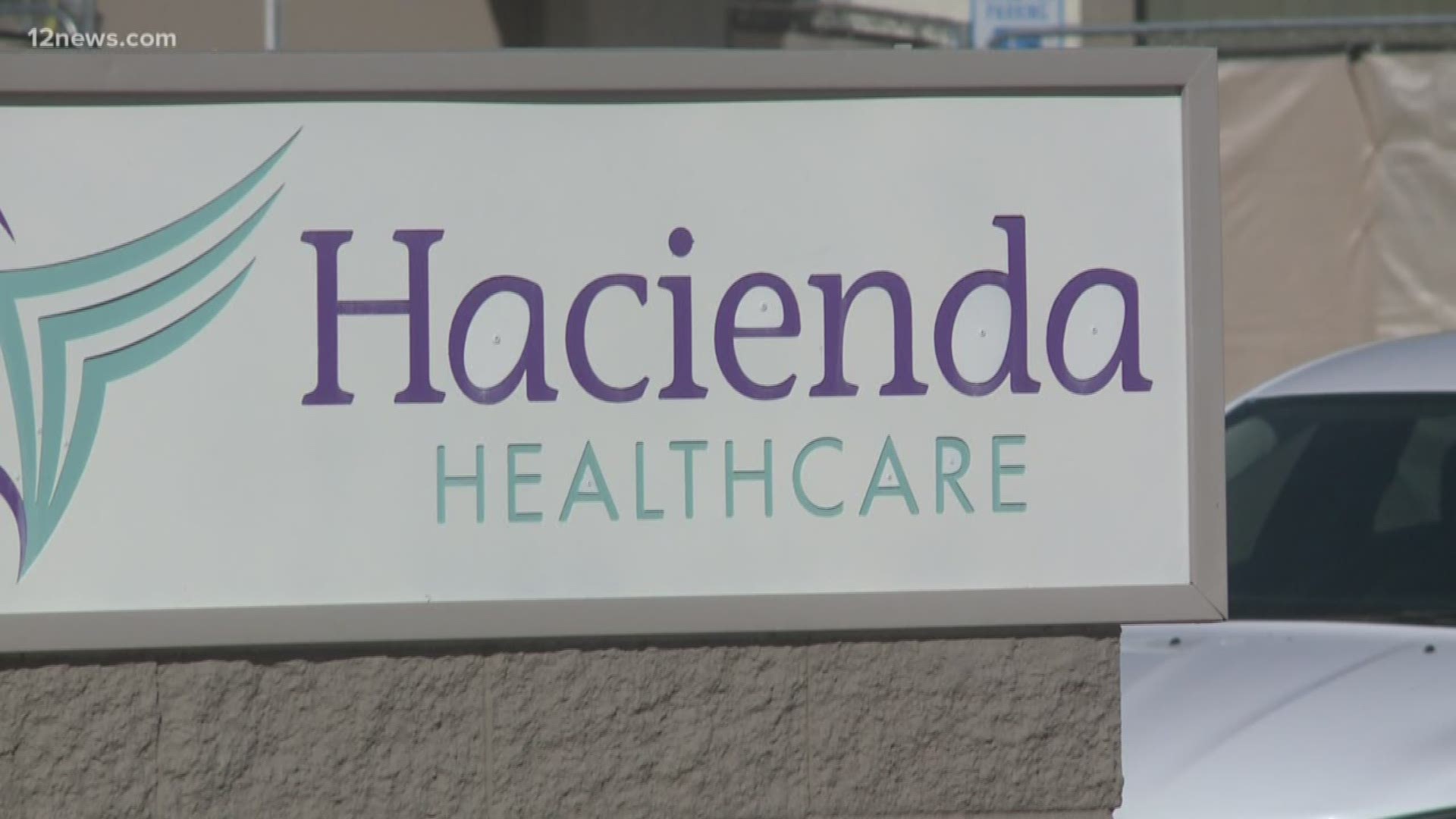 PHOENIX - A woman in a vegetative state, who has been in the care of Hacienda Healthcare in Phoenix for more than 10 years, gave birth on Dec. 29 when employees did not know she was pregnant, a source told 12 News.

Now, Hacienda Healthcare is at the center of a sexual assault investigation by Phoenix police.

The woman is non-verbal and cannot move on her own. According to the source, staff members did not know she was pregnant until she started moaning Saturday and when a nurse came in, the patient was crowning.

The patient is in the care facility with other patients who require total care.

According to the source, Hacienda Healthcare has changed protocol since the birth, requiring that male staff be accompanied by female staff.

We are also told there are no cameras inside the hallways or rooms of the facility.

“Hacienda HealthCare has been in business in Arizona for more than 50 years. In that time, we have reliably and safely served thousands of residents and their families. We are proud of our record and our position as an industry leader in caring for the intellectually and developmentally disabled.

“With that said, we have recently become aware of a deeply disturbing incident involving the health and safety of a Hacienda resident. While federal and state privacy laws prohibit us from publicly discussing a patient’s health or case, Hacienda has and will continue to cooperate fully with law enforcement and all the relevant regulatory agencies regarding this matter.

“As an organization, Hacienda HealthCare stands fully committed to getting to the truth of what, for us, represents an unprecedented matter. We are already conducting a comprehensive internal review of our processes, protocols, and people to ensure that every single Hacienda resident is as safe and well cared for as possible. Anything less than that is unacceptable to our team, our company’s leaders and the communities we serve.”

Phoenix Police is now involved and said Thursday the matter is currently under investigation by the department.

The Arizona Department of Health Services, the agency that oversees care facilities such as Hacienda Healthcare, also released a statement on the incident.

"We are aware of this situation and are actively working with local law enforcement in their criminal investigation. Upon learning of the allegation, Arizona Department of Health Services (ADHS) immediately initiated an onsite complaint investigation to ensure the health and safety of the patients and ensure the facility is in compliance with all state laws and regulations. During this time, the agency has required heightened safety measures be implemented at the facility including increased staff presence during patient interactions, increased monitoring of the patient care areas, and increased security measures with respect to visitors at the facility."

One report from 2013 on Hacienda Healthcare showed that a staff member was fired after other staff members reported that the staffer made inappropriate sexual comments in regard to several patients.

The 53-page report on the Arizona Department of Health Services website says other staff members had knowledge of the sexual comments made by the staffer in October but did not report them to administration until November.

Hacienda Healthcare was in danger of losing its participation in the Medicare program if the matter wasn't corrected within 90 days. According to the documents, the staff member was fired immediately and the Department of Health Services said the facility's deficiencies were officially correct on Jan. 17, 2013.

The report also showed a training module from Hacienda Healthcare that states any staffers that do not immediately report witnessed or suspected abuse or neglect will be terminated immediately and will not be eligible for rehire.

Furthermore, a survey report by the Arizona Department of Health Services from June 20, 2018 shows that two allegations of abuse were investigated and one allegation of neglect was investigated.

The details of those allegations were not included in the survey report. It was noted that the department followed up with Hacienda Healthcare on July 25, 2018 and there were no deficiencies identified and the facility's plan of correction was accepted. It's unclear if any staff members were fired over those allegations or if the claims were substantiated.

"We have been informed of the situation that occurred at this healthcare facility and find the reports deeply troubling. The governor was briefed on these reports as soon as our office learned of them, and our state agencies immediately began taking every measure to protect patient safety. The Phoenix Police Department is the law enforcement agency leading the criminal investigation, and we continue to coordinate with them to ensure the integrity of their investigation and bring about justice. As their work continues, our top priority is patient safety. To that end, we are re-evaluating the state's contract and regulatory authority as it relates to this facility and have been working closely with state agencies to ensure all necessary safety measures are in place."

This is a developing story and we will update with new information as it becomes available.