An unidentified body was found with a gunshot wound, police said. 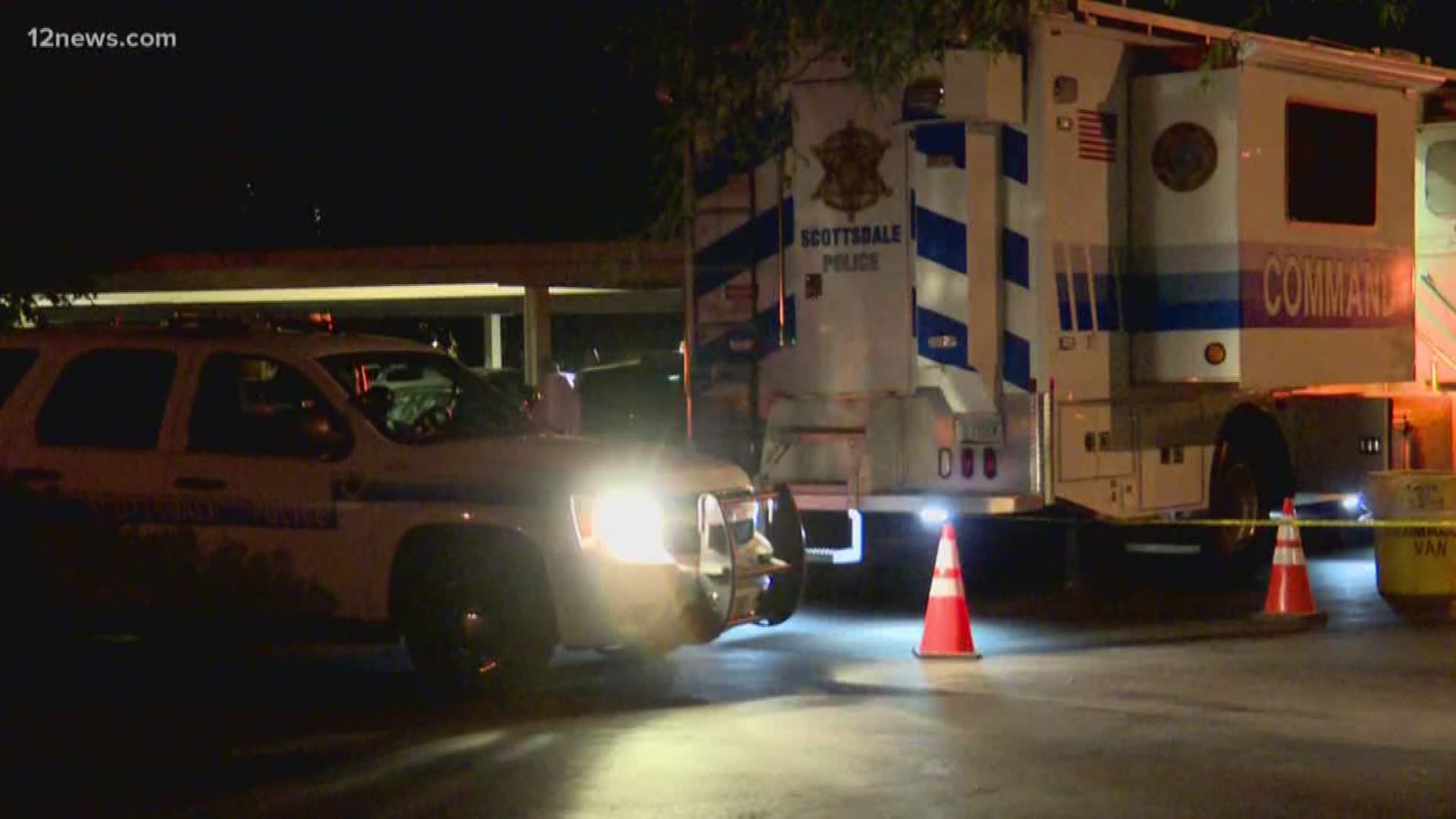 SCOTTSDALE, Ariz. — Scottsdale police say they are investigating a homicide at the Scottsdale Highlands Apartments where an unidentified man was discovered shot to death.

According to Scottsdale PD, police arrived at the scene after receiving a call from a concerned woman claiming to be the brother of the victim. Police say she arrived and discovered broken glass outside the apartment and called 911.

Officials say Scottsdale investigators believe the crime was not random.

Police are not releasing the identity of the man shot at this time and state they are in the early stages of the investigation.