Court documents show Collin Reeves had a BAC of .145 at the time of the crash according to a preliminary breath test. 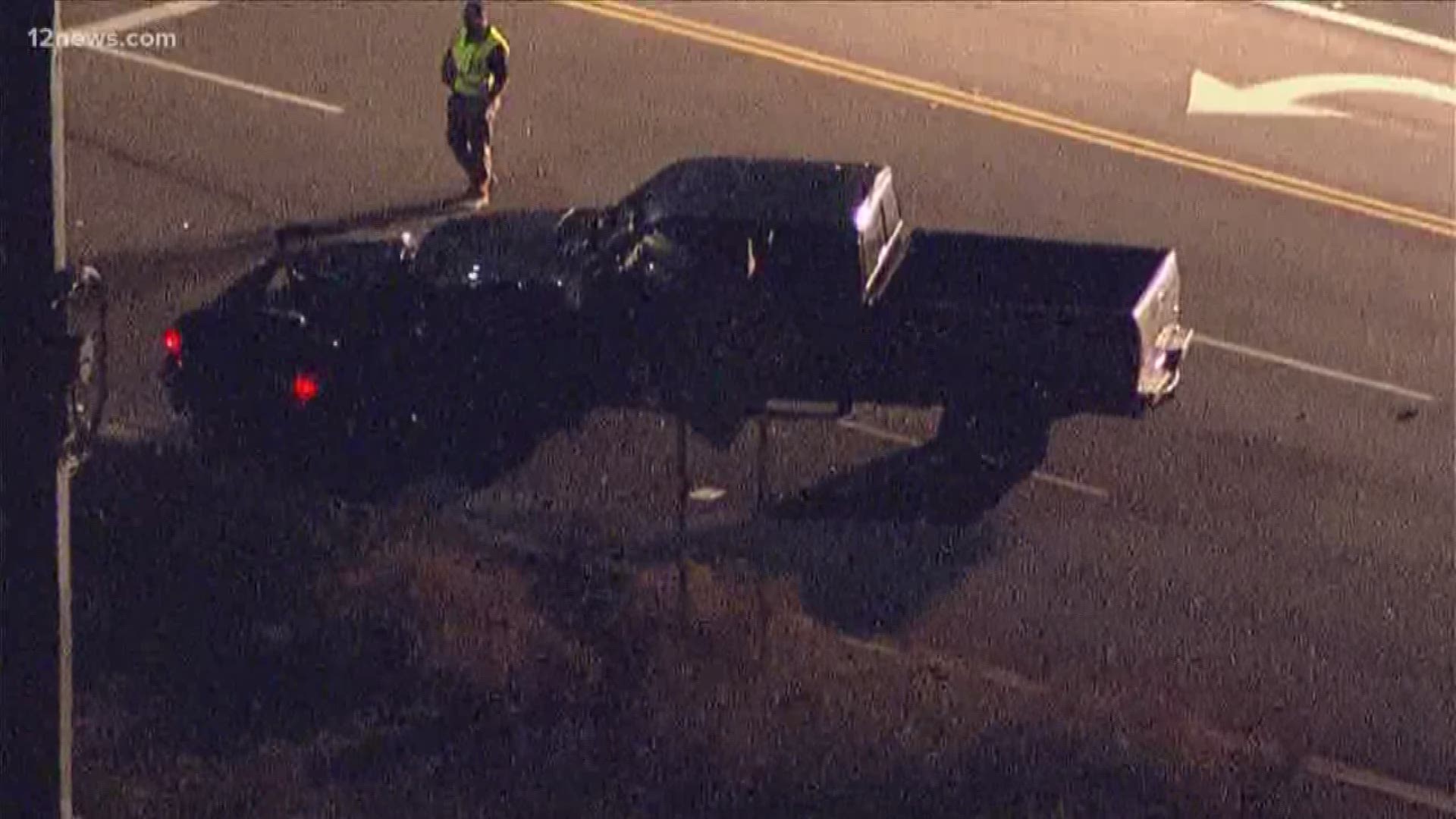 A Mesa man was arrested and booked for manslaughter after he allegedly drove drunk and caused a crash that killed two people near Scarizona Scaregrounds Friday night.

Reeves' truck collided with another car making a left turn. Reeves told police he had been driving home from a work function and only remembers seeing a yellow light.

EARLIER: 2 people dead in crash at Alma School and McKellips

The two people inside the car, 20-year-old Audrianne Dillard and 21-year-old Jesel Torres, were killed in the collision. A dog in the back seat of the car was also killed, according to court documents.

Court documents show Reeves had a blood-alcohol content percentage of .145 at the time of the crash according to a preliminary breath test.

He was arrested and booked into the 4th Avenue Jail for two counts of reckless manslaughter.

Police said alcohol impairment was a "contributing factor for the collision."

A Gofundme has been set up to help with funeral expenses.