Cindy McCain apologized Wednesday. She says she doesn't want the matter to distract from the "see something, say something" method of reporting human trafficking. 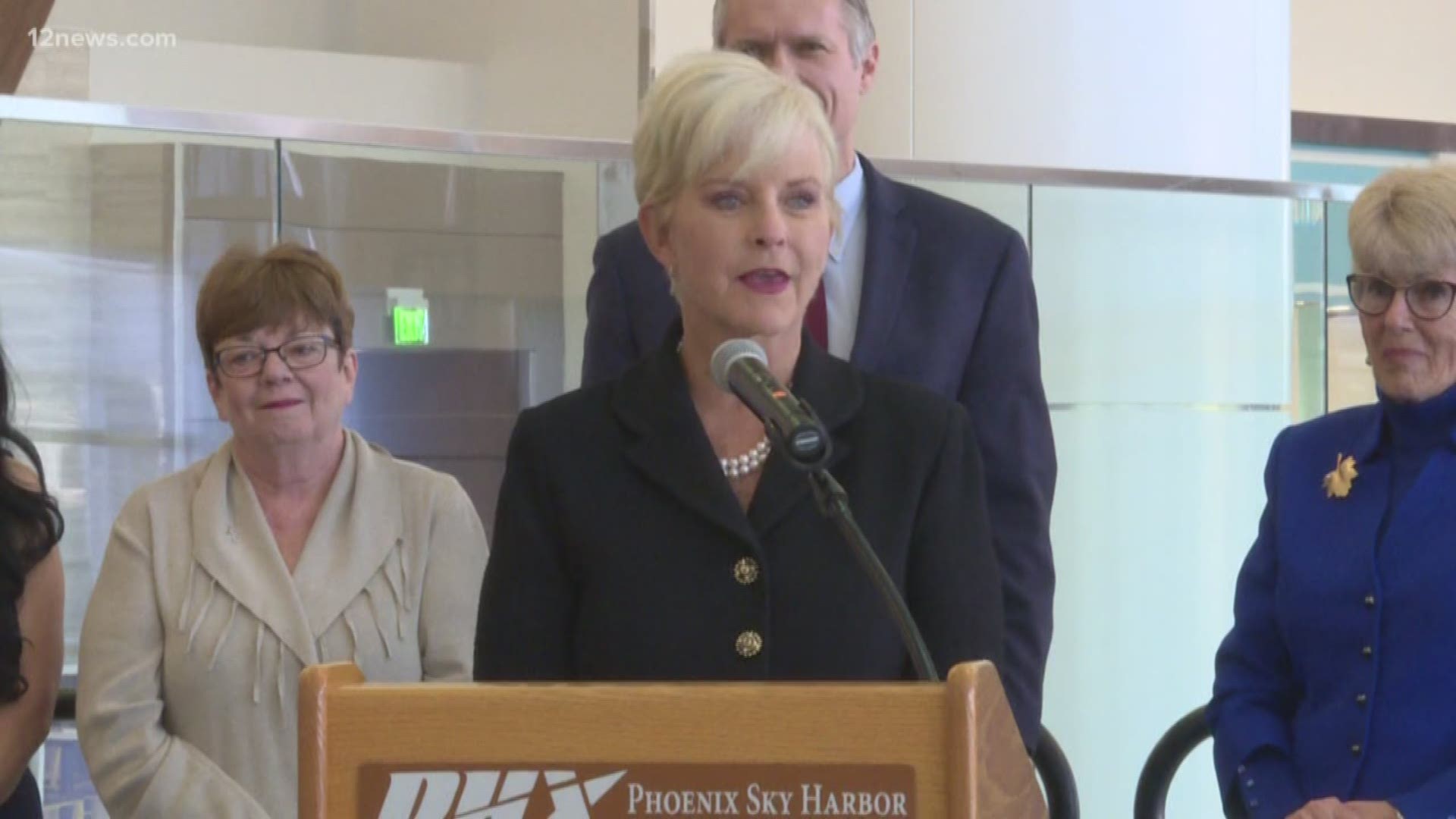 McCain, who co-chairs the Arizona Governor's Council on Human Trafficking, said Monday on "Mac and Gaydos – KTAR News 92.3 FM" that something didn't feel right when she saw a woman and a young child at the airport last Friday.

“I came in from a trip I’d been on and I spotted — it looked odd — it was a woman of a different ethnicity than the child, this little toddler she had, and something didn’t click with me. I tell people 'Trust your gut.' I went over to the police and told them what I saw and they went over and questioned her and, by God, she was trafficking that kid,” McCain said on the show.

"She was waiting for the guy who bought the child to get off the airplane," she added.

According to Phoenix police, officers did conduct a welfare check on a child at Cindy McCain's request. But police said officers determined there was no evidence of criminal conduct or endangerment.

Cindy McCain tweeted on Wednesday to clarify her previous statements.

“At Phoenix Sky Harbor, I reported an incident that I thought was trafficking. I commend the police officers for their diligence. I apologize if anything else I have said on this matter distracts from ‘if you see something, say something.’”